Too many good players; A good problem to have you would think! 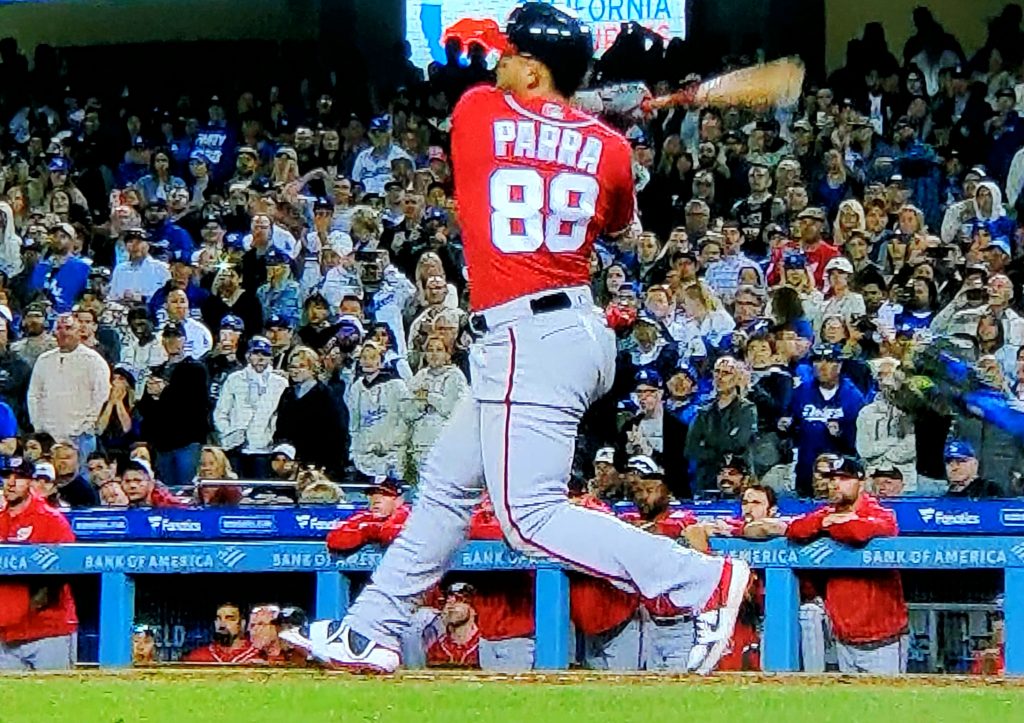 Just when you thought it could not get any better, general manager Mike Rizzo grabbed Asdrubal Cabrera as a DFA’d free agent on August 3rd to add to the mix. He had offers from the rival Mets and the Nats and chose to come back to D.C. In baseball terms, he is a virtual freebie as his old team (Texas) picks up most of the tab. This is the same route Rizzo has gone this year to get Gerardo Parra and Greg Holland.

This is “Droobs” second stint with a Nats team that has postseason aspirations. Previously, Cabrera was acquired via a deadline trade in 2014 with the Indians for Zach Walters and rode that 11 week tenure into an NL East division crown with the Nats. While he was a rental then, he signed with the Mets the next season as a free agent and then traded to the Phillies last year. When he was with the Nats in 2014, he had few highlights, but this time around he is mashing the ball. Teaming up once again with his former Mets hitting coach Kevin Long, Droobs got his hands lower and is launching balls again. Two baseballs have made its way deep into the far reaches of PNC Park for long home runs. His home run rate this season with Texas was 3.7%, and he is already at 5.4% as a Nats batter.

The biggest difference in Cabrera’s eleven games with the Nats is that slash line which is Ruthian so far, but can it last? In his small sample size, he is batting .324 and on-base at a .422 clip with a 1.044 OPS compared to that uninspiring .235 he batted with Texas and a .711 OPS that earned him a DFA from the Rangers. Just like Parra, the change of scenery has turned into a productive windfall for Rizzo’s team.

While you would have to be a dreamer to expect Cabrera to maintain those levels with the Nats, you certainly enjoy it while you get it. Brian Dozier is expected back today after going on paternity leave after his first child was born, and while Droobs won’t Wally Pipp anyone, he should have earned himself more playing time and a spot on the roster for the rest of the season (postseason roster TBD).

Right now all of this is a good problem to have with regards to finding playing time for all of these bench  players who have become part-time dancers with the opportunity to shake it freestyle in the dugout after home runs. Until September rosters expand, Dozier will send Adrian Sanchez back to the Minors for today, but what happens when Ryan Zimmerman,  Andrew Stevenson, and others join the team when rosters can expand on and after September 1st? Again, that should be a good problem if it keeps everybody fresh.

Fresh? That seems to be a word Nats manager Dave Martinez uses but rest has been only used for mainstays like Juan Soto,  Trea Turner and Anthony Rendon when there have been injuries or a couple of innings for an early shower on days where the Nats are blowing out an opponent.

“We’ll figure out ways to play them and keep them fresh,” manager Dave Martinez said. “We’re at the end of August, going into September. Like I’ve said before: Everybody’s going to get an opportunity. Everybody’s got to do their part for us to pull this off.”

Juan Soto has just struggled through the worst two days of his career after a magical day on Monday. He has gone 0-8 combined and half of those have been flailing strikeouts while stranding a dozen runners including plenty in scoring position. Maybe he needs one rest day before tomorrow’s anticipated sleepless night in Chicago because of Pittsburgh’s ridiculous night game on a getaway game. Will Davey stick to what he said last night and force a rest day on Soto to keep him fresh or hope he rakes tonight in the season finale against the Pirates.

Too many good players should be a good problem at this time of year you would think, but Davey Martinez is not Dusty Baker in rotating in infielders and outfielders and resting players at the more demanding positions although Baker had his moments when he went into panic mode and played Wilson Ramos in both ends of a doubleheader and the following day game, and it took its toll when Ramos had dead legs and later suffered a catastrophic knee injury in 2016. Former manager Davey Johnson called them mental health days when he rested players, and Matt Williams had to force Ian Desmond to sit in 2015.

“When things aren’t going the way you want them to go, sometimes it’s good to just hang out, get a day [off], relax, not do much, get some good treatment, get a nice lift in, whatever [you] need to do and then get back to work,” former Nats manager Matt Williams said in 2015. “This game, over the course of 162 [games] is a grind. It’s a cliché, but it’s really true. So when you’re an everyday player and you’re trying to fight through something, sometimes it’s good to have a day-off.”

When is FP Santangelo going to give this bench a nickname? He has come up with some good monikers in the past that have stuck. ln 2012, the Nats had another heralded bench affectionately known as the “Goon Squad” as Chad Tracy named them. They also had a shark who was known as Roger Bernadina on his baseball card, and their song that got everybody singing was the walk-up song of Mike Morse‘s “Take On Me” by A-ha. Like that bench, their  intangibles transcended traditional statistics.

You also have to wonder when all is said and done — how and when Rendon and Turner will get a day-off. One suggestion would be to play Rendon at shortstop and Asdrubal Cabrera at 3rd base to get Turner a day-off and then Cabrera could spell Rendon for a day. The Nats also could bring up both Kieboom brothers in September as Carter Kieboom is raking and Spencer Kieboom handled this pitching staff for many games last season. The younger Kieboom has played third base, shortstop and second base in the Minors.

This will be interesting to watch and especially as Davey juggles playing time at first base between Matt Adams,  Zimmerman and Howie Kendrick along with Parra who has played there and Cabrera who has been getting work there too. Okay, think positive that this is a good problem to have.