The Nats bounceback to claim this series with 16-runs scored! 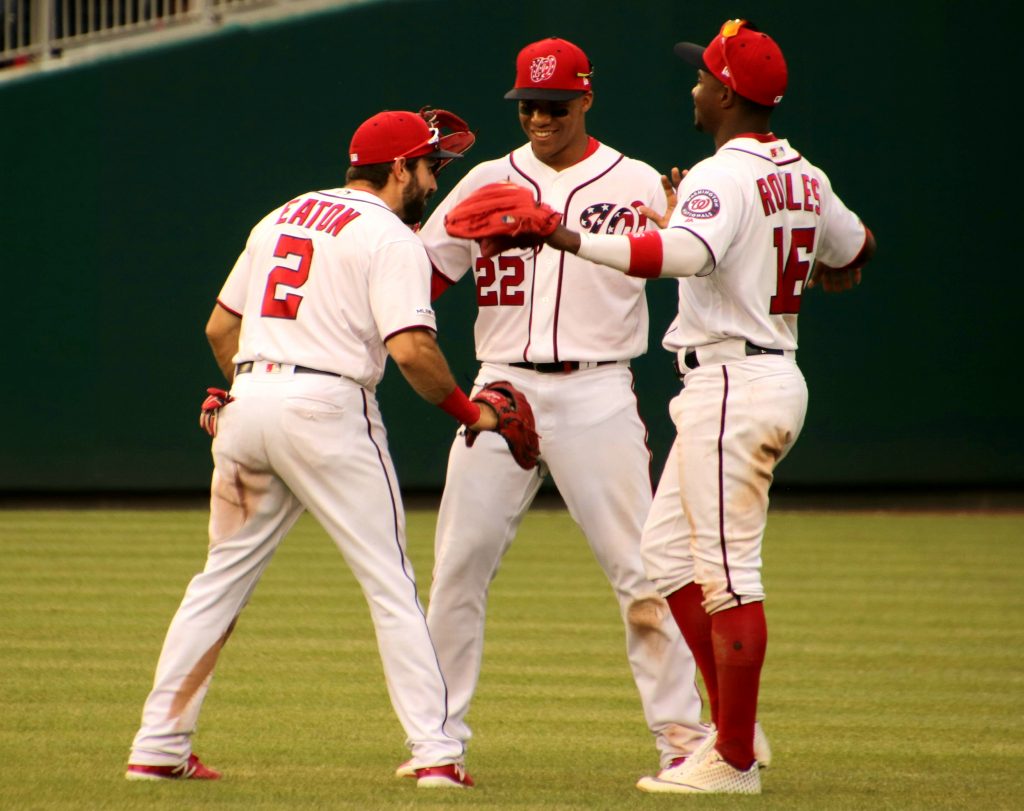 The Nationals offense stepped on the gas pedal and did not let up in this game in which they scored 16-runs on 19-hits which also included eight home runs. The starting outfield trio of Juan Soto, Adam Eaton, and Victor Robles combined for four home runs on six hits. Soto hit his 50th career home run today to join that 50 home run club for players younger than 21 in which there are only three members and the other two are Tony Conigliaro (56) and Mel Ott (61).  Speaking of home runs, every Nats starting position player had a home run except for Yan Gomes and Trea Turner, but don’t feel bad for them as they had multiple hits just like every spot in the lineup except for the pitcher’s spot.  The final score: 16-8

The other good news, the Nats saved the bullpen today as they only needed to pitch Matt Grace and newly activated Kyle McGowin to eat innings after starter Erick Fedde finished at five innings. The main parts of the bullpen got to rest after everyone worked last night in the 14-inning marathon.

After the game, the Nats will head to Pittsburgh on their Delta charter to start a road trip through the NL Central with four against the Pirates and three more against the Cubs next weekend. All signs are that Max Scherzer will be inserted into the starting rotation on Thursday which could set Joe Ross tomorrow followed by Stephen Strasburg on Tuesday and Patrick Corbin on Wednesday. That could set Anibal Sanchez on Friday, and either Ross or Fedde on Saturday and possibly Strasburg on Sunday.

This win today moved the Nats to back to 11-games over .500 and widened their lead in the Wild Card by beating the Brewers who are one of the teams behind the Nats. With the Phillies loss today the Nats have a 3 ½ game cushion over the Brewers and the Phillies, and the Cubs are the team in the second Wild Card spot.

There are two strategically placed days-off for the Nationals a week from Monday and a week from Thurday on August 29th with an Orioles series in between at Nats Park then the Nats have the Marlins for a 3-game series to complete the August calendar.