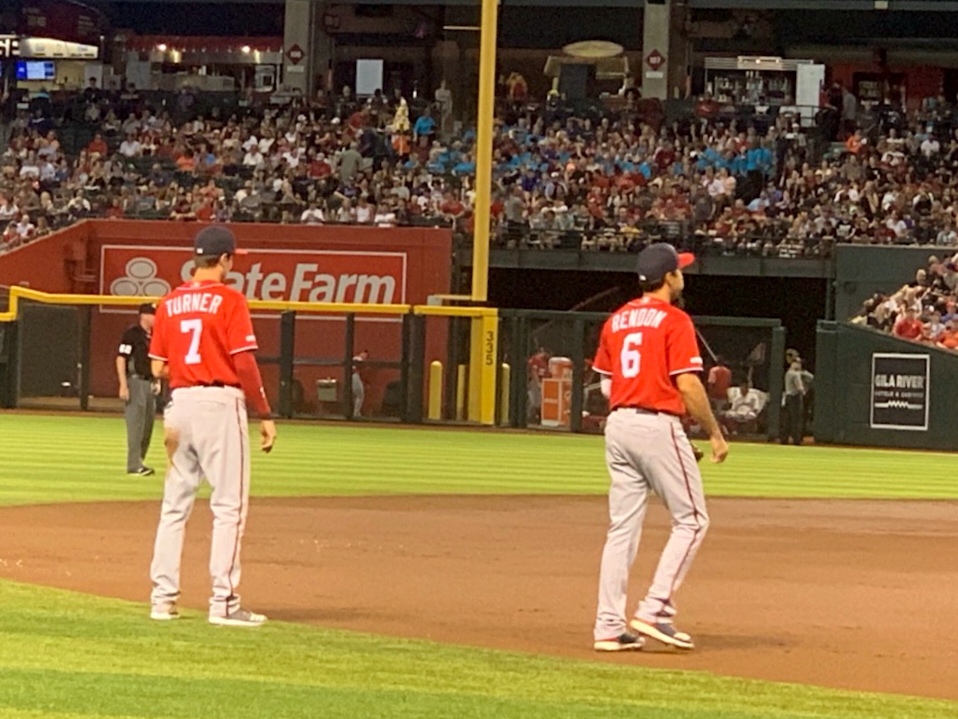 This was one of those signature wins from the Nats who only had 3-hits and no home runs yet they scored the only two runs they needed to win this one behind some small ball along with some exceptional pitching by starter Patrick Corbin, Daniel Hudson, Hunter Strickland, and closer Sean Doolittle. The Nationals won this game by a final score of 2-1 which left no margin for error in a game that the Brewers seemed to have runners on-base most of the night — because they did in every inning except the second inning. The Brewers got a 7-inning gem from Adrian Houser, and the Nats won this one off of the Brewers bullpen after Trea Turner worked a lead-off walk then took second base on an Adam Eaton bunt and scored on an Anthony Rendon double much the same way the Nats scored their first run of the game thanks to Turner and Rendon.

The 9th inning was a blood pressure pill inning whenv Sean Doolittle walked the Brewers’ lead-off hitter on four pitches and then had to go through reigning MVP Christian Yelich, Ryan Braun, and Yasmani Grandal, and Doolittle got it done for his 28th save of the season in his 53rd game which just tied his number of appearances in the entire 2017 season when he was 31 years old. In a two strike count, Doo used his only slider of the fifteen pitches he threw at an opportune time to strikeout Yelich then he got Braun on a groundout and Grandal on a shallow flyout to end the game. In all, the Nats’ closer threw thirteen fastballs, one slider, and one split-changeup to keep the Brewers off-balance. Unfortunately he walked a batter and only had one swing and miss pitch which was on that slider against Yelich.

“When your starting pitcher goes out there and competes like Pat did and keeps us in the game we always have a chance,” manager Dave Martinez said. “That’s the way we feel. I tell the guys it only takes one more [run] than the other guys so just keep playing the game.”

With this win, the Nationals moved to 11 games over .500 which is a new high for the season, and  extended their winning streak two five games. Also, they picked up another game on the Braves who are struggling to hold on to their lead in the NL East which is now only separated by three games in the L column.