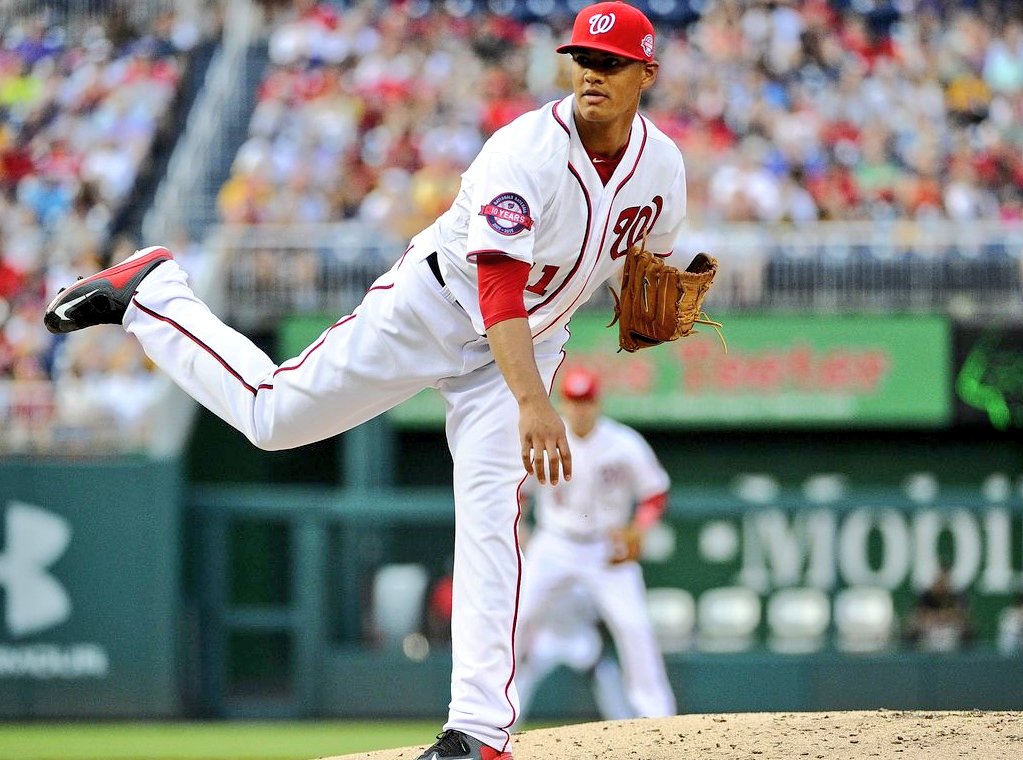 Joe Ross could be the spot starter on Saturday

For the third game in a row, Joe Ross dominated and while his shutout streak ended at 18 innings, he finished tonight with 6 2/3 innings of one run baseball with help from his defense as Victor Robles for the second night in a row had a key outfield assist which is tied for tops in the Majors at nine. Daniel Hudson came in for a 4-out save, and Hunter Strickland and Wander Suero threw a 2 1/3 inning shutout. The offense was courtesy of the speed of Robles to score the first run on a non-force play doubleplay along with solo home runs by Juan Soto and Brian Dozier for a Nats 3-1 win.

The game entered the 9th inning as the skies opened as the predicted rain came just as Daniel Hudson came out for the save. The top of the inning started with a double which put the tying run in the batter’s box, and Hudson did a good job to hold off the Reds to seal the win for Joe Ross, and the Nationals.

With this win, the Nationals now have a modest 3-game winning streak as the team moves to 9-games over .500, and they will pick up games against teams in the Wild Card chase. The last time the Nats were 9-games over .500 was on July 24th which was the high point in the season.

The Nationals also got some good news on Max Scherzer who threw a “sim” game at Nationals Park earlier today. Scherzer is scheduled to pitch a bullpen session on Thursday which could mean that the Nats ace might pitch on Sunday against the Brewers or throw another “sim” game or a rehab start in the minors. With Joe Ross and Erick Fedde pitching so well, the Nationals do not have to rush Max Scherzer back on the mound.