Doolittle redemption as the main bullpen arms and bats win it! 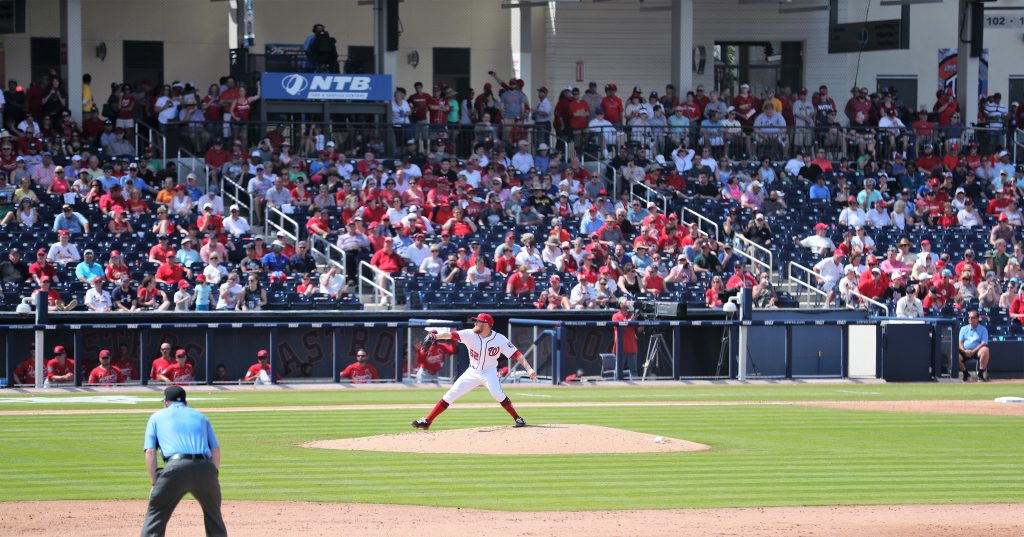 The Nats won this game that on paper looked like a “lock” for a Mets win with Jacob deGrom on the mound facing Anibal Sanchez. While deGrom gave up no earned runs, he exited in a 3-3 tie after the 5th inning due to three unearned runs, and the Nationals pounced on the Mets bullpen giving Sean Doolittle a 3-run lead to work with after a Victor Robles 2-run home run in the spot once occupied by Juan Soto who exited with a sprained ankle. It was Asdrubal Cabrera, the former Mets infielder, who knocked in 2-runs for the game winning RBI in this 7-4 win.

Soto says he’s okay, feels better, he could maybe even play tomorrow. Says he didn’t want to come out but made joke with trainers he came out so Victor Robles would hit that HR haha. Great to see him in good spirits! #Nats

Everyone watching today’s game had to hold their breath as Juan Soto got a late “stop” sign from third base coach Bob Henley on the Cabrera bases loaded double, and Soto clearly was hobbled after he was motoring around third base and given the abrupt halt by Henley. Soto stumbled and twisted his ankle which was initially feared to be an achilles injury. On the MASN postgame show, former third base coach Bo Porter felt that Henley did not get far enough down the line to be in proper position to make a better read. The Nationals did an x-ray on the ankle which manager Dave Martinez said came back clean, and Soto is listed as day-to-day.

The Nationals bullpen was excellent except for Matt Grace who gave up a lead-off double that scored which was the only run given up in the four innings the bullpen covered. After Anibal Sanchez gave the Nationals a matching outing to what deGrom put up, he exited with a no-decision in a 3-3 tie. The main objective was achieved as the Nationals got the win to avoid the sweep and picked up a game on the Mets who will have three games coming up on Tuesday to Thursday against the Atlanta Braves. The Nationals snapped the Mets eight game winning streak.

It was Sean Doolittle who came in for the 9th inning with an identical three run lead, and this time Doo went 1-2-3 for an easy 9th after he had the blown-save-loss on Friday. Redemption is a wonderful answer to all of the doubters while backing up your manager who puts faith in you, and that is what Nationals manager Dave Martinez did.

“I could tell you something about our bullpen against a team that’s coming in swinging the bats the way they’re swinging,” Martinez said. “To get four innings out of the bullpen today, they did a great job.”

For the offense, the Nationals made noise in the first inning after Trea Turner and Anthony Rendon singles followed by a walk to Juan Soto walk to load the bases, the Nationals got their first big break of the series as Asdrubal Cabrera grounded a ball off the line that first baseman Pete Alonso fielded and threw wildly to deGrom to clear the bases on the throwing error. Anthony Rendon would finish the game with four singles, and the big hits came from Cabrera and Robles. Unfortunately, Matt Adams and Gerardo Parra were victims of seven combined strikeouts, and Adams stranded seven runners. Homeplate umpire D.J. Reyburn had an erratic zone today, and he got an earful from Parra and some other Nats.

The Nationals head back home on their Amtrak charter to Washington, D.C. for a 3-game series against the Cincinnati Reds. In the Wild Card chase, the Nationals held onto the first spot in the N.L. followed by the Cardinals who are a ½ game behind in the second Wild Card spot. The Brewers, Mets, and Phillies are in the three to five spots in the chase behind the Cardinals for that second spot. 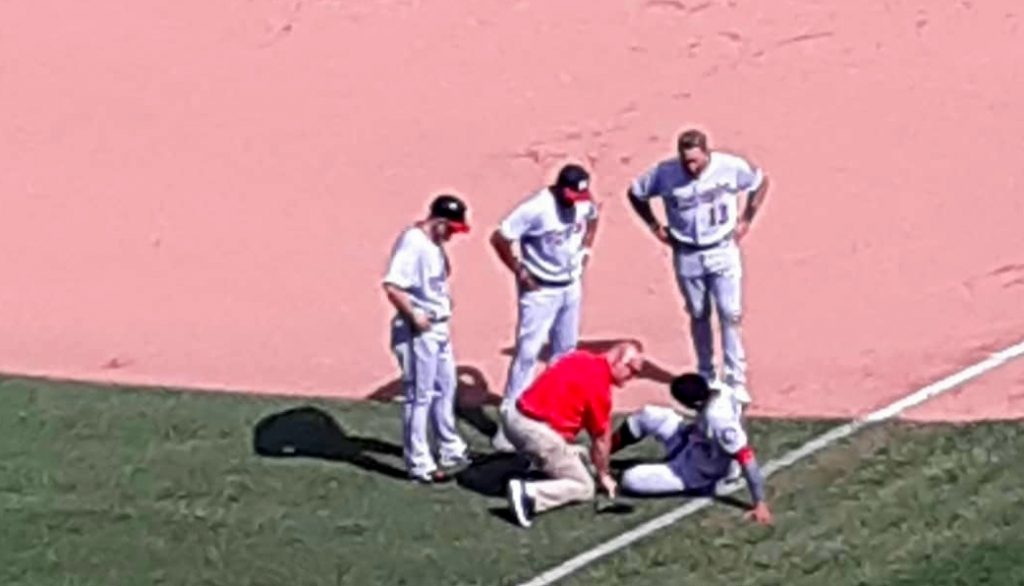