Game #95 This is the series of the year in Atlanta! 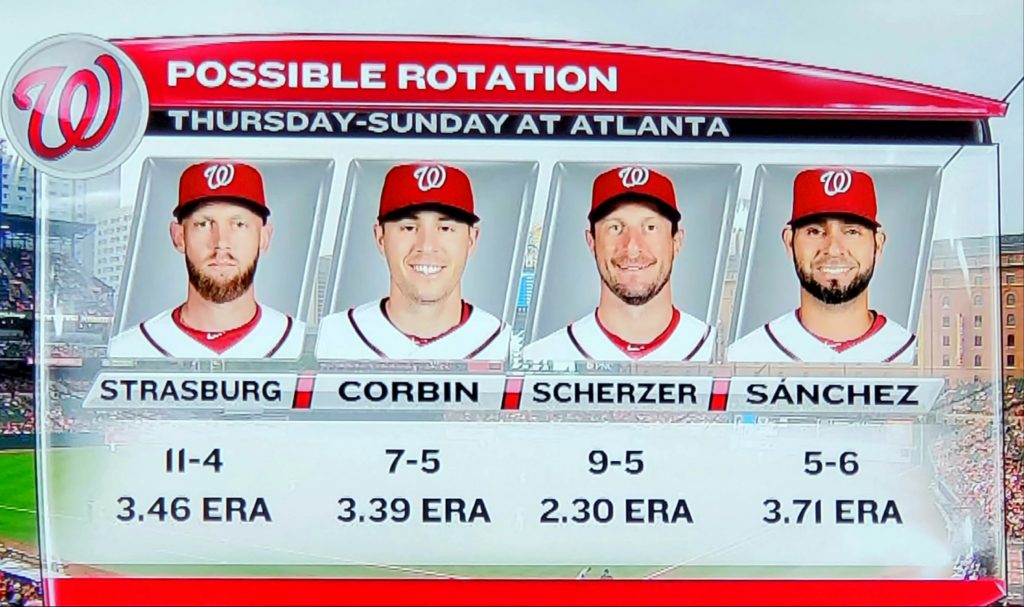 The schedulers backloaded over 60% of the Nats/Braves games after the All-Star break. For high drama, it will work out well for the fans and the networks. ESPN has flexed the Sunday afternoon game to be their Sunday night game. So far these teams have only played 5-games, and the Nats lead the season series 3-2 including a 2-game sweep in Atlanta. The Braves and Washington  Nationals are separated by 6.5 games in the standings, and they are arguably the two hottest teams in the league since the end of May. Now they will face-off in this 4-game series in what could determine whether the Nats are NL East contenders or a team just in it for a Wild Card berth.

Much of the drama coming into the series is who pitches for each team on Saturday and Sunday. Both teams are dealing with injuries,  and the Nationals are unsure if their ace, Max Scherzer,  will be ready to pitch on Sunday. The last time we saw Scherzer on a mound was in an Expos jersey. He will try to throw a bullpen session today, and if he feels great he will start Sunday. If he is not 100 percent he will remain on the 10-day IL.

The Braves placed starter Max Fried on the 10-day IL with a blister making their Sunday starter uncertain and their current #5 starter Bryse Wilson has been ineffective.

The best guess at the starters for this series could look like this:

The sleep-deprived Nationals arrived in Atlanta at 3:14 am and to their hotel rooms after 4:00 am. The Braves flew back from Milwaukee earlier yesterday after a getaway afternoon game and were fast asleep before midnight.

The enormity of this series and a large raucous crowd in SunTrust Park should get the adrenaline going for the Nats players even with the lack of sleep. The Braves have lost two games in a row and hopefully the Nats advanced scouts have some tricks up their sleeves to thwart them. Josh Donaldson is the one that a scout told me that mistakes to him inside are being hit a long way, and the best strategy on Freddie Freeman is to consider the situation because walking him could be your best strategy in frustrating him. The Brewers starters frustrated the Braves in their 3-game series this week giving up only 5 runs but 4 of those runs were courtesy of spot starter Adrian Houser. Between Chase Anderson and Brandon Woodruff, the Braves only scored one run over the last two games. Follow what they did, and that is why advanced scouting is so important. The scout we talked to said they kept Ronald Acuna chasing pitches and made him a non-factor going 2-12 in their series with no RBIs. 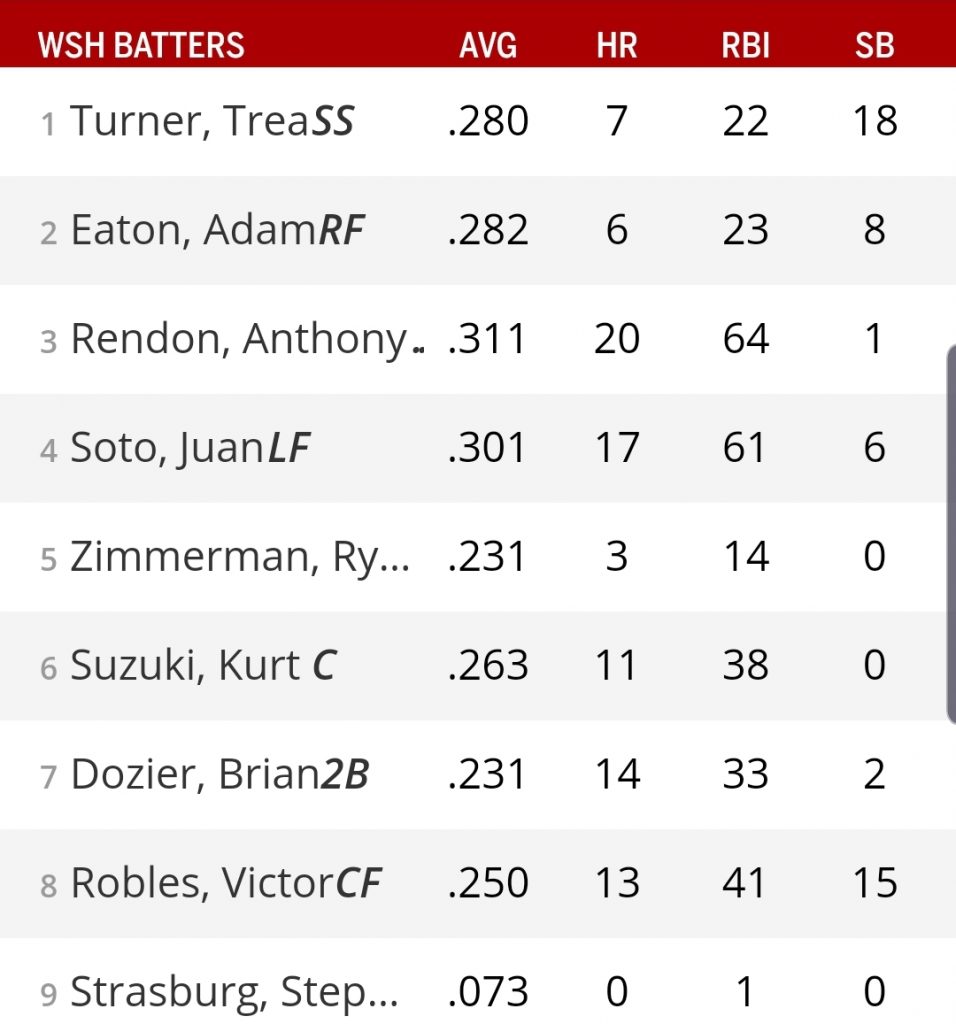