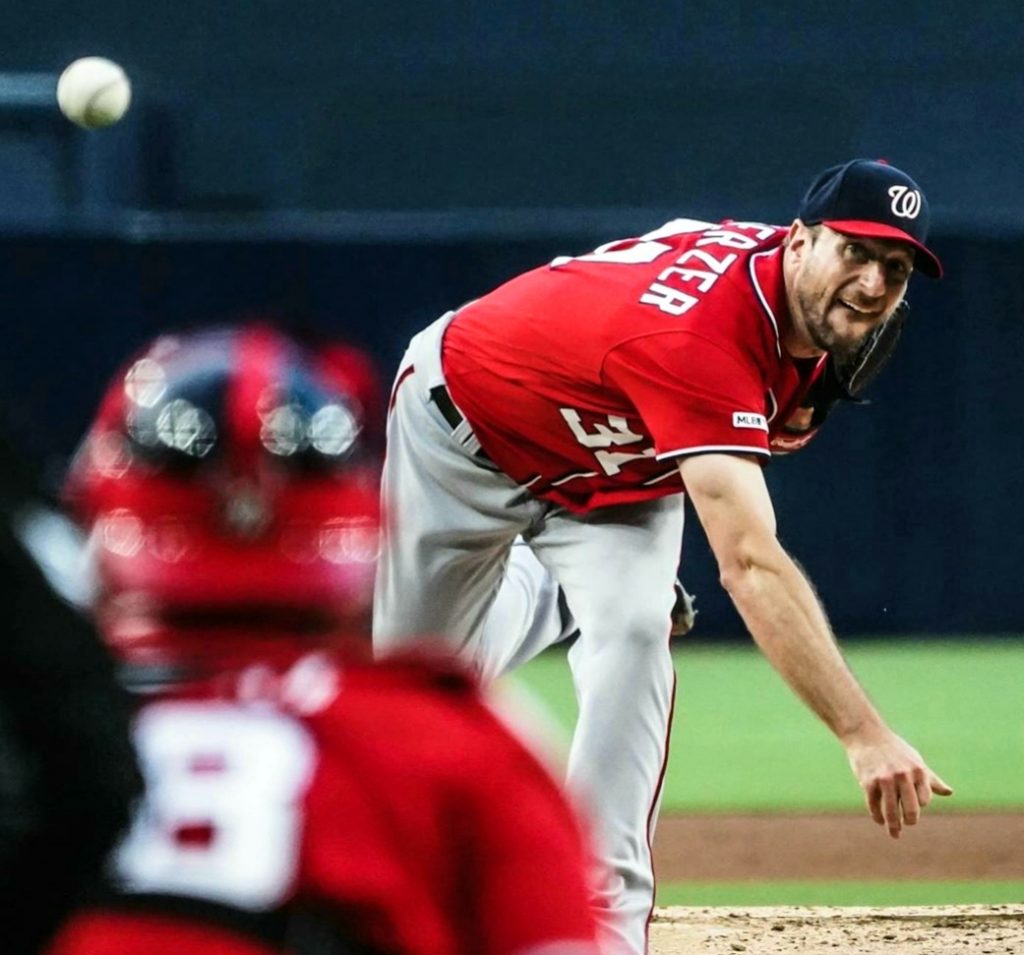 This afternoon marks the first time Max Scherzer has been on the Comerica Park mound since September 25th of 2014 in the 6th inning against the former Washington Senators (Minnesota Twins). Scherzer of course was a pending free agent that season, and a year removed from winning his first Cy Young award. Scherzer’s hopes for postseason success that season with Detroit was short-lived as the Tigers were bounced from the postseason in a 3-game sweep, and Max never got to pitch again in Comerica for the Tigers. Scherzer’s pro success began in Detroit after the Diamondbacks traded the struggling second year starter in a blockbuster three-team trade. In Scherzer’s age 28 season, he became an ace which led him back to general manager Mike Rizzo who scouted him when he was with the Arizona Diamondbacks. After signing his $30 million per year, $210 million contract, with the Nationals, Scherzer perhaps is having his best season ever after he fixed his curveball and changeup at the end of May. Is there anyone better about self-improvement than Max Scherzer?

Scherzer faces Jordan Zimmermann figuratively since there is a designated hitter in effect. Zimmermann starts today for the Tigers, and he was the original ace drafted by the Lerner ownership group. JZim threw the first no-hitter in Nationals history, and had perhaps the best postseason start in Nationals history that ended in a no-decision when he exited with a shutout and a man on first base in the 9th inning of the 2014 NLDS. A game that will debated forever by Nats fans as to whether JZim should have finished the game with Buster Posey ready to bat and Pablo Sandoval in the on-deck circle. Zimmermann like Scherzer, departed the team he had so much success with for a large payday, but their trendlines have been almost polar opposites as JZim has fought injuries since his first season in Detroit in 2016.  In fact in 2015, Scherzer and JZim were on the same staff of aces along with Stephen Strasburg, Gio Gonzalez, and Doug Fister in the “Where’s My Ring” season that turned into the end of the Matt Williams era.

The last time Max Scherzer faced the Detroit Tigers it was a more powerful offensive team, and Scherzer struck out 20 Tigers in that game in Nationals Park. Jordan Zimmermann never got to face the Nationals in that series, and he takes his 5.95 ERA and 0-5 record into this game with the hopes of finding himself. Zimmermann and Scherzer represent all of the three no-hitters in Nationals history with Wilson Ramos catching all three.

“[Matt Adams’] work ethic is incredible. He swings a lot [in batting practice],” Martinez said. “Just now it’s about keeping him engaged. Trying to get him on the days he don’t play, at least get him an at-bat, pinch-hit somehow, just to keep him going. Him and Howie  have been really good back there. I think together they’re one of the best first base combinations right now in the league then you throw in a guy like Zimmerman in the mix now. For me, it’s a good problem to have cause if we can keep all of them healthy and keep them going.”

For manager Dave Martinez, he is giving Matt Adams the start today at first base and will go with Howie Kendrick at the DH. The birthday boy Trea Turner who is leading off today is 26 years old. Martinez could have inserted Gerardo Parra but he recently struggled against JZim batting 1-7. 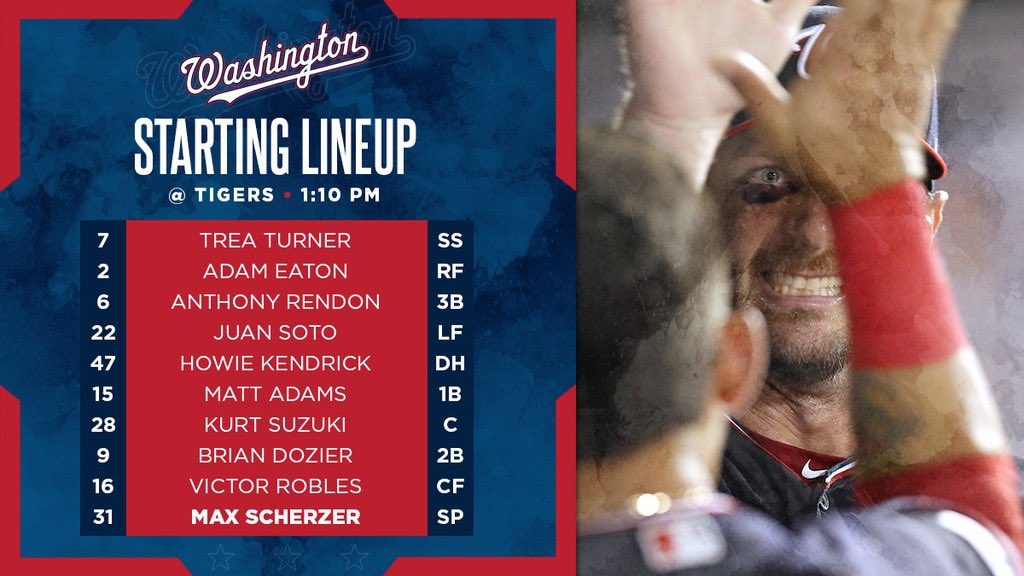