The #Nats have a big decision after this game on who flies to Detroit! 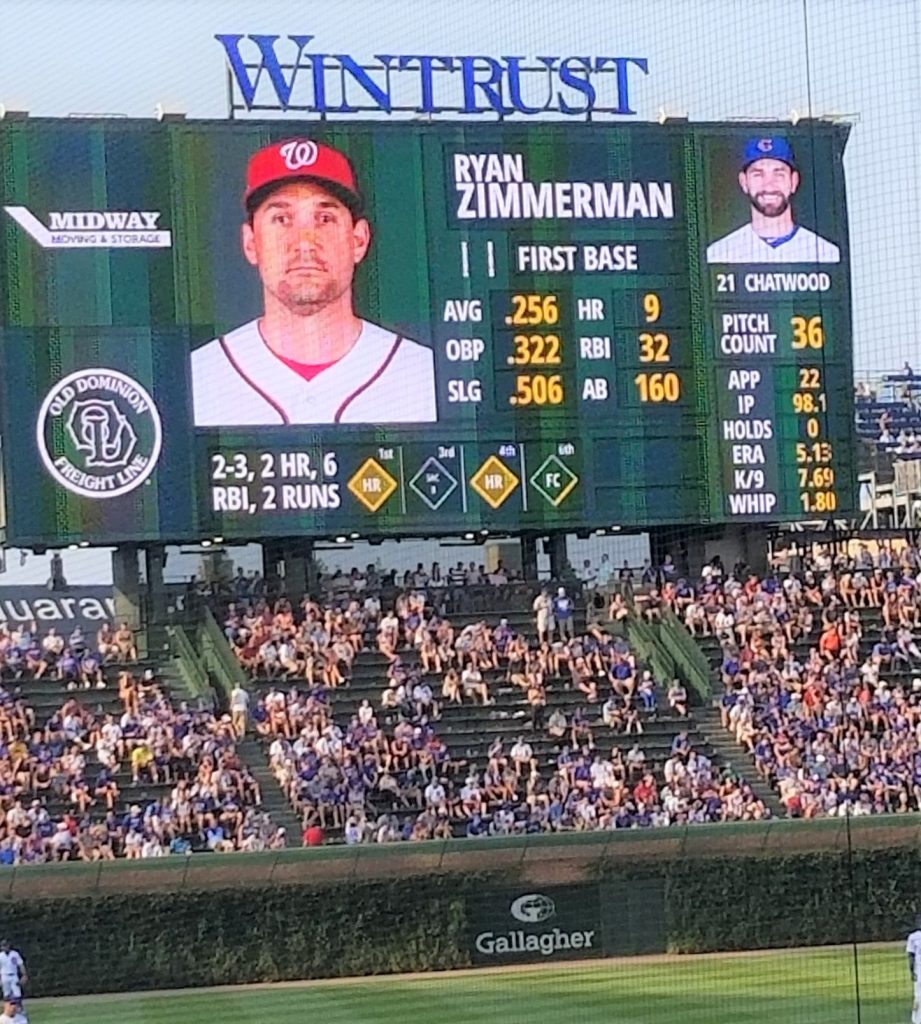 All signs point to Ryan Zimmerman joining the Nationals in Detroit when he will be officially activated off of the 10-day IL. Technically, Zim has been on the IL for nearly two months as he rehabbed back from plantar fasciitis in his right foot after he was placed on the IL on April 28th. Zimmerman has had a season to forget. Like last year, he has struggled mightily against right-handed pitching (.185 BA/.686 OPS), but he was not exactly punishing left-handed pitching (.286 BA/.652 OPS) either. Worst of all was his RISP batting average of .095. Maybe Zim will return and rake, and April will be forgotten.

The Nats already have one of the best first basemen in baseball, and his name is Kendams. Yes, that is a conglomeration of Howie Kendrick and Matt Adams, and manager Dave Martinez has been platooning them brilliantly. Both Kendrick and Adams are above that important .800 OPS level, and in fact, Kendrick is at .956. Both players are winning games for this team. Adams last night cranked another 3-run tater to put his team ahead as he has done a few times including a walk-off home run. Even Gerardo Parra has played some first base, and he appears to be the Nats best defender there.

So what will Martinez and general manager Mike Rizzo do with Ryan Zimmerman when you cannot find enough playing time for Parra and Adams? That is not even the biggest question. Who leaves the roster to make room for Zim? The finger points to either Michael A. Taylor or one of the four lefty relievers in the bullpen — but Matt Grace, Tony Sipp, and Jonny Venters do not have options. The same for everyone in the bullpen except for Tanner Rainey and Wander Suero who are the only two members of the bullpen with options to the minor leagues. Either Rizzo finds a creative 10-day IL solution, trades a player, or DFA’s a player or uses Taylor’s last option which would make Parra the fourth outfielder on the bench among a glut of first basemen. One player on the field today will not be boarding the team charter jet to Detroit.

“We haven’t decided what kind of moves we’re going to make. He went 0-for-4, but he said he felt good,” Martinez said. “He made some good defensive plays. We’re going to see how he rebounds today and go from there. But he said he’s progressing well. He said the baseball soreness is getting out of him. He’s getting used to playing again. So that’s good news.”

Last year Ryan Zimmerman destroyed left-handed pitching .377/.476/.667/1.143, but as mentioned has been rather pedestrian against lefties this season when given the opportunity. Last year, Zim only hit righties at .228 so the back of the baseball card showed that this trend is not a fluke. Last year in the second half, Zim was hot and batted .295 with a .911 OPS. When Zim came back, Adams was banished to the bench and went ice cold. There is no guarantee that Zim will rake when he comes back, and truth be told, Zim went cold in September and batted only .268 with a .732 OPS. He had a 30-day hot streak in late July and into August, but the overall picture was still murky. The real issue that the day Zim came back, Matt Adams was raking and had better season totals (.287/.359/.574/.934) than that .911 that Zim put up in the second half.

“It would be advantageous for us to start him in a position where he could DH or play first base,” Rizzo explained about Zimmerman coming back in an American League city.

That makes sense, but you also want to keep Howie Kendrick off of his feet during the summer grind. The Nationals are projected to face the left-handed Daniel Norris on Friday night with a TBD on Saturday and the right-handed former Nats pitcher Jordan Zimmermann on Sunday. 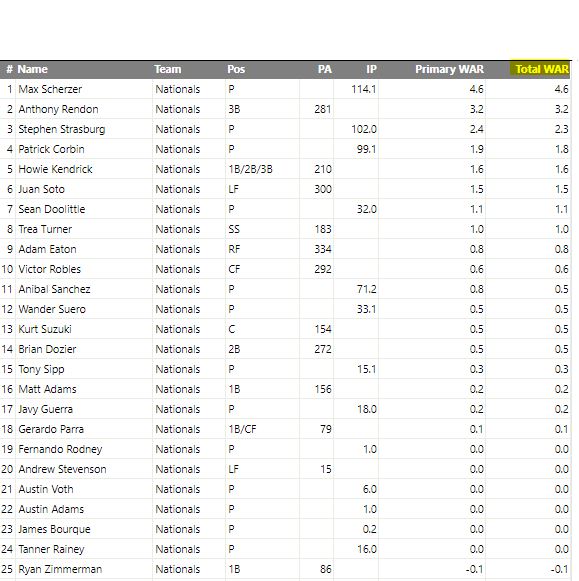 By the way, Zimmerman’s stint in Harrisburg if it ended yesterday will finish with a .188 batting average and a .423 OPS. He went 0-4 in yesterday’s game against the Akron Rubber Ducks as Zim played all nine innings at first base. He put up 0-8 in his last two games and was 3-16 at Harrisburg.

“We have to be really careful with him,” Martinez said. “And I’ve talked to him about it. He’s not going to come here and play every day nine innings. And he understands that Howie and Matt are both doing well, so they’re going to get some playing time as well. For me, it’s a good problem to have. Because regardless if they start or not, you’ve got two guys on the bench that can really do some damage somewhere along in the game. That’s a good problem to have, for me. We’ll figure all that stuff out once he’s ready and he gets here, and we’ll see how he’s doing on a daily basis.”