Anibal Sanchez with the win as Trea Turner keys the offense! 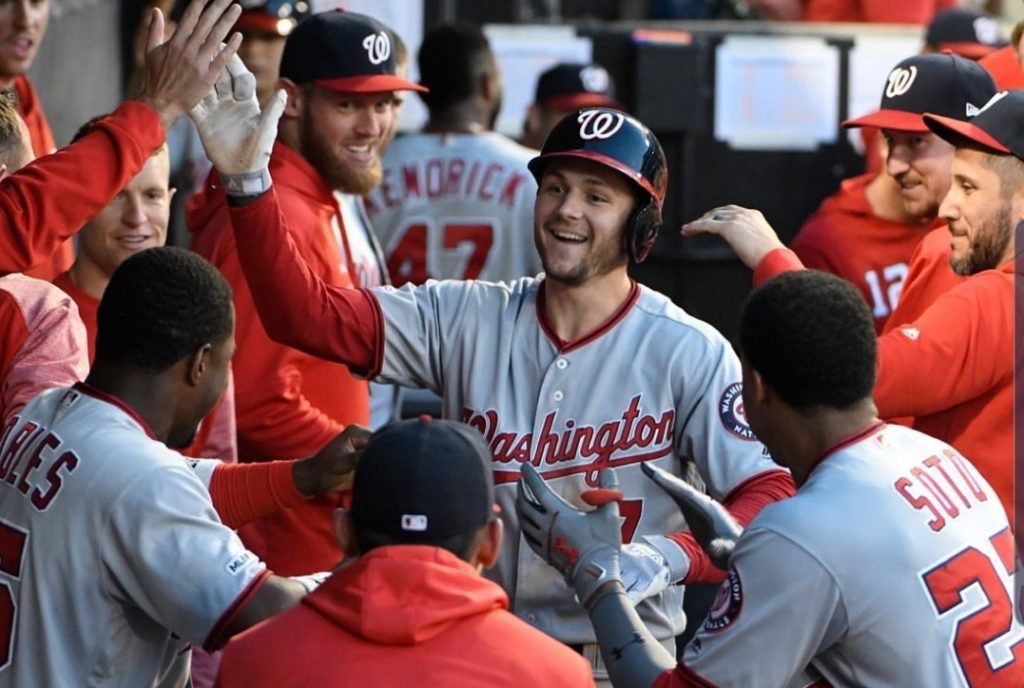 In this game, Anibal Sanchez rolled and delivered a 1-run 6.0 inning performance, and the offense erupted for 12-runs with all spots in the line-up with at least one hit. Trea Turner was the offensive star as he was just a single shy of hitting for the cycle. The last time the Nationals saw 4.0 games under .500 was on May 4th until tonight as the team is now back to that point, and they picked up a full-game on the Phillies who lost tonight and have fallen into a tie with the Braves atop of the NL East. With this win, the Nats are 6.0 games from first place in the NL East with 96 games remaining in the regular season.

Most of the bullpen got to rest tonight as Tanner Rainey, Tony Sipp, and Trevor Rosenthal closed out the game without allowing a run to score in a 12-1 final in Chicago. With an 11-run lead, Rosenthal got the call for the ninth inning. He started the inning issuing a walk on four straight pitches, and then induced a doubleplay ball on a spectacular diving stop by Trea Turner who did it all tonight. Baby steps for Rosenthal as that was not exactly a high lev situation.

“He looked comfortable,” manager Dave Martinez said about Rosenthal. “He looked like he repeated his delivery.”

The first three questions of the post-game media session with Martinez was about Rosenthal. The rest of the team was excellent. While the White Sox called up the righty Odrisamer Despaigne who many of the Nationals players had troubles with until tonight as they knocked him out of the game in the 6th inning with a 3-1 lead. After he departed, the Nationals torched the White Sox bullpen including a 9th inning grand slam by Kurt Suzuki who was the last Nats’ starter to tally up a hit in the game. This was Adam Eaton‘s first trip back to Guaranteed Rate Field since he was traded by the White Sox, and Eaton was 3-4 in the game with a walk.

“We had good at-bats today. What I really like is just putting the ball in play and moving the ball and not swinging for the fences,” Martinez said. “After missing seven weeks and not playing game speed, it takes a little bit to catch up. I think now you are now starting to see Trea play like he is capable of playing.”

“We have Trea getting on-base and leading-off it creates a lot of havoc,” Martinez said. “You got him and Eaton behind him. Those two guys get on for Rendon and Soto it gets us going.”

The bad news of the game is Matt Adams pulled his oblique and most likely will land on the 10-day IL. Adams had been playing well, and Martinez said his first baseman hurt himself on a check swing. Fortunately, Gerardo Parra can play first base as well as Howie Kendrick, and the Nationals could activate Ryan Zimmerman off of the IL if they believe he is healthy. Otherwise the team is in need of lefty thump, and the Nats do not have that sitting around in the Minors and they might just callup Andrew Stevenson to get another lefty bat for the bench.

Washington has won 12 of 16, and pulled to within six games of first in NL East. https://t.co/73Mbzyap1m