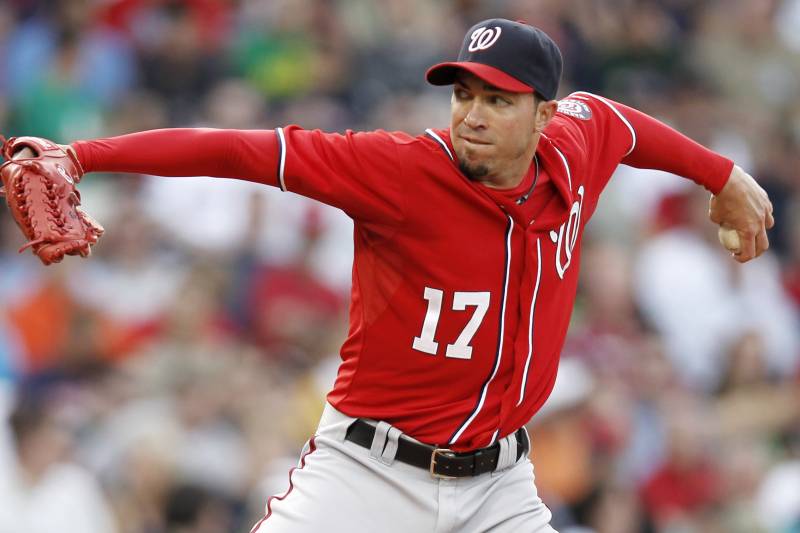 The team of Nibley and King scored a major victory when they got the elusive Sean Burnett for an exclusive interview immediately after Burnie announced his retirement and then agreed to appear on the latest installment of the TalkNats Podcast.

Because Sean Burnett does not have social media, many were taken by surprise that the popular lefty reliever was hanging it up…for now. This season he was back in Syracuse in Triple-A, but this time he was Mets property and this week he knew it didn’t feel right and it was time to retire. It just so happens that he lives minutes from the Nationals complex at West Palm Beach and would like to work for the Nats in the future. He feels he could take his experience and could coach up minor leaguers. For now, he will spend time with his family and watch his own son play baseball.

You will hear from Burnett about that magical 2012 season plus the heartbreak of Game 5. He tells behind the scenes stories of how Jayson Werth transformed the Nats and manager Davey Johnson‘s optimism, and Burnie’s take on the Stephen Strasburg shutdown.

Later in the show, Jamal Collier from MLB.com and the Nationals beat joins the guys to discuss the future employment of manager Dave Martinez and G.M. Mike Rizzo along with the historically bad Nationals bullpen.  Collier discusses whether the Nats should trade Max Scherzer,  Anthony Rendon,  and Sean Doolittle.

How many people remember that Sean Burnett returned to the Nationals in 2016, and with his retirement that last stint with the Nats in 2016 turned out to be his last team in the Majors. Burnie was certainly one of the most popular Nats, and he will always be part of that magical 2012 season.

There is certainly a theme to this Podcast about managing the bullpen, and Burnett talks about the communication with the coaches as a reliever while Jamal Collier talks about overusing relievers.