ziMS Foundation Night at the Park 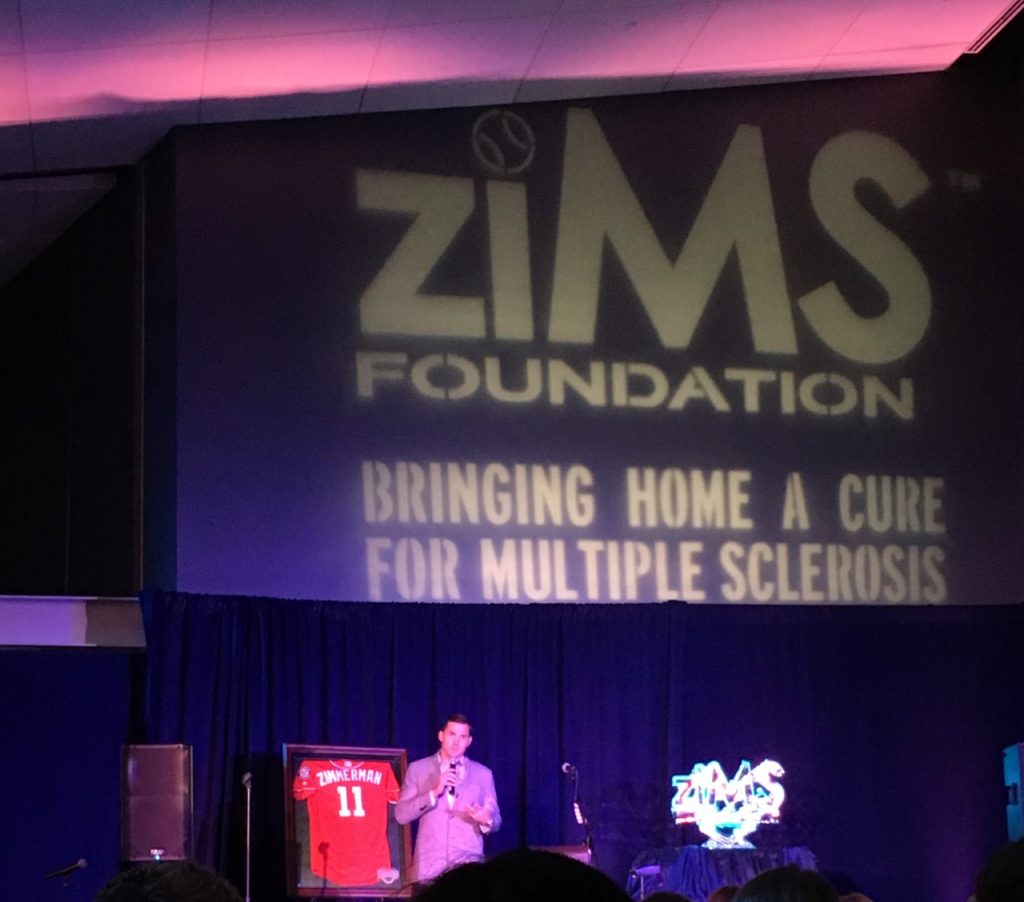 ziMS Foundation Night at the Park

Some things were the same, some things were different at this year’s ziMS Foundation gala held two weeks ago at Nationals Park.  This is the first year that they didn’t distribute those little bracelets, and I noticed that there wasn’t the big decorative cake centerpiece that they usually have.  I think they might have cut back on the food varieties as well, although what they had was delicious and plenty of it. Options included the “vegetable meat” sliders, which I have to say I liked pretty well.

This event which has been going on for 13-years now is a charitable endeavor by Ryan Zimmerman‘s foundation to benefit Multiple Sclerosis research and care. The charity is near and dear to Ryan and his family as his mother, Cheryl, was diagnosed in 1995 with the disease.

I can’t say that I accounted for all the players that were there—I assume I missed a few bullpen guys as usual. For sure, Max Scherzer, Stephen Strasburg, Howie Kendrick, Trea Turner, Dave Martinez, Matt Grace, Sean Doolittle, Anthony Rendon, Andrew Stevenson, Trevor Rosenthal, Yan Gomes, and Michael Taylor.  I think I spotted Patrick Corbin and Brian Dozier as well. And, of course, Ryan Zimmerman (duh). Lots of people were asking for autographs or photos with the players, although I don’t do that at this event. I encouraged Max to go strike out more batters: “please, donate my money!” (He has that arrangement where you donate to the Humane Rescue Alliance per strikeout).

I chatted with Ryan briefly to let him know that he was my offseason inspiration: all of his walk-off home run games are now in the SABR database.  He seemed genuinely pleased.

I did say Hi to Davey since we came face-to-face in the crowd (it was a sell-out). He remembered me from West Palm. He was dressed a little more “office” than business casual: most of the players were wearing “tails out” shirts or polos and casual pants. 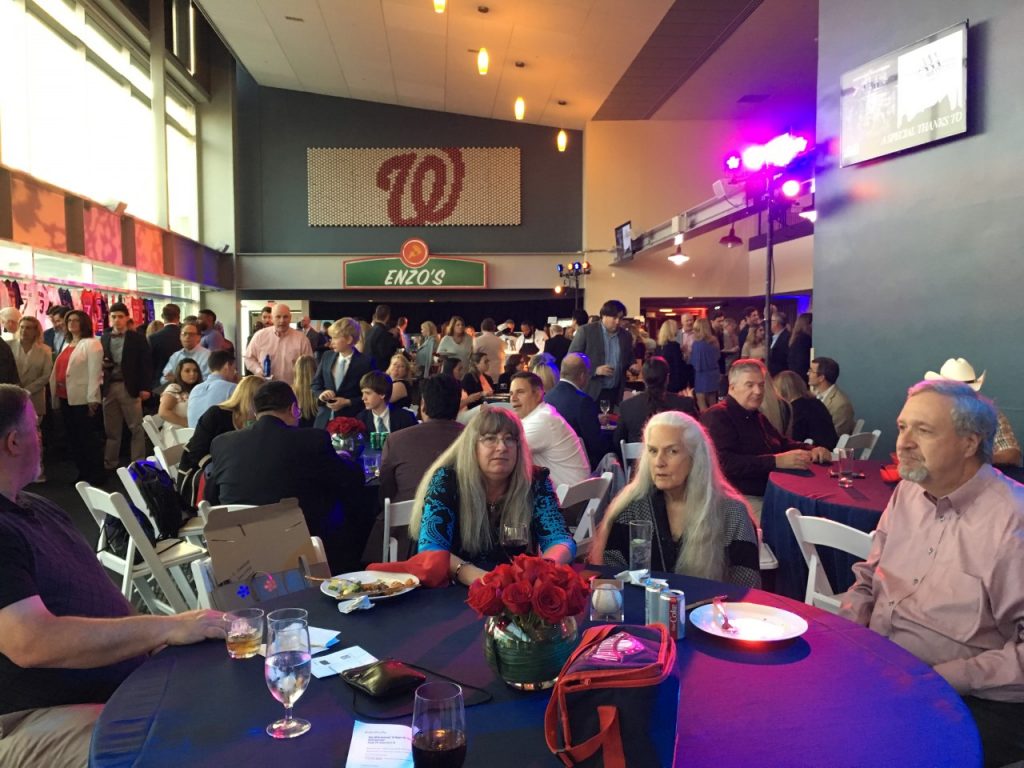 I was bidding on a couple of baseballs (Frank Thomas and Ken Griffey Jr.), so was lurking around the auction tables. I asked Tony if he was going to bid on any: he said no, only basketballs in my house, we get enough of those here [I think he was referring to baseballs at work in general].  “So you have nothing to fear from me.” He seemed to be in a good mood.

Oh, and I got the baseballs.

I talked with Howie about his ALZ fundraising work. He said that they’ll have an event at the park  soon, but unless he’s not in the lineup he won’t be out doing the fundraising on the plaza pre-game (remember he signed my hat last year when he was still in his walking boot).

Doo promised not to bid on the baseballs: he said that doing so would just start a bidding war with Howie (who was bidding on other memorabilia).  There was some competition on the Brooks Robinson ball, although not from me.

Ryan gave the usual thank you’s, pointing out that it’s his family that does all the work, and he just shows up and gets all the credit. This year’s grants included the usual MS Foundation grant, and to an organization that provides assistance dogs to people living with MS. Apparently Radar, the assistance dog they sponsored, can help with the laundry (among other things) based on the letter they read from the woman Radar assists. Ryan wanted to know if he could get a dog trained to do the laundry.

The Nationals players have really stepped up their efforts in charitable work, and Trea Turner is one of those who had his first year of arbitration and immediately wanted to give back to benefit childhood cancer that he is now personally involved with along with his wife Kristen.

When I went to talk to Trea, I wanted to find out where his wife Kristen would be selling 50/50 raffle tickets on that Wednesday in mid-May, so I could be sure to buy one from her. Hopefully Kristen does that again as it was a big success.

Trea had thought about buying the Griffey Jr ball, since he admired Griffey, but when I told him I was bidding, he said he wouldn’t bid. Since he also has the pledge arrangement (per stolen base, raising money for childhood cancer research), I asked him how soon he’d be back “donating my money.”  He said soon . . . could be hours which was spot on and glad he is back doing his thing.