Game #46 Hendricks and Hellickson in the battle of the soft-tossers! 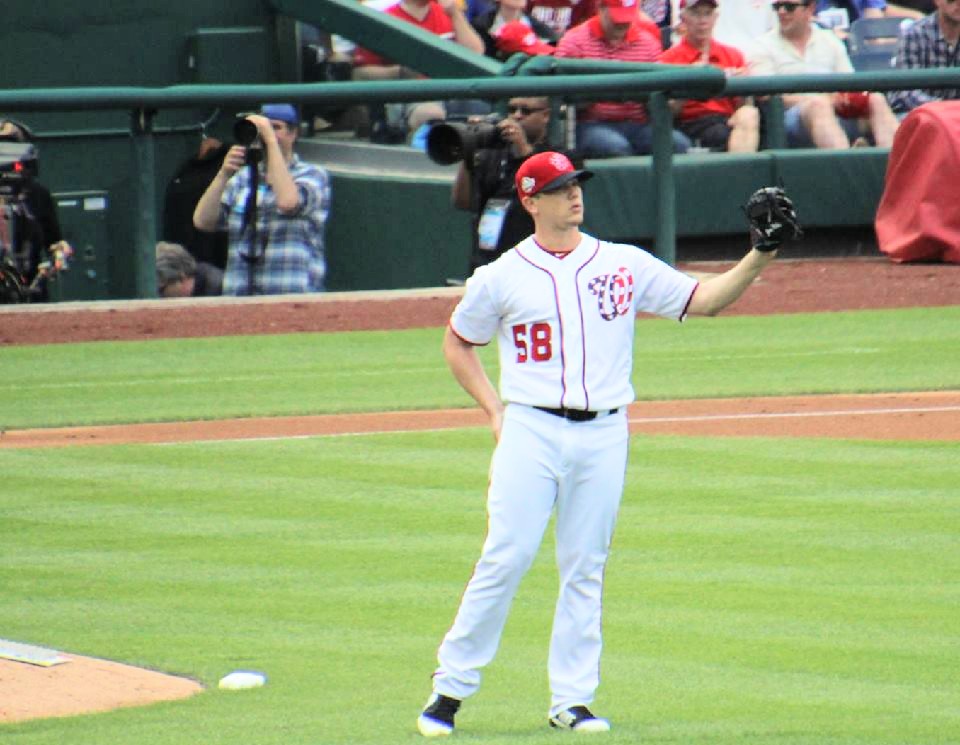 This game wraps up the D.C. series with the Cubs, and this third game matches up the crafty soft-tossers of Kyle Hendricks and Jeremy Hellickson. The birthday boy, Victor Robles, also returns to the line-up as we reported last night that he was feeling well enough to play after being plunked on the wrist on Friday night. The 22-year-old will be back in his ninth spot in the batting order after Hellickson.

Tonight’s game is the Sunday Night Game of the Week on ESPN which is the second night in a row the Nationals and Cubs get nationally televised games. There will be plenty to discuss on the broadcast including the Cubs protest of Sean Doolittle‘s delivery which Buster Olney of ESPN tweeted that their team will not formally pursue.

That’s the 4th or 5th time that Yan Gomes has crossed himself up this year. He forgets what pitch he calls. Never seen that before like this

Thanks to Stephen Strasburg pitching 8.0 full innings, the bullpen is well-rested, and Sean Doolittle only needed 7-pitches to close-out the 9th inning yesterday. With Jeremy Hellickson on the mound, it is good that the bullpen is rested. A Hellickson 6.0 inning gem is what they Nats need, and he has the ability to do it. With a better defense behind him. we hope to see it.

These teams will not see each other again until the end of August when the Nationals travel to Chicago. It will be the Nationals second trip of the season to Chicago as they will also face the White Sox in early June for a two-game series.

For the stat-heads, look at the current WAR leaders for the Nationals on Fangraphs: 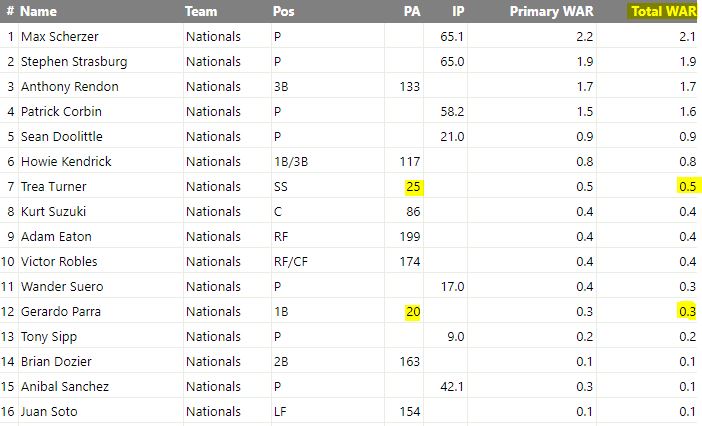 To say Trea Turner and Gerardo Parra have had a positive impact for this team is an understatement. The pair have each had fewer than 30 plate appearances, and yet they are both in the top dozen most valuable players on this team. Turner already has a walk-off home run winner, and Parra has put the Nats ahead in two games with clutch home runs. Parra also has emerged as a clubhouse leader we have been told. He has been a veteran voice for the Hispanic players as well as for his teammates while bringing a special level of energy to the dugout.

Parra will get the start at first base tonight for the Nationals in what will hopefully be a team that can deliver some improved defense behind Hellickson who has deserved better than he has received this season.