Nationals move to 1-10 in opening games of series; MASN annual rights fees in favor of Nats per report! 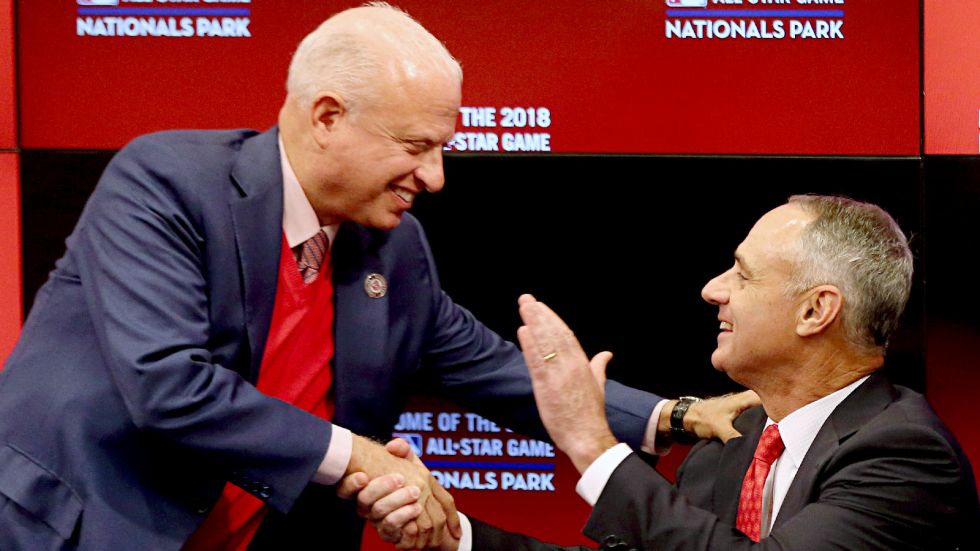 The Nationals had a 6th inning blown save on the ledger of Dan Jennings as he gave up a 3-run homer to lose this game 4-2. Nats’ starter Jeremy Hellickson pitched well taking a 2-1 lead into the 6th inning when manager Dave Martinez went to his lefty Jennings to face Bryce Harper. Unfortunately Harper walked and Jennings stayed in to face the right-handed Rhys Hoskins who crushed a pitch on the bottom of the zone for the game winner. Were there better choices, yes since Hoskins was 1-2 against Jennings with a sacrifice fly. Kyle Barraclough and Justin Miller looked like the better choices to face Hoskins even though manager Dave Martinez said that Hoskins has reverse splits so maybe you needed a different lefty to face him like Matt Grace or even Tony Sipp who had never faced Hoskins. It was the highest leverage point in the game.

“I liked Jennings all the way through to Williams. We had reverse splits on Hoskins and Realmuto. Jennings has been pitching well. He was supposed to get the slider in but left it over the plate. [Rhys Hoskins] had zero slug on left-handed slider,” manager Dave Martinez said while defending his decision to pitch Dan Jennings. “Jennings has a really good slider. That’s the match-up. We like that match-up.”

The issue is that catcher Kurt Suzuki was not set-up for an inside slider and looked to be set up low and outside and the pitch ended up on the bottom of the strike zone but the middle of the plate. 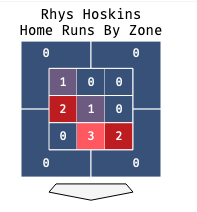 For the Nationals offense, it was just Adam Eaton, Kurt Suzuki and Howie Kendrick providing the offense today. Jeremy Hellickson actually scored the first run after he walked. Suzuki hit a solo home run, but the two runs scored by the Nats did not hold up like it did yesterday. The Nationals are now 1-10 in opening games in a series this season. The team also fell to 5.0 games behind the first place Phillies with this loss.

One of the provisions in the original MASN contract states that the Orioles must receive the same annual rights fees as the Nationals which further complicates the profit model at MASN. While that seems ludicrous to have equal rights fees, it is the case contractually and while unfair to the Nationals because their market sizes and demographics are very different and Washington, D.C. is approximately 45% to 60% larger depending on the formula used. How can you equitably pay the Orioles the same annual rights fees as the Nationals given the disparity in the populations and the demographics?

All of this goes back to the original 2005 MASN contract made with MLB. When you overpay the Orioles for annual TV rights, it could push MASN into a loss which the Nats would have to fund back at their ownership percentage. Currently the Nationals own 20%, and the Nats percentage will increase by 1% per year and will top out at 33% ownership in the year 2032. If profits need to be restated in prior years, the Nationals ownership percentage was only 13% in 2012 for instance.

You can read more here.