Nats power their way to a big walk-off win! 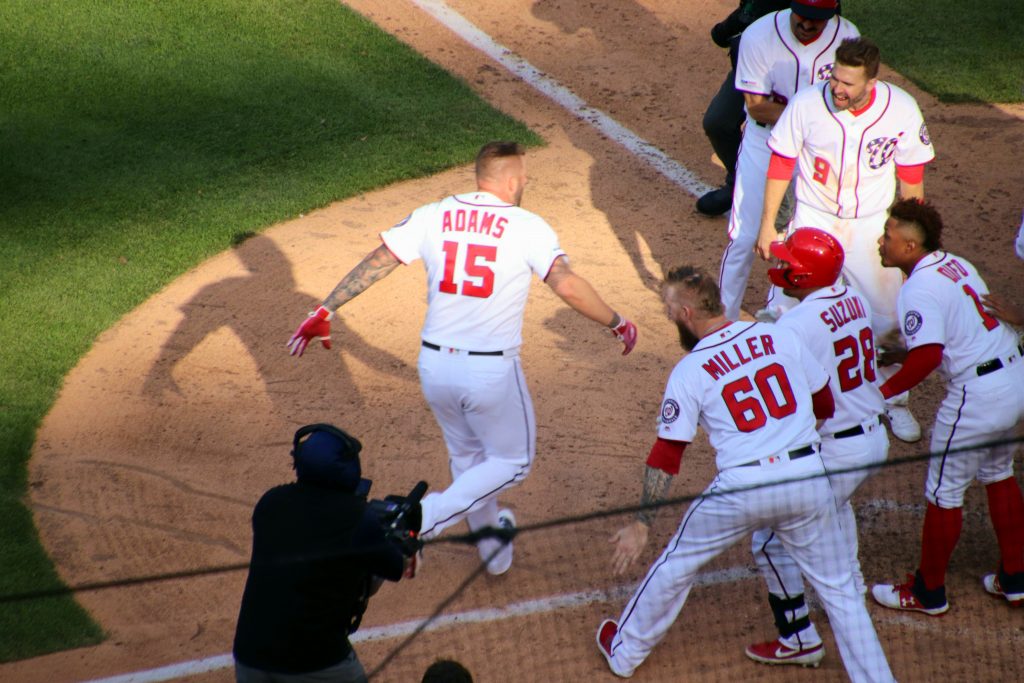 The Nationals bullpen threw an 8-inning shutout and the offense scored 7 unanswered runs and won this game on a walk-off home run by Matt Adams who found redemption as he was 0-5 in the game with 7 runners stranded before he unleashed a bomb into the upper deck. The Nationals had home runs by each member of their 21-and-under club of Juan Soto, Victor Robles and Carter Kieboom and this had never been done before in MLB history by a trio.

Jeremy Hellickson was knocked out of the game in the 3rd inning after yielding 6 runs (5 earned) and in a 6-0 game the Nationals chipped away at that lead while not allowing the Padres to score with Erick Fedde pitching. Fedde was called up today in place of the injured Ryan Zimmerman and he relieved Hellickson and pitched 4.0 shutout innings of 2-hit baseball to get the game in the 8th inning over to Kyle Barraclough who then got it to Joe Ross who bent but did not break with bases loaded. The game pushed to extra innings and Tony Sipp and Justin Miller closed out the 10th and 11th innings with no-hit innings.

“If you can talk about a team win,” Erick Fedde said. “This is probably as good as it can get.”

The rally sort of got under way on a hustle play by Victor  Robles where he went in an all-out head first dive into first base and was initially called out, and fortunately on an instant replay challenge was overturned and ruled safe. Two batters later Juan Soto jacked a 3-run home run onto the centerfield berm to get the scoring started. Robles would later add a solo home run to cut the score to 6-5. The stage was set for Kieboom to do what he did in his debut game on Friday night and once again he stepped up in a big spot with the clutch game tying home run.  Carter Kieboom now has two game tying home runs in his first three career games.

There were six Nationals players who tallied two hits each on this day, and as Erick Fedde said it was a “team win” as almost everybody contributed except for Anthony Rendon who was supposedly available to pinch-hit per his manager’s comments made pregame – but Rendon clearly was not as backup catcher Yan Gomes, Wilmer Difo and Adam Eaton were all used to pinch-hit in this game. Rendon’s status remains a mystery because it leaves a 3-man bench.

This win pushed the Nationals back to two games under .500 before they open a four-game series against the St. Louis Cardinals who have the best record in the N.L. 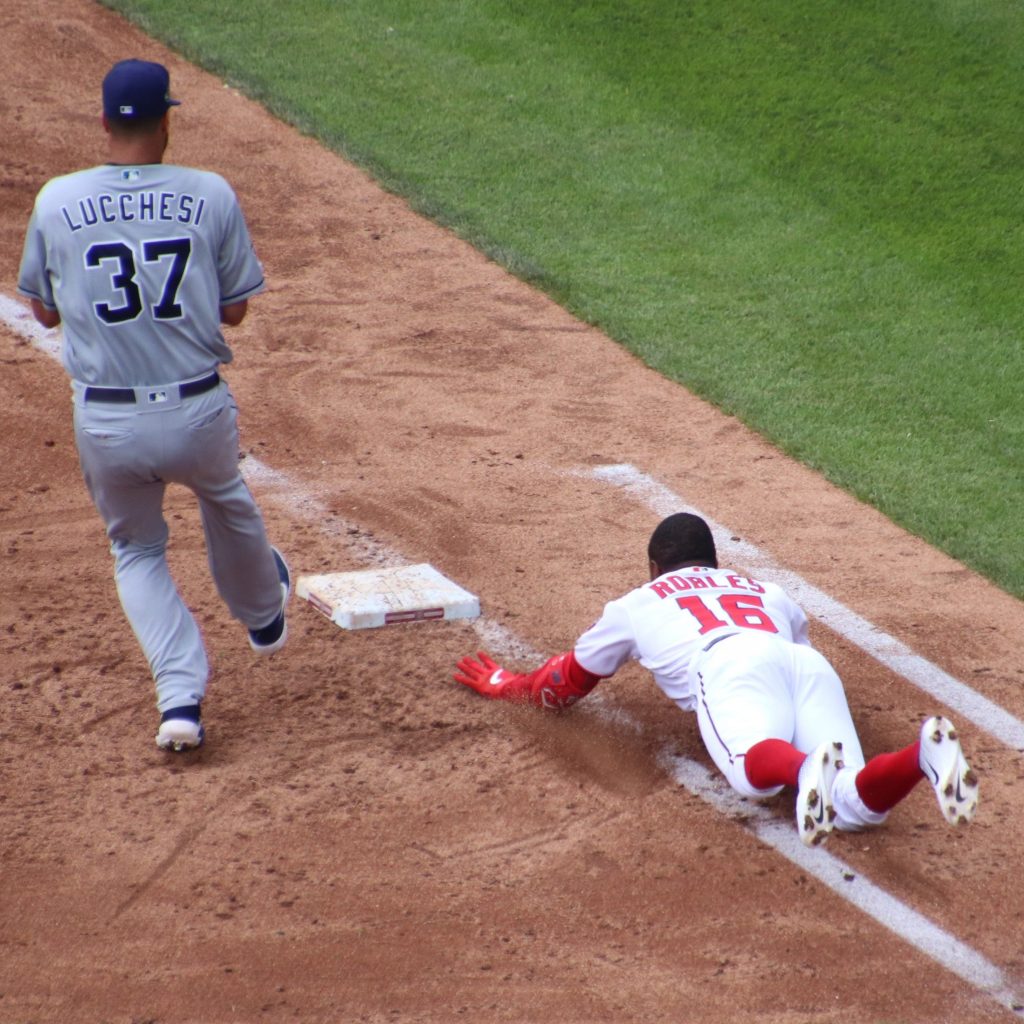 Sometimes a rally starts with a “hustle” single! (Photo by Marlene Koenig for TalkNats) 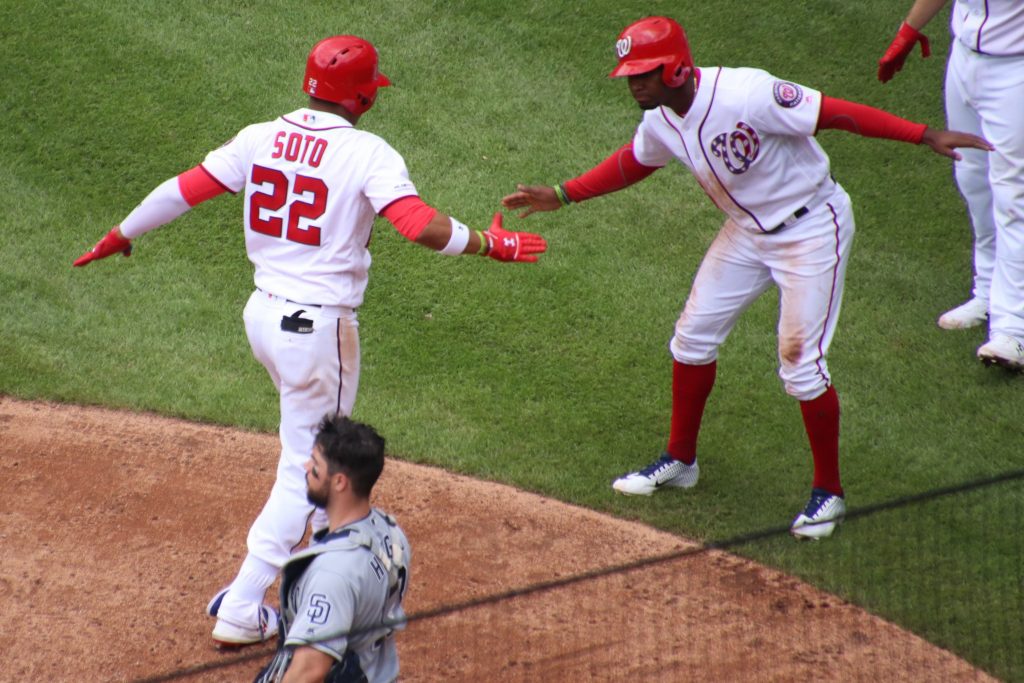 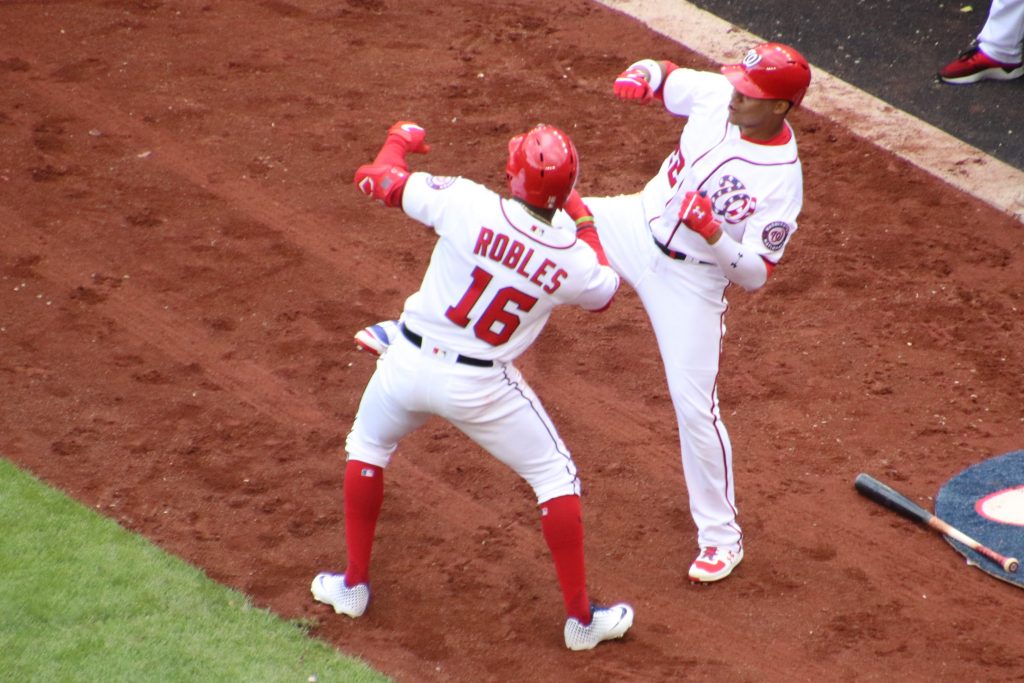 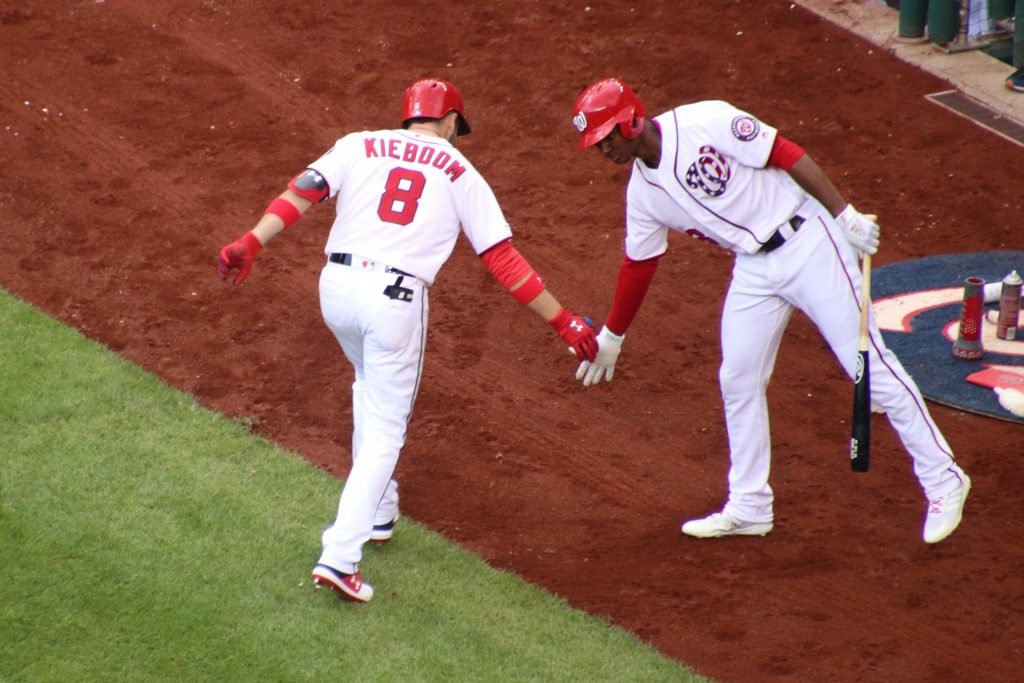