Game #21 Nationals have 3 games in Colorado

Ian Desmond hugs it out with the Nats; Photo by Conatsguy

The weather is going to be rough for the start of this series with an expected first pitch temperature in the low 40°’s, and the Nationals are arriving just as the Colorado offense seems to be waking up from their hibernation. Lead-off man Charlie Blackmon found his bat over the weekend as he hit his first home run of the season in a dramatic walk-off of the Phillies. It will take Jeremy Hellickson who is pitching tonight for the Nationals to lure the Rockies offense back to sleep.

The Rockies are supposed to be pitching their #5 pitcher tonight, and as of now that pitcher remains nameless until officially announced. MLB.com lists the Rockies pitcher as TBD for tonight. Tomorrow’s matchup is Patrick Corbin and Kyle Freeland in a battle of the ace lefties, and the final game of the series on Wednesday afternoon is Anibal Sanchez and German Marquez. If you go by ERA, Marquez has been the Rockies best pitcher this season.

The Nationals continue, like last year, pushing their starters deeper and deeper into games, and while Strasburg pitched an 8-inning gem on a manageable 104 pitches thrown, the deep games have not been good for Max Scherzer where he has a 5.40 ERA in the 6th inning and an 11.57 ERA in the 7th inning. Even with the unstable Nationals bullpen, every current member not named Trevor Rosenthal has a better ERA than Scherzer’s 11.57 ERA in the 7th inning. Sometimes less is more with Max and the Nationals, like last year, are once again the least used bullpen by innings pitched. Sure, Sean Doolittle, Tony Sipp, Matt Grace, and Kyle Barraclough are all on a current pace to each appear in over 81 games this season which is unsustainable, but in total the actual innings are very low because the starters have been leaned on heavily at times.

By innings pitched, Doolittle leads the bullpen with 10 innings followed by Wander Suero at 8 1/3. This past week the bullpen has been mostly good and they are now only second worst in terms of bullpen WHIP at 1.76. Yes, the bullpen ERA is still poor at 7.41 but that is much improved from the 11+ it was at a week ago.

“The big storyline is that bullpen, right? Worst in the majors — fewest innings. … The rotation has been the best in baseball in terms of going deep in games,” Brittany Ghiroli of The Athletic said on the TalkNats Podcast (linked below).

Who could forget past trips to Colorado in early April. It was Trea Turner who hit for the cycle, and almost accomplished that feat twice in that series in 2017 in Denver. 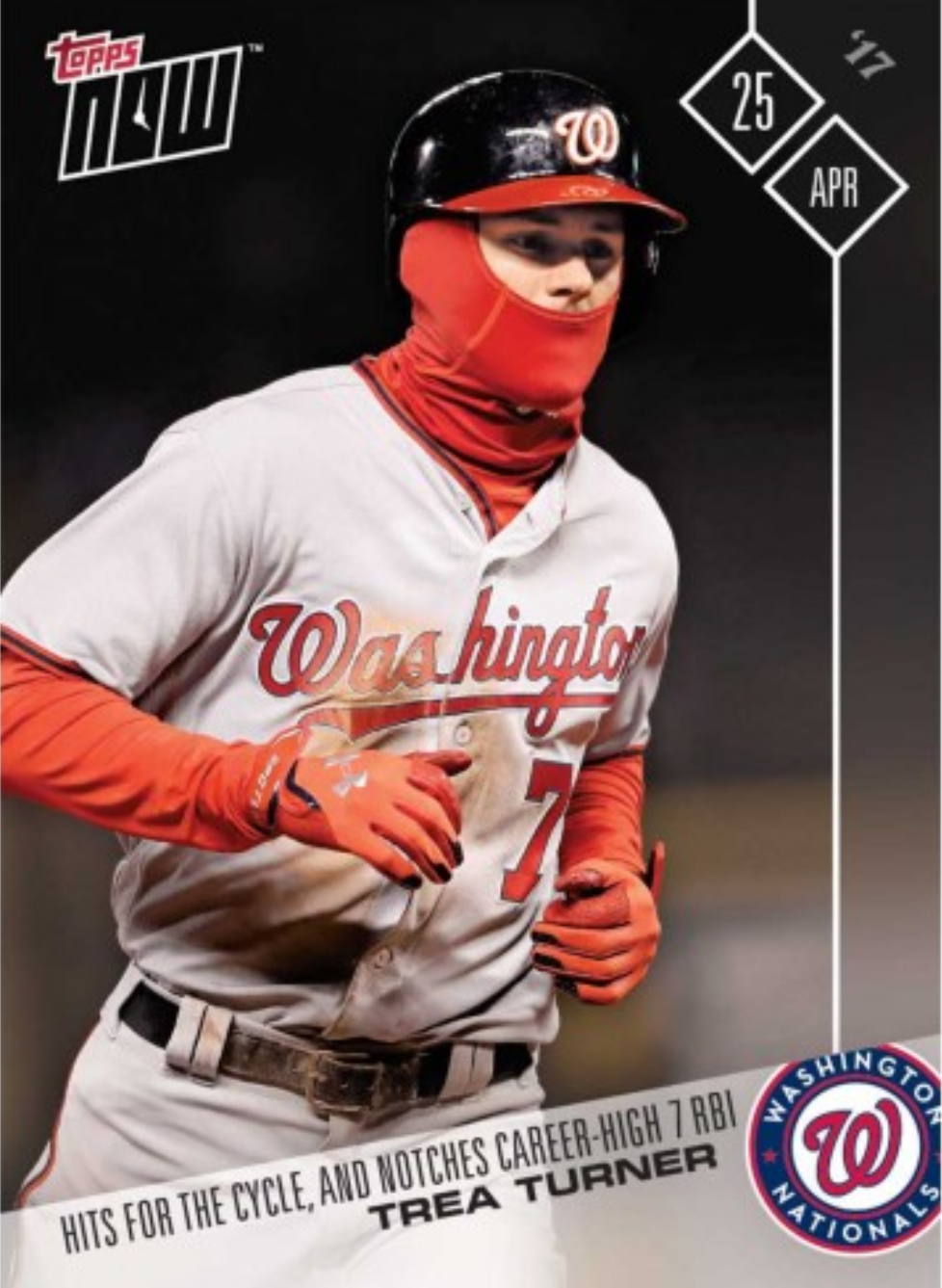 Unfortunately for the Nationals, Trea Turner is still on the 10-Day IL nursing his broken finger, and old teammate Daniel Murphy suffered the same fate as Turner. Murphy was signed as a free agent by the Rockies this past off-season. The Nationals could make a roster move today to add to their short bench. It could be a good idea with the bullpen sufficiently rested. Quite possibly we could see Austin Adams swapped out for Jake Noll. Stay tuned on that as a decision would be made in conjunction with Anthony Rendon‘s health as he was hit by a pitch on Saturday in the left elbow.

In other injury news, Max Scherzer flinched from a liner hit into the dugout and strained in his intercostal muscle on his left side of his rib cage. With the day off on Thursday, the Nationals could skip Scherzer or push him back. The Nationals travel back home after Wednesday’s game and have a weekend series with the San Diego Padres.

Line-ups  (subject to change without notice):