Game #14 Nats have Scherzer going in this series finale 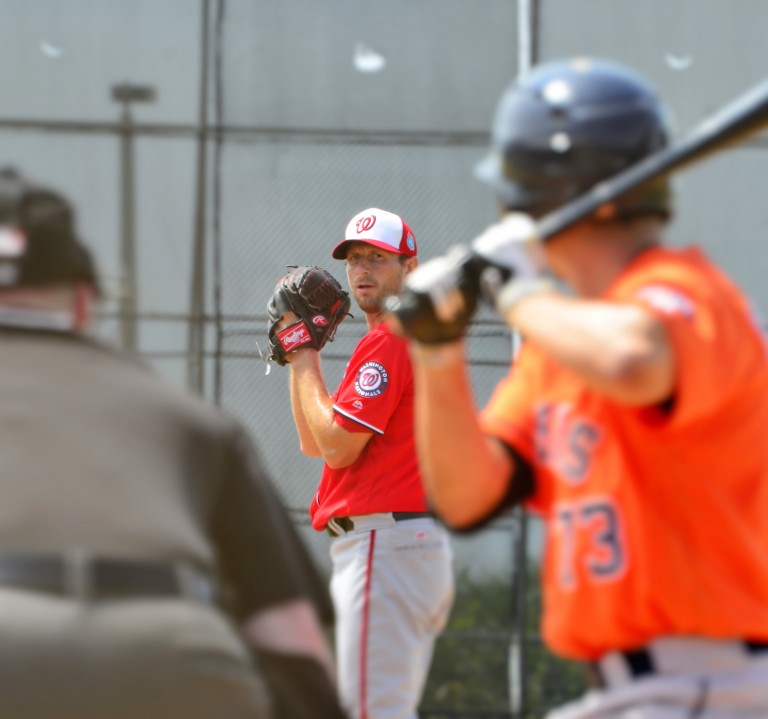 Each team has traded places in this series with blown saves in the bullpen. Yesterday, it was the Washington Nationals finishing on top of the Pittsburgh Pirates in an exciting close game. Today’s game is the final game between these two teams in Nationals Park for the season. Of course they will face each other in mid-August for a four-game series in PNC Park. What is on the line is a series win.

Both starting pitchers suffered injuries in their last starts. Max Scherzer took a comebacker off of his ankle which pushed back his start to today, and Pirates’ starter Jameson Taillon took a glancing blow off of his noggin on a 102 mph liner off of the bat of Anthony Rizzo. Taillon was removed in the second inning of that game. It was last Sunday when Scherzer made his last start, and he earned his first win of the season which came against the Mets. The Nats first series win of the season started with Scherzer’s win last Sunday. If the Nats can win again today, they would win three series in a row, and that is manager Dave Martinez’s goal.  Speaking of injuries, the Nats could be without Matt Adams who exited the game with a lower leg injury.

“He twisted his ankle a little bit,” Martinez said.

Martinez’s comments on Adams seemed to make it appear it is nothing, but the optics on it made it look like it could be serious as Adams limped off the field. Adams is only one of three left-handed batting position players on the team along with Wilmer Difo who is a switch-hitter, but Adams is the only lefty on a short bench of four players.

There is also the question of Tony Sipp’s health with his shoulder discomfort. It is clear that Martinez will not call on Trevor Rosenthal in Hi Lev spots so you end up with a shortened 8-man bullpen with only a few players to count on in big spots. In a situation limiting who Davey would call on in a tough spot on a day when closer Sean Doolittle might not be available, this bullpen configuration could be tested today since he has pitched on Friday and Saturday.