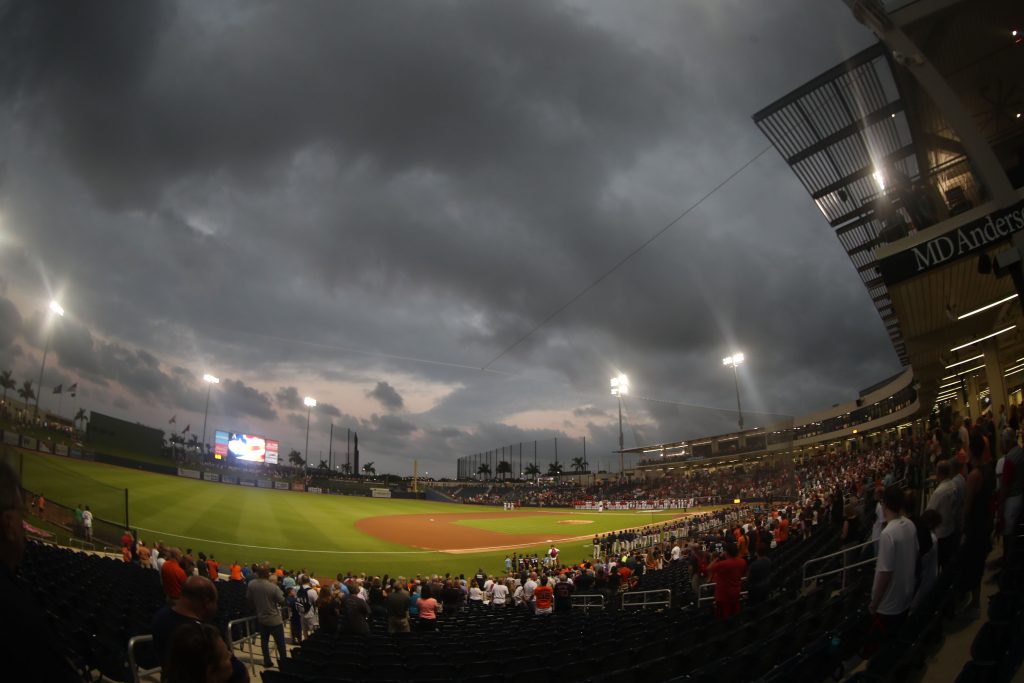 It’s the last night time game at the FITTEAM Ballpark of the Palm Beaches on the 2019 Grapefruit League schedule. The Nationals will play one more night game tomorrow in Jupiter. On Saturday and Sunday there are afternoon games scheduled with Sunday’s slate set for split-squad games. After Sunday’s games, the team will travel north to Washington, D.C. for an exhibition game on Monday evening against the Yankees, and Opening Day is a week from today.

With only 5 baseball days remaining including today before Opening Day, there is certainly the question as to whether Tony Sipp and Howie Kendrick can ready themselves in time to make the roster and avoid the injured list.

“If [Howie Kendrick] is ready and he can come play with us against New York (on Monday), that would be great,” manager Dave Martinez said. “Then again, just because we leave Sunday doesn’t mean he can’t stay here and play games [in Florida] which would also be a pretty good idea, keep him out of the cold weather.”

“You want to be able to break camp with everybody healthy and ready to go, but in [Tony Sipp’s] case, because he had a short Spring Training, we’ve got to be very careful. Howie, same. As much as I want [Howie] back for Opening Day, I want to make sure that we’re really careful. He sustained a pretty good injury with his Achilles, and you don’t want him to go south on you. So I’d rather have him for the long haul than 10 games at the beginning of the year because we’re facing the teams were facing.”

It sounds like Martinez will not push hard on Kendrick to make the Opening Day roster rather take the cautious approach with him.

Today’s game will be Jeremy Hellickson‘s final game in Spring Training, however, he will probably need to pitch a sim game next week to keep him ready for his first start of the regular season.

This entry was posted in InGame, SpringTraining, Uncategorized. Bookmark the permalink.
← Previous Article | Next Article →