Posted on January 27, 2019 by ArVaFan aka Laura Peebles

So, you might start by asking “what’s a SABR Day?” SABR, the Society for American Baseball Research, has chapters around the country, and indeed, around the world (see www.sabr.org). These chapters hold an annual meeting, typically the last Saturday in January (some local variations occur due to facilities availability). Besides the election of officers and the opportunity to talk about baseball with other fans, most have a slate of programs. Some of them include papers that have been presented at the national SABR conference, but there’s a real variety—no worries if you’re not a stats geek: there are plenty of other options. Authors and filmmakers often present their work. If there is a local team, the organizers try to bring in someone from the team. Scouts, media, and former players are also popular presenters. Oh, and there are often raffles for baseball-related items. Here’s a summary of the 2019 presentations for the DC Chapter.

Inherited runners, and their effect on bWAR

Johnny Asel made a presentation on the effect that the treatment of inherited runners has on bWAR, and made suggestions on how to improve the calculation. As an example, he showed Ryan Madson pitching for the Dodgers in the World Series. Since runs are charged to the pitcher who let the runner on base in the first place, rather than the pitcher who allowed them to score, the effect on ERA and WAR is determined by the skill (or luck) of the pitcher than follows, not the original pitcher. Overall, the effect on WAR for pitchers was significant, when stripping out inherited runners: about 1.2 on average, but up to 4 for some pitchers.

BBREF may replace “runs allowed” with RE (run expectancy) in their formula. So, for example, assume Pitcher A leaves with two out and runners on 1st and 2nd, and Ryan Madson comes in and gives up a three-run homer. Pitcher A would be charged with about .35 of a run, rather than 2 runs, because a runner on second with two outs has about a .22 chance of scoring and a runner on first has about a .13 chance of scoring).

Baseball, and baseball players, on stamps

Dave Paulson gave a presentation on baseballs on stamps. Most people thought Babe Ruth would have been the first player on a stamp, but it was Jackie Robinson. Jackie and the Babe are the only two players to appear on three stamps. When the Post Office did the “Shot Heard Round the World” stamp, Brooks Robinson was still alive, so the stamp shows the ball coming at the viewer leaving the park rather than the player (a person, other than a president, has to be dead five years before they can appear on a stamp. So I guess Elvis really is dead.) The Post Office has also issued the “All-Century” team stamps, and a series of historic ballparks. Personally, I liked the round stamp that was just a baseball.

Jimmy Williams, former player and current coach, gave us some insights on the minor and Japanese leagues based on his experiences. He was signed by the Orioles in 1964, the last year before the draft, so he had choices about where to sign. At that time, the Orioles’ Way really meant something, and he was

grateful for the exposure to that system emphasizing fundamentals (gee, where have I heard that recently?). He was taken by the Giants in the Rule 5 draft, and was about to make the team when he had an offer to go to Japan. McCovey told him not to go, but he went anyway, and played two years. He said that Japan is definitely better than AAA, although some might call it AAAA. Playing in front of 50,000 fans all the time was a real change from the minor league 2,000 crowd. One real difference was how the rotation was handled: if a pitcher wasn’t good against a particular team, the Japanese teams would bump his start to the next day. When he first got there, he almost threw up when he saw what people were eating, but he got to love it. He only faced racial prejudice in the Florida Instructional League, when he couldn’t eat or stay with his teammates.

Lee Mendelowitz and Scott Van Lentenax  of the  Nationals Baseball Operations (analytics) spoke about a variety of subjects. The  Nationals have  a mid-level analytics department: eight people (plus three web developers). They work on player evaluations for signing and trades, player development, and advance scouting (hitting, pitching, baserunning). The manager and the coaches do meet with them.

They can evaluate their effectiveness at year-end by two measures. One: did our projections of the player match the outcome? Two: when we give advice on “defensive positioning” (don’t call it shifting!), are the outcomes better when the team takes their advice than when they don’t? They don’t like to call it “shifting” because that implies a major shift in position, where they may advise just moving a few feet one direction or another.

When evaluating pitcher performance, some teams have a series of cameras trained on the pitcher as they pitch, looking for strains or moves that might lead to injury. Because that’s publicly available data, there’s no HIPAA issue in analyzing it in game or afterwards.

As players come up now, they are expecting to receive analytical information. Max Scherzer and Sean Doolittle are gluttons for that type of information. Some teams now have people like Dan Haren who can translate the analytics from “geek” to “baseball” to help players absorb and use the information.

They acknowledge that defensive stats are a work in process, although they do use a ton of Statcast data. Part of their daily job is to incorporate the day before’s game info into their custom models. Those models are written, tested, and tweaked during the offseason. One of their achievements is an internal website where the scouting reports and other data can be uploaded, compiled and accessed (yes, with state-of-the-art security).

The most popular report they have is the “strike zone by umpire” report for the umpire working the plate that day. The response was better the second year when they took out the numeric data and just had the pictures and a bio blurb about each umpire. Those are now posted every day by the batting cages.

All employees of MLB teams are forbidden to play fantasy baseball (league-level policy).

They do not have weather-adjusted data (i.e. cold, hot, wet) although you could see them thinking that this might be a really good idea (author’s note: I can’t believe they don’t have this: we’ve seen how the weather affects Strasburg and increases injury risk!).

When asked about the human factor, they acknowledge that they can analyze everything that has happened but cannot predict breakout seasons or other human factors. When asked, “so, give an example of someone who broke your models,” they responded in unison “Juan Soto.”

There are strict rules about moving between teams, and although the IP itself is proprietary, ideas travel between teams with the employees who thought of them.

Last question: “Have you done any analysis of 10-year contracts?” Response “I couldn’t believe we’d gotten through all of this without a Bryce Harper question. But, to answer your question, no.”

He gave us a true-false quiz on the myths that have grown up around that scandal. Most surprising: Hugh Fullerton wrote a book in 1915 “Jimmy Kirkland and the Plot for a Pennant” that predicted, quite accurately, the 1919 Black Sox scandal. So the issue of gambler influence over the game had been growing for a while. Sure, this is 100 years ago, but guess what—gambling is coming, and the issues that go with it. This issue was raised by the speaker and the audience.

She presented a 2008-2017 analysis showing that in 6 of the 10 years studied, umpires disproportionately ejected nonwhite players at a statistically significant level. In two of the 10 years, it was more, but not statistically significant. In the remaining two, the rates were the same. The vast majority of the ejections were for arguing balls and strikes. She controlled for teams, rivalries, and umpire ethnicity. She also re-ran the stats without certain players who were ejected six or more times during the survey period (hi, Bryce) and it did not change the results.

She will be looking at whether the actual location of the “bad” pitch has an effect, but notes than sometimes players are really jawing about a call in the previous at-bat, so it may be hard to isolate that effect. She also will look at crowd size, as that apparently had an effect in an earlier study on ejections overall. Her web page is www.restingpitchface.com, twitter @sydrpfp.

Aviva Kempner presented an excerpt from her upcoming Moe Berg documentary, which she hopes to premier at the Avalon in DC over Memorial Day. Lots of great interviews and historic footage.

Anyway, given what I heard about Season Ticket Holder Hot Stove day, and what I learned at SABR Day, I think I made the right choice. Plus, I came home with ten baseball books: four for our local “Little Library,” and six for me to read (although Spouse already started “The Catcher was a Spy” so I’ll wait my turn). 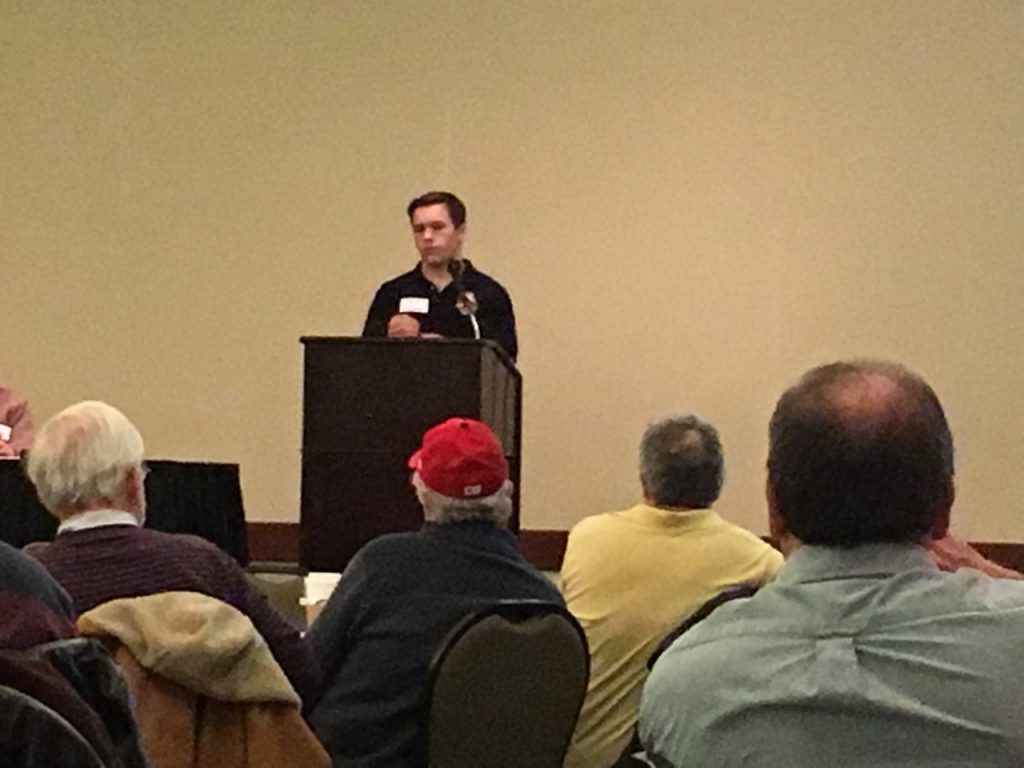 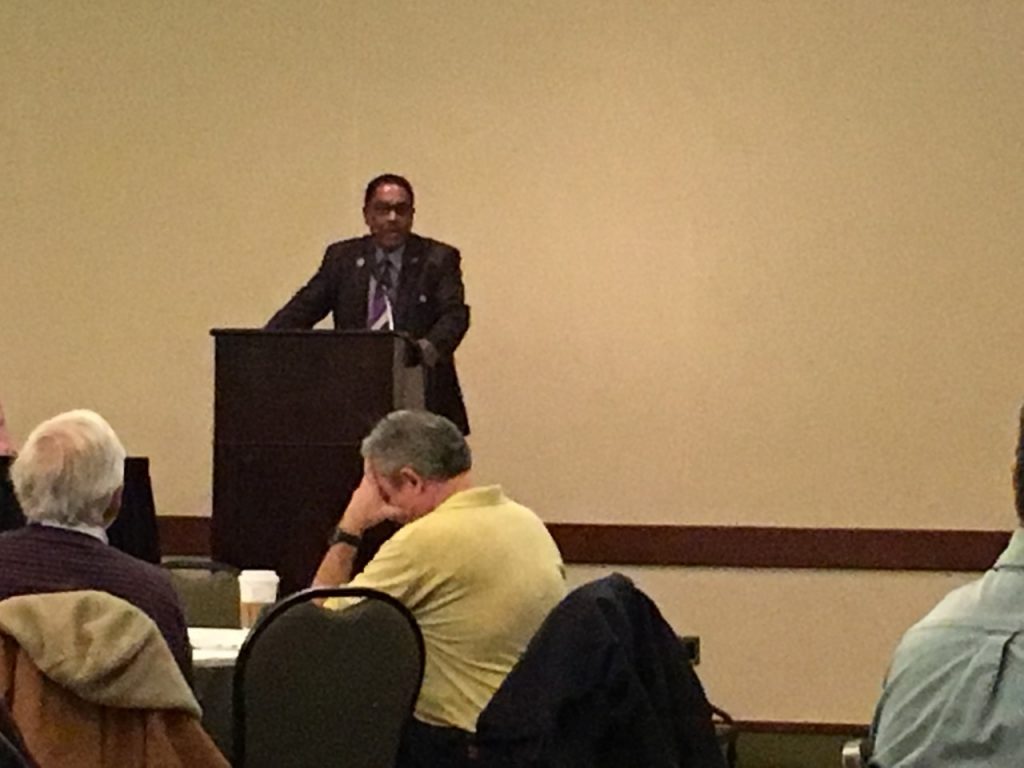 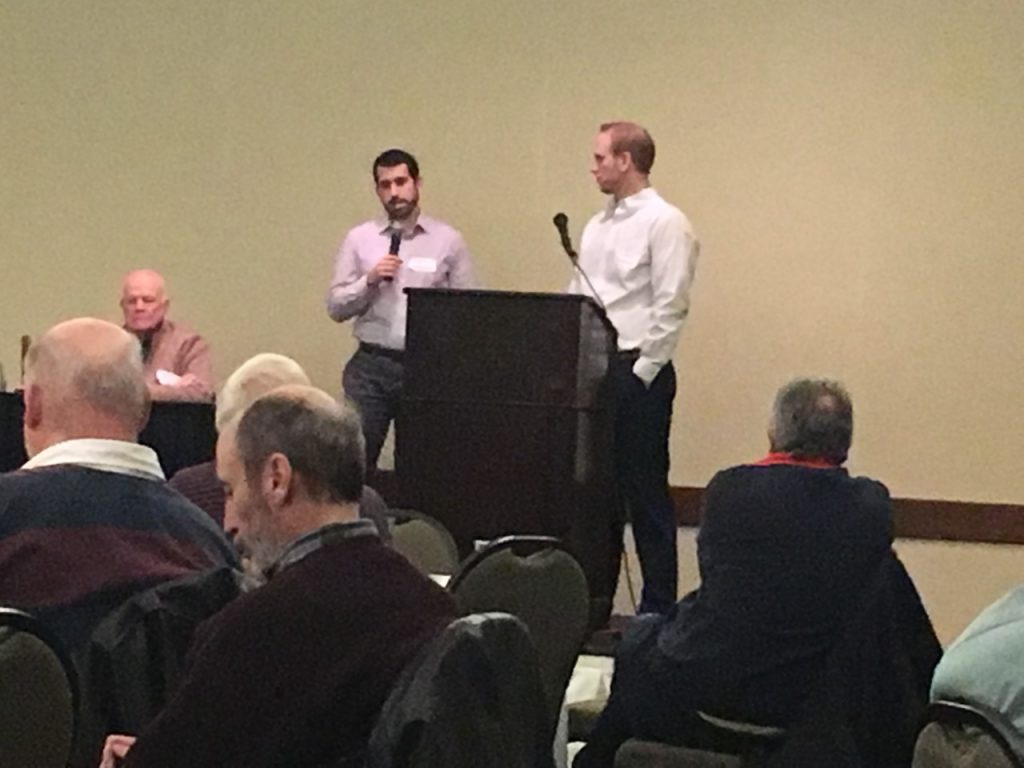