The Wait for White Smoke 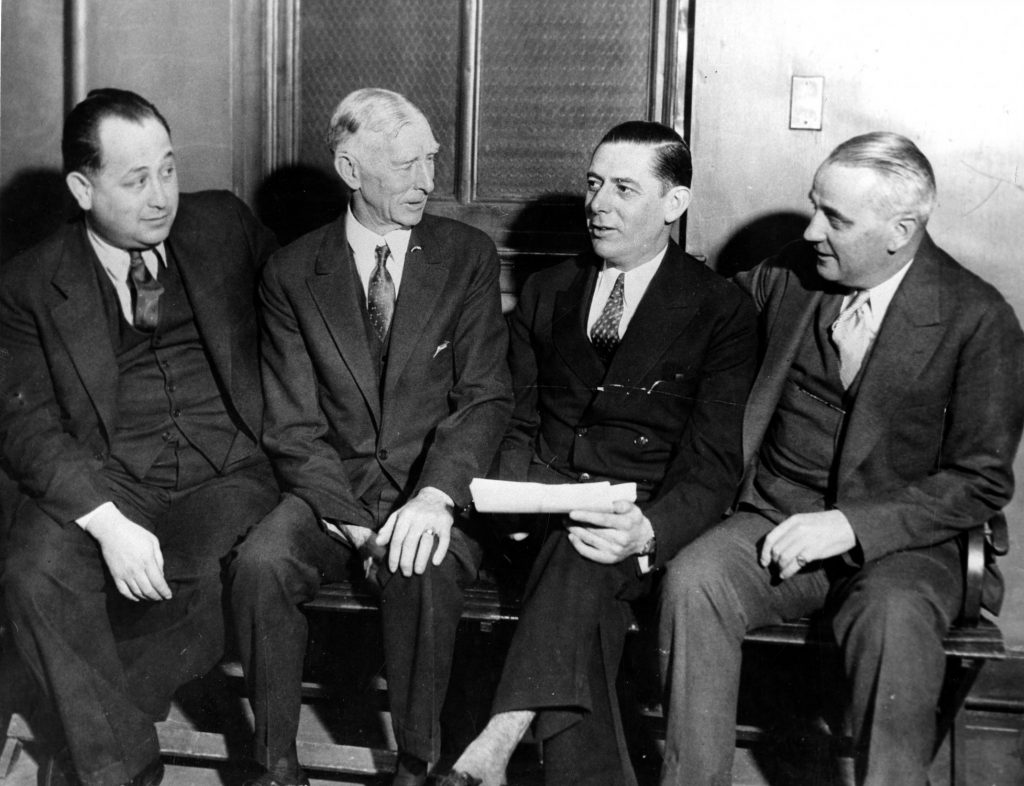 It’s a safe bet that Curt Flood never envisioned this.  When the pathfinder of Free Agency launched his business-changing quest to abolish the onerous “Reserve Clause” the owners held all the cards.   Print media used to publish the sports transactions in a tiny box of print on the inside of the last page just below the horse racing results.  The Bryce Harper and Manny Machado spectacle we are witnessing for all the world might as well be the product of another solar system.  It is at once fascinating, comical, and grotesque.  Love may make the world go ‘round.  But, intrigue is the modern world’s life blood coursing through the arteries of the internet at the speed of light.  This free agency shopping freak show is made to order.

Let’s cut to the chase; the baseball free-agent process is absurd.  The markets of the world have long-ago figured out how to make transactions with some efficiency.  They all have intricacies.  At the end of the day someone has something to sell that others want and are willing to part with resources to acquire.  Various orchestrated dances have emerged to facilitate that simple exchange. Outsiders looking at the frenzy at a real world wholesale fish market may not be able to comprehend any of the dizzying dialogue.  But, even a first-time visitor would be able to recognize that product is changing hands at a rapid clip. An Estate Auction, despite being a long day manages to dispense with a lifetime of acquisitions in a matter of hours.  The examples are too numerous to enumerate.  A driving force behind all of them is efficiency.  The baseball industry is not interested in any stinking efficiency.

This is a play without many actors.  During a mid-season game telecast Alex Rodriguez stated that there would only be five or six teams that would be contenders for Bryce’s next contract.  What we have here is an ultra-slow motion private auction among them where none of the competitors are in the room at the same time. The only person that knows the truth of the various bids is the huckster selling the show pony.  Following behind is a ragged cadre of media types eagerly inhaling whatever snippets of unverified data that gets thrown into the air, dropped on the ground, or spoon-fed at a five-star dinner.  There is an entire genre of media “Insider” figures who are reliable stooges to provide an outlet for the latest tactical piece of (mis)information.  Our 21st century baseball media performs much like a Geiger-Mueller tube: When one photon interacts with the outer shell the entire tube discharges its outer most electrons to the center electrode producing a pulse.  One insider’s tweet is instantaneously everyone’s news.  It produces ear-splitting volume.  But, it is all at a shrill upper register with little or no bass and depth.

Instead of playing out in a matter of minutes or hours the process takes months.  This is by design.

One reason Curt Flood would not recognize this process is that the business itself has changed irrevocably.  The man the baseball world loved to hate was Bud Selig during his time as Commissioner.  But, he transformed the sport’s revenue streams and profiles during his tenure.  When he took the reins the sport brought in about $1 Billion annually.  By the time he left the figure was more like $9 Billion.  The source for all that new money was regional sports television and a national media platform.  For a sport that lasts only half the year, the other half needs content.  No entertainment CEO would dare let the theater sit dark for the entire winter.  The Free Agency Waltz fills the bill nicely.   If one were to search for the odds of where Bryce is likely to sign a mind-blowing 600,000+ results would appear.  That’s buzz, big-time buzz.  If you’re in the MLB corporate offices, buzz is good.

The media element of the whole thing brings back memories of the Cold War.  There was a cottage business within the industry of “Kremlinologists.”  These were the serious-looking guys in the really good suits brought in after the May Day parade to interpret the visuals of the Politburo members as they proudly watched the latest class of Inter-Continental Ballistic Missiles roll by in Red Square below.  The analysts would note that the third-ranking member wore a fur-lined Trapper’s hat as opposed to the woolen fedoras the others wore.  Breathlessly they would opine that this meant a regime change was imminent.  This was onerous as the guy in the Trapper’s hat was a real hell-raiser and would not hesitate to unleash the fury of destruction at his fingertips. These people were almost never correct.  In reality, the guy in the fur-lined Trapper’s hat was trying to keep his ears warm.  But, it made for good television.

With the sun now inexorably climbing up out of the depths of the Winter Solstice the pace of this funky dance is quickening.  It’s time to speed up the rhythm so that this gets cleared from the stage before the staggering light-deprived masses can rejoice at the calls of “Pitchers and Catchers Reporting.”  It’s all much orchestrated, effective in its capacity to maintain attention, and yet it has a sticky and gross feel to it.  One could design a large number of more palatable protocols to get the job done.  There’s no need.  To fulfill another need a process was designed centuries ago that would do the job nicely.

Way back in Eleventh Century the Catholic Church established a process to select a new leader after the death of the sitting pope.  The top echelons of the church’s leaders were locked inside of the Sistine Chapel.  With the imposing Swiss Guards on the perimeters there was only one way out: Pick a new pope.  There’s a certain elegance of design at work here.  The Cardinals in this group live pretty well for men of the cloth.  Once inside they are stripped of their doting servants and creature comforts.  The accommodations are Spartan. The food is plain, the portions small, and the cots are a miserable night’s sleep.  All there is for company is similarly old and flatulent men.  It’s basically a large communal jail cell with very, very good art.  The misery index rises by the day.  And, that’s the whole idea.  Factions and dug-in positions present at the start melt fairly quickly as the desire to get out takes over.  The United States’ Congress should give this a whirl.

What really makes this appealing is that the conclave is completely isolated from the outside world.  The sole communication comes at the end of each day via the chapel’s chimney.  If there has not been a successful election the smoke coming from the stack is black.  Everyone knows immediately.   There is no need for “Vaticanologists.”  There are no breathless Ken Rosenthal “hits” interpreting the latest set of numbers.  No, it is what it is, black smoke means one more day, at least.  “Good night.”  One day the smoke will be white.  “Fumata bianca” signals the process has successfully come to an end.  Then an ancient and frail Cardinal will appear at the window and read from a red-leather-bound book the size of a coffee table the words, “Habemus Papam!”  “We have a pope.”  A moment later the elected one comes to the window in his new uniform.  Then the chapel doors are opened for the relieved Cardinals to get the hell out of there.

This would work beautifully for Free Agency.  We could lock all the Agents, Free Agents, General Managers, and owners into a complex and remove all means of communication with the outside world.  Every evening the ones that have signed are shown at the window.  The whole thing wouldn’t last a week.  Compared to where we are now it would look like time-lapse photography.  As pipe dreams go, it’s pretty good.

Someday soon Bryce and Manny will sign bringing this saddening spectacle to an end.  Until then we are left to peer into the horizon for a wisp of white smoke.