The Montreal Expos – The Decade of the 70’s 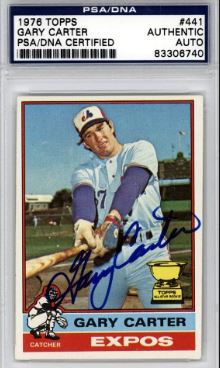 When looking back at teams in the 70’s one must remember that talent acquisition was a straight forward affair, you had to scout and develop your players and then try to mix and match with trades. There was no free agent market, no Asian market, no Latin American academies etc. Most of the talent came from the US with some occasional sprinkles from the Dominican Republic and Canada.

Charles Bronfman who was quite possibly the best owner I have ever observed in all of sports knew what he didn’t know and never really stuck his nose in the baseball operations. He found two key baseball men and he trusted them to run baseball operations implicitly. The 1st was John Mc.Hale who previously worked for the Tigers and the Braves and was the 1st President and executive director of the Montreal Expos, the 2nd was general manager Jim Fanning who also came from the Braves. We will see later that these two knew what they were doing when it came to scouting, development and trades, they were chiefly responsible for the Expos becoming a real baseball organization in quick order.

On the field, the team established some early stability with manager Gene Mauch and his veteran staff at the helm. They weren’t very good but they weren’t a laughing stock either and the city fell in love with their first baseball star Rusty Staub as well as the rest of the motley crew.

The year of 1972 brought the first real drama for this franchise in Canada. The Expos traded their best player and superstar, Rusty Staub, (who immersed himself in the community and learned French) for a trio of young unknowns: SS Tim Foli, 1st baseman Mike Jorgensen and right fielder Ken Singleton to kick start the youth movement leading to eventual contention. It was not a popular move and attendance declined for the first time but it was a brilliant move as all three youngsters became regular fixtures in the lineup. Singleton turned out to be a great Expo in his own right. The team finished the year with 70-wins and the farm had yet to produce a significant player.

The 1973 season proved to be the most interesting one to date because with about a week to play the Expos were in a scramble at the top of the division, not because they were particularly good but because no one else was either, the season ended at 79 – 83 but scouting director Mel Didier was finally able to graduate a significant pitcher: Steve Rogers as well as a pair of young catchers: Terry Humphrey and Barry Foote. The offense was led by Ken Singleton with veterans Bob Bailey, Ron Fairly and Ron Hunt making serious contributions. That year also featured a closer by the name of Mike Marshall who pitched in no less than 92 games that year. The 73 season produced another set of unrealistic expectations and the 74 team only managed to repeat the 79 win total but the player development factory started producing some real talent because in 1974 we were introduced to Gary Carter and Larry Parrish, and the new significant veteran was pitcher Mike Torrez.

When the 1975 Expos only won 75 games the team made a dramatic change before the next season by dumping their only manager and promoting AAA man Karl Keuhl, the results were disastrous and Keuhl never made it out of his 1st year as manager, he was replaced midway through the 76 season by veteran Charlie Fox and the team limped to a 55 win season but the team now graduated it’s outfield of the future with Valentine, Dawson and Cromartie to go along with Gary Carter and Parrish in the infield brighter days were coming only we didn’t know this yet. Kenny Singleton had been traded to the Orioles in a disastrous deal for an aging Dave McNally and outfielder Rich Coggins, neither of whom left their mark on Montreal baseball.

In 1977, it was a transitional year. The Expos hired Dick Williams as their new field manager. This returned competence to the job but Williams prickly personality would prove to be an issue in years to come. This was also the 1st year of pseudo free agency. The initial system was somewhat strange and I don’t recall all the details but teams needed to draft potential free agents, there was a limit on how many FA you could draft and a potential free agent could be drafted by a set number of teams (10?).

The Expos went hard after Reggie Jackson and it was reported that they offered him by far the most money but Reggie had his heart set on NY and when the Canadian authorities detained him with a small amount of pot at the airport that relationship was doomed from the get go. Eventually the Expos settled on Dave Cash who was a decent slap hitting 2nd baseman with very limited range. The team finished the year at 75 – 87 and moved to the brand new Olympic Stadium amidst much fan fare.

When Montreal was awarded the 1976 Olympics, the city entertained many designs from many famous architects for the design of the new stadium. As was his custom the Montreal mayor who was definitely a historic figure but was somewhat dictatorial in his ways picked the most expensive, unusual design by noted French Architect Roger Taillbert. Coupled with spectacular corruption and cost over runs the project blew past the budget by a monstrous amount. The key feature of the new design was a retractable roof which would be lowered on to the stadium form a near by structure, it was made of Kevlar and was attached by a massive amount of cables. The flaw with the design was that mechanism didn’t work if the wind was more than 5 MPH. On one of the 1st occasions the roof was lowered the wind caused a massive rip which took months to repair at more huge costs. We sat though many rain delays in a stadium which was supposed to have a retractable roof. The 2nd major issue with the stadium was that the padding under the artificial turf would wear out after a year or 2 and the turf played like concrete. Many a player had knee issues caused by the turf which also had ugly dangerous seams. The new stadium which was supposed to bring the Expos into the ‘majors’ was instead one of the reasons the franchise eventually failed.

The 1978 team only managed 76 wins, it brought in 2 veteran starters in Ross Grimsley and Rudy May as well as 1st baseman Tony Perez but the real news was the farm was about to produce a stable of young pitchers to help Steve Rogers and the 1st of the group was Scott Sanderson who debuted in 1978.

In 1979, it was the year that things finally turned, but 1979 could best be covered as part of the 80’s story so that’s what we will do in the next installment.