The Expos – The beginning 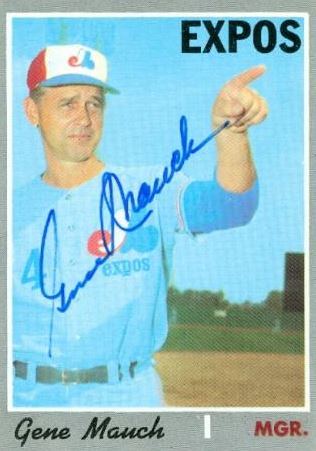 The Washington Nationals have now been around for a long time. They went through a dark period of horrid performances and have now been in the contenders club for 7 years. Before they came to Washington, the Nats were the Montreal Expos, and I understand for many DC area fans that the Montreal history isn’t relevant, and I am totally fine with that. There are a small group of fans though who still live and die with the Nats whose fandom originated with the Expos, some of them still live in Quebec, some in the Toronto area and a few of us are scattered in different areas in the US.

These articles aren’t meant to be an accurate historical retelling of the Expos story, Jonah Keri did a great job of that in his book ‘up up and away’ (Jonah happens to be a close friend of my nephew and still remember taking the boys to several Expos games when they were young). Rather, this is a story told from a lifelong fans point of view, and it’s based entirely on this fan’s memory. I have no intention of doing heavy research and internet fact checking so if I am wrong in my facts, this is how I remember it.

The Expos beginnings were a result of several factors which came together as a gift from the gods:

A) Montreal was a very successful AAA affiliate of the Brooklyn and then LA Dodgers.

B) Baseball and commissioner Bowie Kuhn were interested in the idea of the game expanding outside the US.

D) The mayor of Montreal, Jean Drapeau, was all about making the city an international metropolis and events like the Expo 67 (world exhibition) and major league baseball were his vehicles to that goal.

Against all odds and even though Montreal did not have an appropriate stadium, the city was awarded a franchise to begin play in 1969. Bronfman who was a young co-heir to the Seagram’s empire convinced his father the legendary Sam Bronfman that he had many partners in the endeavor, and the elder Bronfman agreed to let his son have his toy (in the end there were only 2 minority partners; Lorne Webster and Sam Maislin). After reviewing several unsatisfactory sites, the team picked a charming ballpark far away from down town and really from most neighborhoods, Parc Jarry was in the heart of an ethnic (Greek) neighborhood called Parc extension. It was really not near anything. In the summer when the weather was nice, it was a glorious place to be, wide open to the elements, close to the field and super friendly. The Jarry memories are deep in my soul and will stay with me forever. The cold miserable evenings in April and September are long forgotten.

Montreal entered baseball together with the San Diego Padres as expansion teams, and it was in the height of the ownership dictatorship era, and an eternity away from free agency. If a team drafted you or signed you, you were theirs forever or until they chose to release you or trade you. Curt Flood had yet to start the process which ultimately brought about major changes to the player/owner equilibrium. The expansion draft took place around Thanksgiving in 1968 and as someone noted for Thanksgiving the Expos and Padres were each given 25 turkeys. I don’t know why I remember this but the Expos first choice was Dodger veteran pinch hitter Manny Mota and the Padres picked a toolsie outfielder by the name of Ollie Brown.

By the time the 1st season started the Expos were able to trade a bunch of the veterans they drafted for a legitimate young star — Rusty Staub who patrolled right field. Some of the notable players in the beginning were Mack Jones who played left field and was beloved by the fans they renamed the left field bleachers, Jonseville, the 3rd baseman was a 30 year old career minor leaguer Coco Laboy and the SS was non other than Dodger great Maury Wills, among the starting pitchers we had Bill Stoneman who pitched a no-hitter early in the 1st year and then another one several years later, Stoney was known as Bill ‘double no hit’ Stoneman. The 1969 rag tag team led by the legendary Gene Mauch and a veteran coaching staff which included Larry Dobby and Cal McLish won 50 something games including a 20-game losing streak in the middle of the year, but the fans fell in love with the team and the sport was off and running en Francais.

In 1970, it brought about a few changes. The Expos sent the unhappy Maury Wills back to the Dodgers for 1st baseman Ron Fairley, acquired center fielder Ron Swoboda from the Mets and also gave the stage to a few younger pitchers and position players. The goal in 1970 was to win ’70 in 70’ and the team accomplished that goal winning something like 72 games, optimism prevailed and whispers of .500 in 1971 did not sound like lunacy.