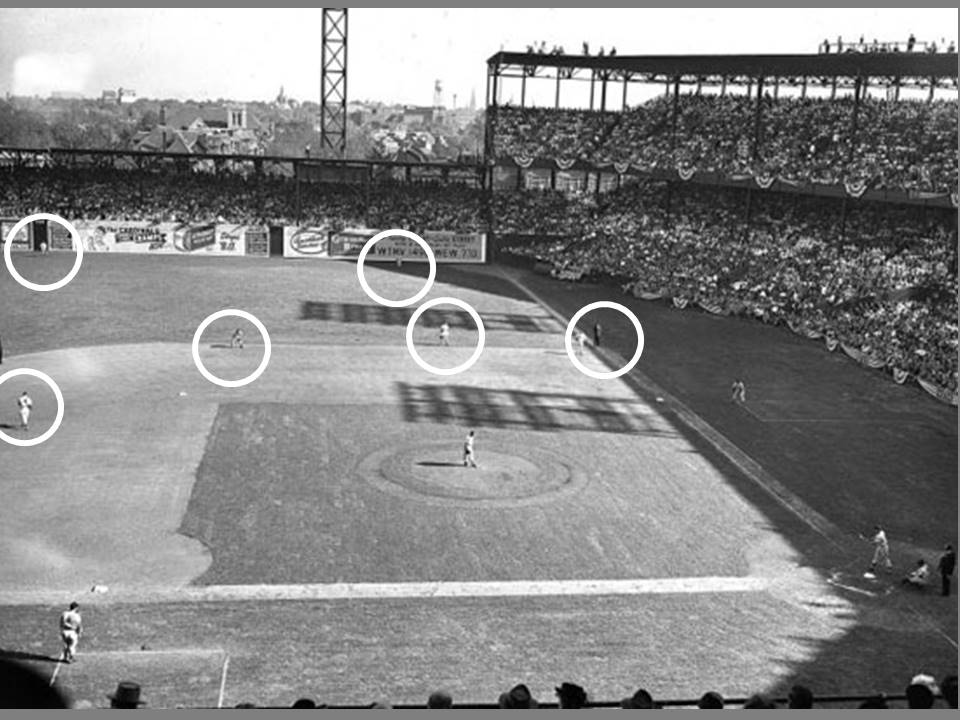 (Last of a two-part series)

Any business proprietor will tell you that facing continual challenges is a central element of operation.  Baseball is hardly immune.  The current hurdles staring at the corporate Major League Baseball afterguard are not insurmountable by any stretch.  But, they won’t vanish of their own volition.  The industry has to make some moves if it wants to avoid the dreaded fate of being “Overtaken by Events.”   Last week we addressed the central issue of the current baseball product; the pace and amount of action has decreased.  Seemingly every sportswriter has taken multiple stabs at solving the issue.  Few have applied systematic problem-solving.  The result is a wall with lots of splotches and stains, but little pasta has actually stuck.  Let’s approach this from a different perspective.

The aftermath of any significant industry event or catastrophe is the Apparent Cause or Root Cause Evaluation.  These can be extremely formal affairs with intricate procedures and large numbers of participants.  Ultimately the goal is to preclude recurrence by implementing effective Corrective Actions.  In order to do that the critical piece is to accurately delineate the problem.  Only then can the situation be dissected so the underlying causes are determined.  However, humans are not predisposed to such a patience-laden approach to things.  The first meeting of an event investigation committee inevitably turns into a collection of proposed fixes.  That’s where we collectively are now in the sports media.  The popular term for it is “Easter Egging.”  “One of these babies will fix it for sure!”

The hardest part of the entire ordeal is producing an accurate problem statement.  Here it is: “The amount of visual interest in today’s baseball product has decreased to a level that is producing negative effects.”   There are lots of techniques to take a problem statement and work towards an Apparent Cause.  The simplest is to pretend one is a youngster and ask “Why?” about four times.   It’s not the most comprehensive approach by any means.  And, it is scoffed at by many experts (most of whom have their own proprietary magic process.)  But, it’s plenty good enough for this exercise.

Organizations work towards what they value.  If you wish to turn an organization’s behavior one approach is to dis-incentivize the driving value.  In other words you would have to make the strikeout less worthwhile to the defense and/or increase the consequences to the offense.  With metrics fully in charge the latter possibility is off the table.  That answer then lies in de-valuing the strikeout to the defense.

There is a long list of proposals in circulation to reduce the production of strikeouts.  These include shrinking the strike zone, lowering the height of the mound or even returning to flat ground, and moving the mound itself.  All of these have been done before in various forms.  In the 1800’s the pitching ground was actually a flat 4’ wide by 5’ 6” long box of dirt that was located 5 feet closer than the mound of today.  There was no pitching rubber.  The pitcher had to start the pitching motion somewhere along the back of the box.  The mound was instituted in 1893 at its current location and was 15” tall.  The well-documented mound reduction in 1969 to 10” had a negligible effect on strikeout totals.   Batting Average jumped 11 points.  But, MLB expanded by 4 teams which dilutes pitching.  It is difficult to find statistical evidence that lowering the mound reduced strikeouts significantly.

The American Sports Medicine Institute advises pitchers to not throw at or near maximum effort on flat ground.  There is conflicting biomechanical sensor data about the level of stress on a mound as opposed to flat ground.  Cleveland Indians’ pitchers registered much higher stresses on flat ground when tested.  Lowering the mound height may increase injury potential.  ASMI also has done shoulder stress testing with cadavers.  What they found was that the shoulder ligaments failed at a high rate when exposed to the same forces generated by pitchers when throwing maximum effort fastballs, ~40 ft-lbs.  In other words, modern pitchers are frequently in the red zone on the tachometer.  Anything that adds even more stress to the equation for the entire population could have catastrophic consequences.  If anything, there is a decent case for injury avoidance by actually raising the mound.

The strike zone has moved, expanded, and shrunk numerous times.  Unless the change is dramatic the effects will be short-lived.  Raising the strike zone from the hollow below the knee to the top of the knee is a popular proposal.  That isn’t nearly dramatic enough to make a lasting change in strikeout production.  The golden strikeout will continue to be the end goal for the pitcher himself and the organization.  Making it more difficult to attain will only ratchet up the effort.   The Behaviorists figured out long ago that people do what they get rewarded for doing. What’s needed is to change the reward system.  That has to happen at the organizational level.

“Pace of Play” is a term thrown around without precise definition.  A 2018 MLB game averaged 3:04, of which 40-minutes are breaks between inning sides.  At 298 pitches per game the average time between pitches is 29 seconds which includes all the throw-overs, replays, and mound visits.  In 1998 the average was 27 seconds.  That translates to a difference of 10 minutes per game.   MLB is considering a 20-second pitch clock.  When instituted in the Minor Leagues in 2015 it reduced game times in every league. A Pitch Clock will have a positive effect.  But, it won’t produce more balls in play. It has the added benefit of restricting or eliminating the Batting Glove Velcro Dance ritual between every pitch. Western Civilization could then heave a small sigh of relief.

Let’s take one more short look at the 2018 Dodgers.  Within a system featuring an Active Roster limit of 25 the Dodgers managed to use 31 pitchers.  Ten pitchers started games.  In the month of June alone 6 pitchers were placed on disabled lists, some retroactively.  Some of the names were Kershaw, Ryu, Buehler, Baez, and Cingrani.  Others, like Rich Hill came off the DL.  Add trades and call-ups and you have a hot mess. A total of 18 pitchers were involved in 17 moves.  People were going up, out, and down at a stupefying pace.  All the while the team went 17-9 for the month.  Other than buying airline tickets by the brick and antacid tablets for the General Managers by the bushel basket, what’s the issue?  The problem is that the teams don’t pay full price for this Top-Fuel-Dragster mentality of pitching.  That approach needs to have more tangible negative consequences to the organization if the behavior is going to change.

The corrective action needed is to change the system.  MLB teams cannot get through a season with only eight relievers.  Raise the roster limit from 25 to 30, designating that a minimum of 17 must be pitchers.  However, that alone won’t fix anything.  What’s needed is a deterrent to throwing at maximum effort continually.  It has to hurt the organization as much as the sore-armed pitcher.  For hurlers eliminate the ten-day Disabled List.  If a pitcher is injured he goes on the 60-day list and cannot be replaced for 30 days unless there are only 12 pitchers on the active roster.

Things would change in a hurry.

Whatever changes MLB ultimately makes it is doubtful they will tackle the real issue.  A Pitch Clock will shorten the games. However, it will not produce additional batted balls in play.  Restricting shifts may improve the game’s aesthetics in a return to regular order.  It will also result in more hits and runs.  But, it won’t address the apparent cause of excessive strikeouts.  Adjusting the mound has disaster written all over it.  And, shrinking the strike zone will be a short-lived elixir.  Until the team organizations are grudgingly forced to operate within a system that brings their pitchers back from throwing at maximum effort for a high percentage of pitches the strikeout plague will continue.