Breaking: Sources say Tanner Roark is being shopped for trades! 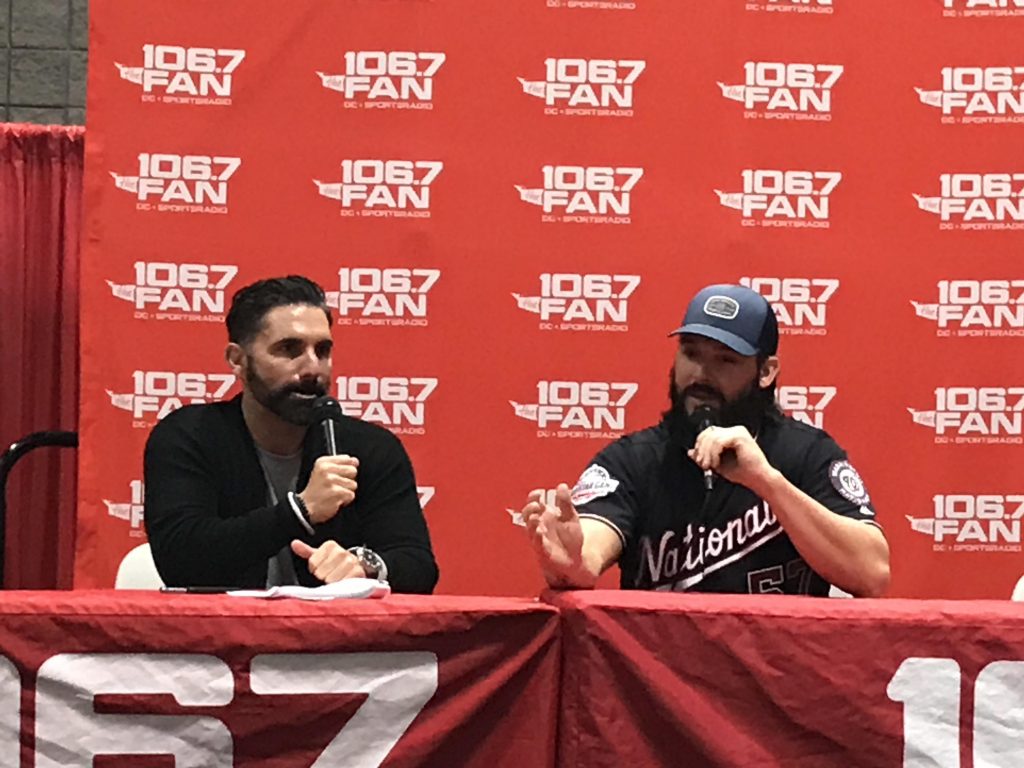 News broke this morning in a quite public way that Tanner Roark is available for trade which hit Twitter on a tweet from Yahoo Sports’ Jeff Passan. From the  beginning of the off-season’s roster realignments, Roark was listed by us as a question mark as to whether he would be tendered a contract. When Roark was tendered a contract two weeks ago we pointed to creative financing scenarios of “how do you keep Bryce Harper“, and the common denominator was to trade Tanner Roark and save his contractual dollars that are projected to be near $10 million. That is $10 million for a pitcher who has put up mid-4’s in ERA the last two seasons and has struggled with mechanics and command. While Roark is a popular player on the team, he just has not been effective putting the Nationals in the win column. While wins and losses do not fall solely on the pitcher of record, Roark led the Majors in losses in 2018 at 15, and he had 12-games where he gave up 4 or more runs of which seven of those games he did not get past the 5th inning.

The worst case scenario for the Nationals is that they would have to cut Roark and eat approximately $1.63 million of his salary. The best case is they retain him and he returns to “star” form with his new catching tandem of Kurt Suzuki and Yan Gomes. The middle ground is that Rizzo trades Roark and gets a “lotto ticket” on a prospect. You cannot expect much of a return for Roark if at all given his prior two years’ results and his age.

Breaking news: Jeff Passan and others reporting Tanner Roark is being shipped to trade as we have speculated. https://t.co/kWfY7DpEc3

Again, pulling off a trade is not a given for Roark. Why would another team want a $10 million pitcher who is right-handed and 32 1/2 years old, declining velocity, and led the Majors in losses at 15 on the season? Roark in back-to-back years has put up a 4.67 and a 4.34 ERA with WHIPs of 1.335 and 1.281. Roark has also had two dazzling seasons in 2014 and 2016 with 2.80’s ERAs as he looked like the steal of the decade as a throw-in on the Cristian Guzman trade in 2010. Much of Roark’s issues started when he decided to preempt his 2017 spring training to be a part of the World Baseball Classic.  When Roark returned to the Nats after the WBC, he never seemed the same as his mechanics were off, and he got hit hard as witnessed by that ERA.

When Roark was making $4 million he was still a bargain as he ate innings, but at his current projected salary the Nats can replace him with a more established player. Adding starter Patrick Corbin last week has made it possible for general manager Mike Rizzo to look at a simultaneous buy-and-sell scenario as the Nats look at a pool of established starters who could improve this roster.

This entry was posted in Analysis, Roark. Bookmark the permalink.
← Previous Article | Next Article →