#Nats increase their title chances by one Brazilian! 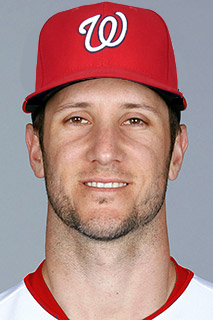 After a topsy-turvy afternoon of trade rumors today, the Washington Nationals emerged with sought-after catcher Yan Gomes, formerly of the Cleveland Indians. Reports had linked both the division-rival New York Mets and former playoff nemeses the Los Angeles Dodgers to Gomes in trade talks, but it was the Nats who were able to seal the deal.

Gomes was one of the Indians’ numerous representatives on the American League All-Stars this past season, hitting .247/.744 in the first half. He actually turned on the afterburners and had a stronger second half, unlike some other “he was an All-Star!?” All-Stars, as he hit .295/.791 the rest of the way. It was a big rebound year for Gomes, who famously sacrificed a rotisserie chicken in the clubhouse to try to get himself out of a 2016 slump. He was decent in 2017 but still only managed a .232 average (.708 OPS). All told, in 2018, he turned in a .266/.762 line.

But while Gomes is one of the strongest-hitting catchers in baseball, it’s his work behind the plate that really makes him a valued player. Gomes has consistently posted above-average caught-stealing numbers, although he backslid to just being slightly above average this year after putting up a crazy 42% CS rate in 2017. (He did tie a career high by picking off five runners, though, so it’s not like he’s suddenly become a guy to challenge on the basepaths.) Gomes has never allowed more than six passed balls in a season, and in only one season (2014) has he committed more than nine errors behind the plate. He also has a reputation as an excellent pitch-framer and game-caller, working most notably with two-time Cy Young Award winner Corey Kluber on the Indians’ staff.

Cleveland didn’t give up their popular backstop, a São Paulo product who was the first Brazilian-born player to make it to the major leagues, for nothing. The Nationals acquired the 31-year-old for outfield prospect Daniel Johnson, right-hander Jefry Rodriguez, and a player to be named later. Evaluators have deemed it a mostly even trade, although many Indians fans in the blogosphere are notably unhappy.

Johnson is a potential five-tool player but struggled through an up-and-down campaign that culminated in a second straight forgettable stint in the Arizona Fall League. He’s roundly considered to have a floor as a fourth outfielder in the major leagues with a possible everyday ceiling, but he isn’t often seen as a future star. Rodriguez made his major league debut for the Nats this year, pitching both as a starter and out of the bullpen, and had a pretty rough go with a 5.71 ERA, 1.54 WHIP, and 1.05 K/BB. He was not seen as likely to fit into the Nats’ rotation plans in 2019, although he could have functioned as up-and-down depth or slotted into a relief role.

The departures of Johnson and Rodriguez leave the Nats still enjoying decent outfield and starting pitcher depth, although it probably should be considered more depth than pipeline. Johnson looked fairly redundant to fellow toolsy lefty swinger Andrew Stevenson in the Nats’ system, while being pushed from below by the likes of Telmito Agustin. Rodriguez was vying for major league consideration with fellow young guns Joe Ross, Erick Fedde, Austin Voth, and Kyle McGowin, falling probably in the middle of that pack on the Nats’ organizational depth chart behind their established trio of Max Scherzer, Stephen Strasburg, and Tanner Roark.

Gomes, meanwhile, joins a team that has been searching for an answer to its catching woes ever since Wilson Ramos collapsed near home plate with torn ligaments in his leg late in the 2016 season. Ramos’ heir apparent, Pedro Severino, fell flat given multiple chances to prove he belonged in the big leagues. Derek Norris, acquired to replace Ramos as the Nats’ frontline catcher, was released before ever suiting up for the Nats in the 2017 regular season. Matt Wieters, signed to supplant the underwhelming (and otherwise troubled) Norris, was a bust in his two years in D.C.

It looked like the Nats had answered the question of who would take on everyday catching duties earlier this month, when they moved aggressively to sign old friend Kurt Suzuki away from the Atlanta Braves. But it didn’t quite dispel the speculation, especially when the famously affable Suzuki remarked that he would be fine playing as few as 50 games if that’s what the Nats asked of him. Rumors continued to connect the Nats to other catchers on the market, but there was no obvious link between Washington and Gomes up until a couple of Tweets this afternoon:

My sources tell me Yan Gomes is going to the Nationals. Sorry Mets

Yan Gomes is being traded to the Washington Nationals, per source. Haven’t heard who is going back to Cleveland but it won’t be for DC’s top prospects

It wasn’t immediately clear if the reports were serious. Madden and Federico are little-known outside of the New York sports media — the Mets had been said to be very interested in Gomes as recently as today — and it was over an hour later when the news was picked up by national writers:

#Nationals in serious discussions with #Indians about a trade for catcher Yan Gomes, sources tell The Athletic.

What’s the moral of the story? Well, sometimes it’s that the right person in the right place at the right time can hear something before the national (or even local Beltway and Cleveland) media catches on. 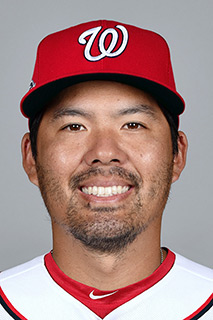 There were a few more false starts, including a since-deleted Tweet from Jon Heyman that Nats outfielder Michael A. Taylor was heading back to Cleveland in the swap and a premature but ultimately accurate Jon Paul Morosi report briefly published on MLB.com naming Johnson and Rodriguez in the Indians’ return. But in the end, the deal was announced and Gomes is now a Washington National.

It is not yet clear exactly how the Nats will deploy their new tandem of Suzuki and Gomes. Both are among the best-hitting catchers in baseball, and both have sterling reputations for how they handle a pitching staff. A more-or-less 50/50 split between the two catchers — an equal condominium behind the plate — would not be surprising. Gomes also has some limited past experience when he was with the Toronto Blue Jays at playing first and even third base. Nats skipper Davey Martinez has shown a willingness to deploy his catchers at the corner infield spots, with rookie reserve Spencer Kieboom donning a first baseman’s glove a few times and a third baseman’s glove once during the 2018 season. It’s possible, though far from obvious, that Martinez could work both Suzuki and Gomes into the lineup on occasion by sliding the latter 90 feet up the basepath.

The numbers speak for themselves: They’re an upgrade. Suzuki was worth 4.9 wins above replacement, according to Baseball-Reference, over the past two seasons; Gomes was worth 3.9 WAR. Matt Wieters was worth precisely 0.0 WAR, with the slightly negative WAR of his dismal 2017 campaign canceling out the slightly positive WAR of his less dismal but injury-battered 2018 campaign. (FanGraphs sees things pretty similarly, assigning Suzuki 4.6 WAR over the past two years, Gomes 3.9 WAR, and Wieters 0.6 WAR.) 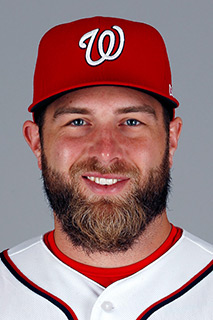 As for Spencer Kieboom, he likely starts the season either in Triple-A Fresno or, if the Nats want to keep him closer, at Double-A Harrisburg. (With the Nats stuck with remote Fresno, Calif., as their Triple-A affiliate, it remains to be determined how the organization will set its minor league rosters to ensure that players on the 40-man roster can be called up on short notice.) Kieboom likely won’t be thrilled to officially have his spot taken, but he acknowledged the possibility in a recent interview with The Washington Post:

“It’s not something you can think too much about, because if you do, you could really go crazy,” Kieboom said in late September, when it was clear that veteran Matt Wieters may not return and the Nationals would have a hole, or two, to fill at catcher this offseason. “If they want you to start, or be the backup, or be the experienced guy working with pitchers in the minors, whatever, you need to come and play the same way. It’s not my job to figure out how I fit within the organization in the future. It’s just my job to play.”

“This season, I think I showed the coaches and the front office what I can do and I just need to get better at it,” he continued. “Working with pitchers, being solid defensively, putting the ball in play, this coming offseason I want to build on all of that.”

Kieboom didn’t have long to stress out about his role. The Nats struck quickly this off-season, first with Suzuki and now with Gomes. After previously addressing their setup needs in the bullpen with a quick-strike trade for Kyle Barraclough and an incentive-laden deal with free agent Trevor Rosenthal, the Nats have now addressed a second glaring hole in their 2019 plans before the Winter Meetings in Las Vegas have even started.

Were these the right moves? It can be debated. But with the Gomes deal, whether you’re a fan or not likely hinges on your opinion of Johnson and Rodriguez. As a Baseball America writer put it:

OF Daniel Johnson and RHP Jefry Rodriguez are both very toolsy but also still have rough edges to their games. An interesting bet by the Indians in this deal

The Nats surely would have preferred to offload someone like Severino, who is out of options and will have to be traded or designated for assignment if he doesn’t make the Opening Day roster, than to give up a potential high-leverage reliever or mid-rotation starter like Rodriguez. But they clearly felt that adding Gomes improves their immediate outlook and subtracting Johnson and Rodriguez doesn’t hurt them too badly in the long run. Time will tell whether these players end up as “the ones who got away”, like Robbie Ray, Felipe Rivero Vazquez, and Blake Treinen, or if they end up as “hey, weren’t those guys Nats?” like David Freitas, Matt den Dekker, and Nate Karns. 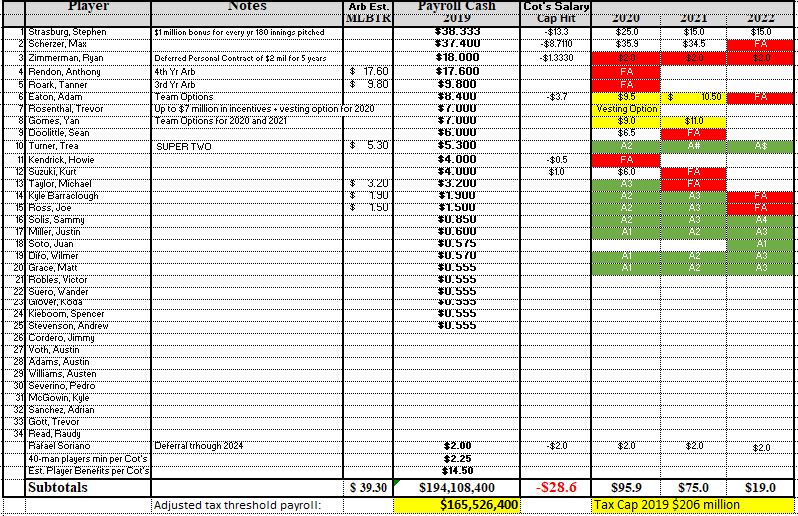