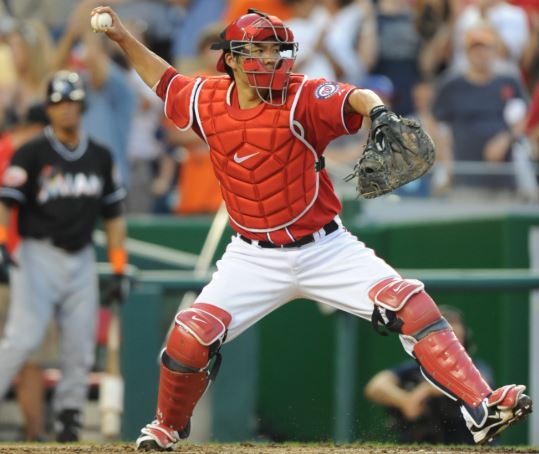 Washington Nationals general manager continued his quick strike approach this off-season with his third major acquisition before Thanksgiving as he has signed Kurt Suzuki according to reports to a two-year deal. This is another back to the future deal as Suzuki was a part of the Washington Nationals when Rizzo acquired him via a trade in 2012 for David Freitas.

The Nationals were certainly in the market after two disappointing seasons with Matt Wieters as the primary catcher and Rizzo said more than once that he wanted to acquire a front-line catcher. Suzuki was not at the top of our mock list where we had Yasmani Grandal and Wilson Ramos, but the 35-year-old was not going to cost as much as Grandal and Ramos and Suzuki does not cost Q.O. penalties like Grandal would have.

For Suzuki, he had a career year in 2017 and had a very good season in 2018 where he appeared in just over half the games at catcher and started 83-games at catcher while splitting time with Tyler Flowers on the Braves team. In fact, the Braves extended Flowers contract allowing Suzuki to head to free agency.

What is odd is that Mike Rizzo inferred in a comment at the General Manager’s meeting a week ago that he wanted a catcher who could give him 120 games and Suzuki only played 73 full games at catcher last season in his age 34 year.

The Nationals went smart with a slight deferral for 2019 to 2020 which gets the Nationals just under a $5 million AAV for the 2-year deal.

With this move, the Nationals 40-man roster moves to 36 players ahead of the Rule 5 decisions, and the Nationals payroll moves to just under $160 million for CBT purposes. 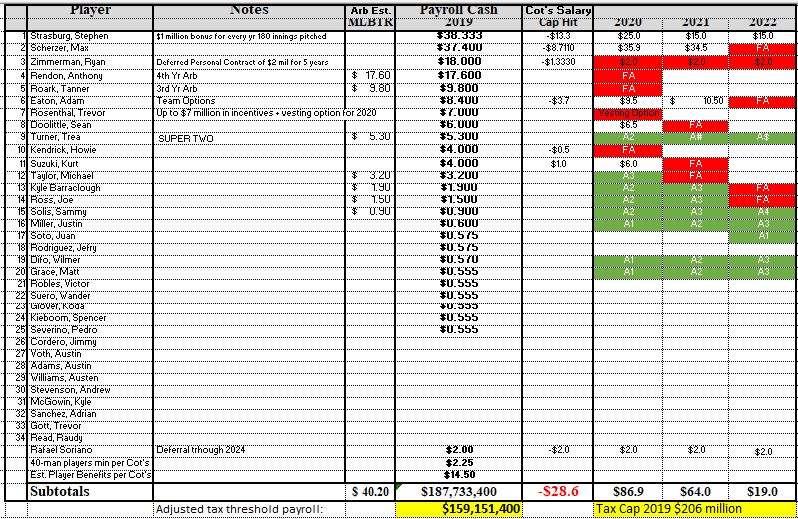 So far this off-season in less than 30-days since the World Series has ended, Mike Rizzo has already added three key players to his 2019 roster and beyond with the acquisition of Suzuki, Kyle Barraclough and Trevor Rosenthal. Next up on Mike Rizzo’s list is starting pitching, and of course there will continue to be Bryce Harper rumors.