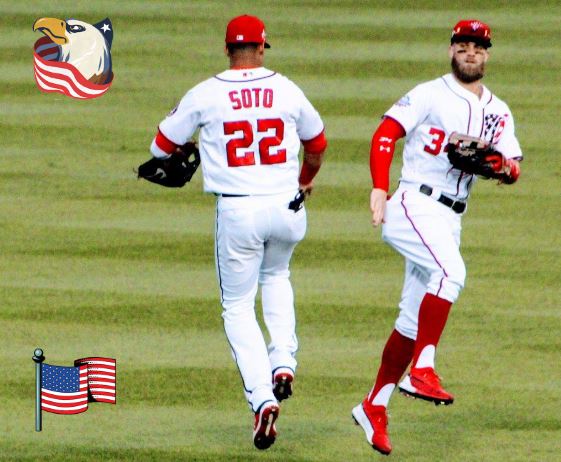 On this Veteran’s Day, we want to start this article with honoring all who have served and given us the ability to enjoy our freedoms. We are fortunate that the Washington Nationals honor veterans and patriotism at every home game which is a special and unique part of being a Nats fan. It never feels forced or fake.  Today is also the deadline for the players who received Qualifying Offers to accept them or reject them. Today at 6pm is the Rookie of the Year announcements. For Nationals fans, there will be no drama as to whether or not Bryce Harper will reject his Q.O., but there will be some drama as to who wins the NL Rookie of the Year award as Juan Soto posted the greatest teenage rookie season in baseball history.

To those who have served to keep us safe and free…

On Q.O. day, the rules are the same as last year regarding draft pick compensation and penalties for signing QO players. This season there were only seven players who received QOs with Bryce Harper at the top of the list. Since the Nationals and Red Sox are both believed to be over the CBT salary tax threshold, their compensation is much different from the Dodgers who will not be penalized.

The current 2017 Collective Bargaining Agreement rules state that if the team that loses the free agent is a revenue-sharing recipient, based on its revenues and market size, then the selection — if and only if the lost player signs for at least $50 million — will be awarded a pick between the first round and Competitive Balance Round A of the 2019 MLB Draft. If the player signs for less than $50 million, the compensation pick for those teams would come after Competitive Balance Round B, which follows the second round.

The following 16 teams currently qualify for these picks: A’s, Braves, Brewers, Diamondbacks, Indians, Mariners, Marlins, Orioles, Padres, Pirates, Rays, Reds, Rockies, Royals, Tigers and Twins. As you can see, only the Diamondbacks will benefit from the “small market” rule if Pollock and Corbin both sign deals of at least $50 million in free agency.

If the team that loses the player does not receive revenue sharing and did not exceed the luxury-tax salary threshold the previous season, its compensatory pick will come after Competitive Balance Round B. The value of the player’s contract doesn’t matter in this case. The 2 clubs that fall into this category are the Astros and Dodgers, but there is a chance that Ryu accepts the QO and takes the $17.9 million salary guaranteed for 2019.

If the team that loses the player went over the luxury-tax threshold, the compensation pick will be placed after the fourth round has been completed (as with the previous scenario, it doesn’t matter how much the player signs for). The only two clubs believed to have exceeded the threshold in 2018 are the Nationals and Red Sox. The Nats will receive a compensation pick after the 4th round if Bryce Harper signs with another team. 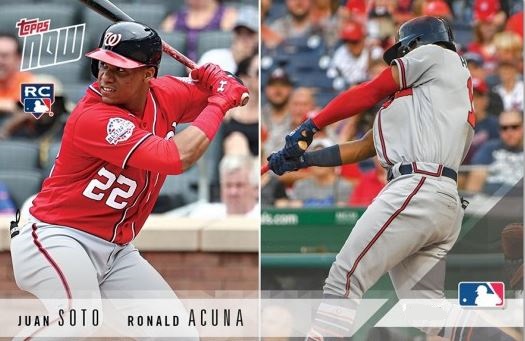 On the Rookie of the Year awards, the show starts at 6pm EDT on MLB Network. The award was renamed the Jackie Robinson Award in July 1987.

The National League pick is a choice between who had the best season while also considering the historic impact that Juan Soto had as a teenager. The Childish Bambino set the all-time record for arguably the greatest teenage season in baseball history when he broke Mel Ott‘s OPS record with a new mark of .927 and tied Harper for second place in teenage home runs at 22 falling two behind Tony Conigliaro.

If age was not an issue, it is almost identical between Soto and  Ronald Acuna who tied at 3.7 WAR in the Fangraphs rating as to who had the better all-around season, but if you age adjust, Juan Soto should win the award. Should team record matter in deciding who wins the ROY as ? Like chronological age, it is not part of the criteria that each BBWAA voter is given, but voters might consider the fact that the Braves won the NL East as a reason to cast a vote for Acuna since the statistics are so close between Soto and Acuna.

Both Soto and Acuna are playing in the Japan Series.

This entry was posted in Awards, QO. Bookmark the permalink.
← Previous Article | Next Article →