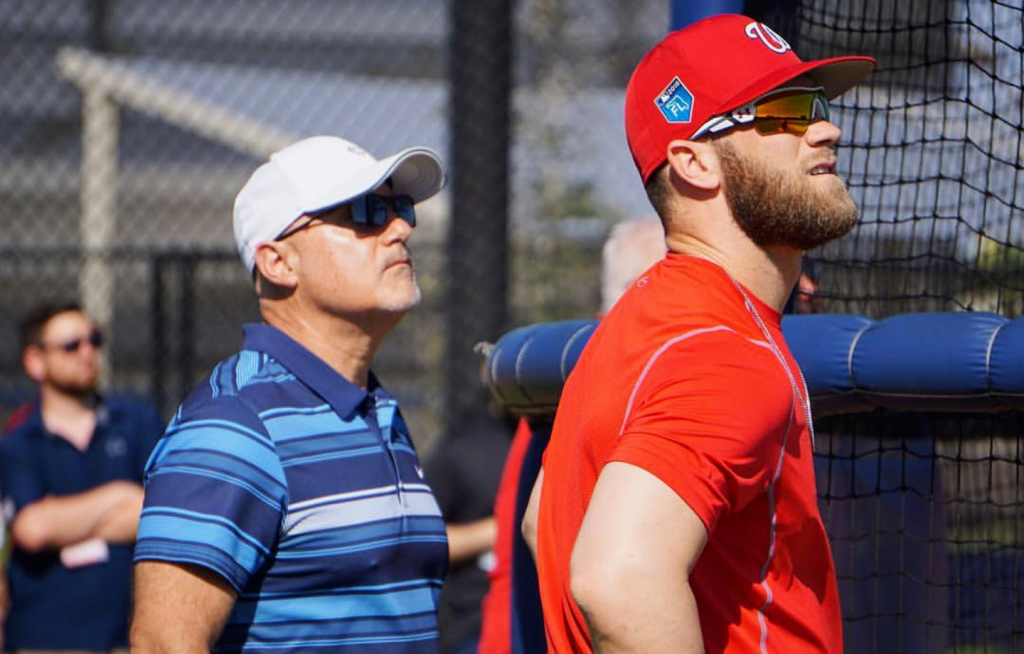 With the off-season chugging along, the Washington Nationals have quickly made two key decisions ahead of schedule. Yesterday, the Nationals activated Howie Kendrick off of the 60-day DL and moved him back to the active roster, and they picked up Sean Doolittle‘s team option. Those were both no-brainer and obvious moves. The Nationals have not decided on Jhonatan Solano who is the only player remaining on the 60-day DL. By Friday, Solano either has to be activated to the 40-man roster or receive a DFA. With the front office staff flying out this weekend for the General Manager’s meetings, the other decision is who gets a Qualified Offer of $17.9 million. We have been told by a source that only Bryce Harper will be QO’d by the Nationals.

The 800-pound gorilla in the room is Bryce Harper‘s status. The Nationals are currently in their 5-day exclusive negotiating period with Bryce Harper although we previously wrote here that the Nats made a last-ditch offer of 10 years at $280 million before Bryce left for Las Vegas.  While there was no other corroboration of that from any of the beat writers, MASN”s Mark Zuckerman wrote that there was supposed to be a meeting in Las Vegas with Harper, his agent Scott Boras, Mike Rizzo and principal owner Mark Lerner, and it looked promising that maybe the Nationals were going to button up the final version of a new contract in Las Vegas, but we reported last week that the meeting never happened and the Nats were done. Some of our sources told us that there “never” was a meeting set which just adds to the mystery.

@MarkZuckerman any word if this ever happened? We checked in and heard nothing. https://t.co/w6xLYxl4p5

Last I checked, a meeting hadn’t happened yet.

What happened to the Las Vegas meeting with Rizzo, Lerner, Boras and Bryce Harper that was set to take place in October before the World Series? pic.twitter.com/KTmsDOuiqa

"We know who the team is. It is already completed and done but Bryce has told me he wants to tell you personally," Scott Boras said in an interview with the YES Network.

You must decide if Boras is joking. Keep in mind that Bryce Harper can only negotiate with is the #Nats https://t.co/dWQjgjSRyJ

Just a joke. Nothing to see.

The last few days have included Scott Boras joking that Harper has picked his team, and dozens of articles hedging where Bryce Harper will sign. Our sources do not expect that anything will happen between the Nats and Harper any time soon.

“A frontline catcher is a guy we should target and go after,” general manager Mike Rizzo said before the end of the season. “It’s a huge position defensively — first of all. It’s a guy who controls the game, and I think you saw when Wieters went down. The way the pitchers threw to the catchers was as important as any type of offense you’re getting from the catcher position.”

Indications are that the Nationals will proceed with their off-season plan which Mike Rizzo has said is bolstering his starting rotation and acquiring a frontline catcher while also stating that Bryce Harper is in the plans. While Harper might be in the plans, he does not appear to be the top priority.

“Of course [Bryce Harper] is in our plans,” Rizzo said a few weeks ago. “He’s a guy we would love to have. He’s a part of our family. He’s a big part of this roster performance-wise. Like I’ve always said with these type of deals, you’re not betting on the baseball player; you’re betting on the person. He’s a person we’d like to have with us.”

In this case with Harper, it will be putting your money where your mouth is because re-signing Harper could break the bank or impede the Nationals ability to upgrade other parts of the roster because of budget constraints. Yes, it is still possible for Rizzo to wheel and deal, and meet all of his goals along with re-signing Harper — but extremely complicated due to the competitive balance tax and the Nationals budgetary constraints which they have to weigh with their priorities.

Sports Illustrated has compiled a Top-50 free agent list for this off-season. On that list, ex-Nats lefty Gio Gonzalez at #40, Nationals’ Kelvin Herrera is listed at #38, ex-Nats 2nd baseman Daniel Murphy at #24, ex-Nats catcher Wilson Ramos at #14, and Bryce Harper at #2.