Trea Turner is Super Two which will give him a windfall of millions! 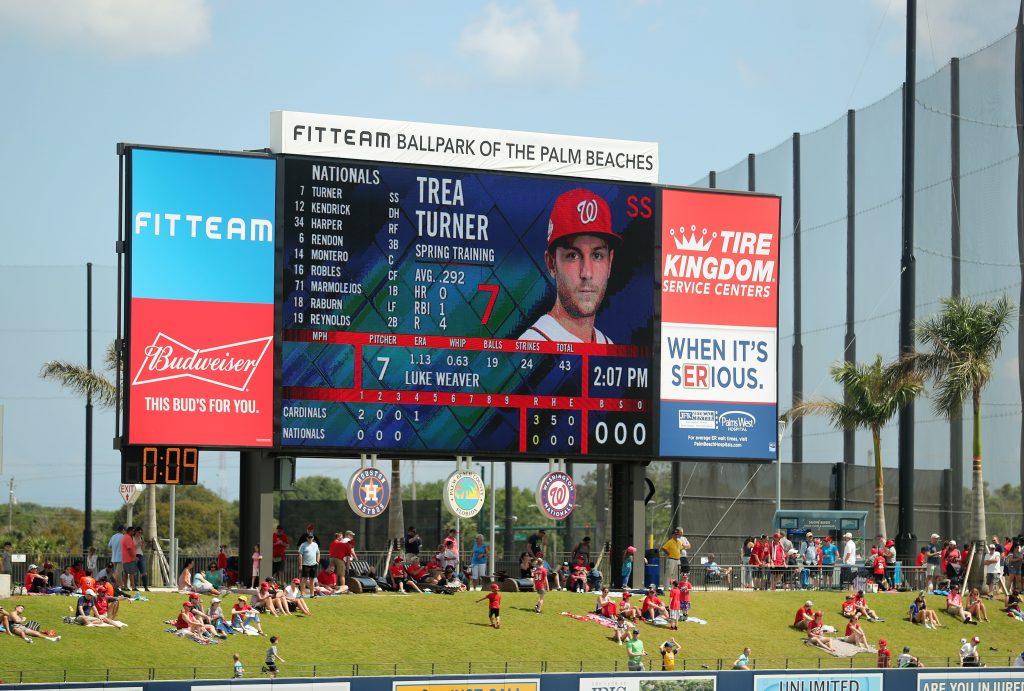 While people all over the country were buying Mega Millions and Powerball tickets this week, Trea Turner by one calendar day of service time crossed the threshold of minimum salary player to Super Two status which gives him four years of salary arbitration instead of the typical three years and a windfall of millions.

The Super Two cutoff was 2 years and 134 days of service time, and Trea was at 2 years 135 days of service time which meant he made it by one day. Those two days Dusty Baker cemented Turner to the bench watching his teammates play while Ryan Zimmerman was on paternity leave in early 2016 should end up costing the Nationals tens of millions because arbitration dollars are generally cumulative based on the prior years.

This year Turner is estimated to make $5.3 million per MLBTR projections instead of the league minimum salary of $555,000. That is nearly a $4.7 million difference. Next year the multiplier will get based off of the 2019 salary and so on through 2022 which is Turner’s last year of team control.

For those who want to read all about Super Two players, it is in the MLB collective bargaining agreement Article VI (E)(1)(b). There were three players who missed out on Super Two by a matter of days. For Trea Turner, he is getting married soon, and this money will probably make a big difference in his off-season plans. It’s like he hit on Mega Millions with some of those mini jackpots shared with others. Only the top 22% of players each year with at least two years but less than three years of service time get Super Two status.

Yes, the Nationals reliever Justin Miller missed Super Two by a week. In his case the difference was only going to be a few hundred thousand this year, and Miller will earn at least $555,000 in 2019 if he stays in the MLB roster the full season.

For Trea Turner, his true market value if he was a free agent would be closer to $15 to $20 million a year. He had an excellent 2018 season with a final Fangraphs WAR value of +4.8. 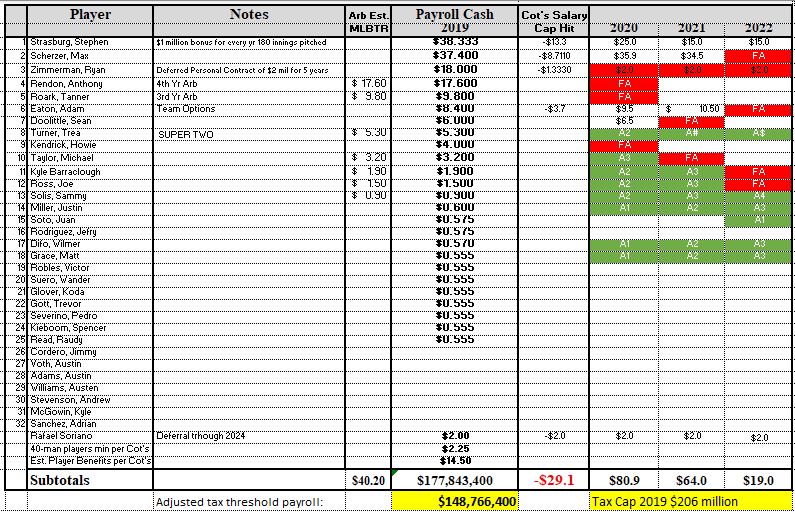 We had already imputed Turner’s salary projected with Super Two so nothing changes with our payroll and tax threshold projections.