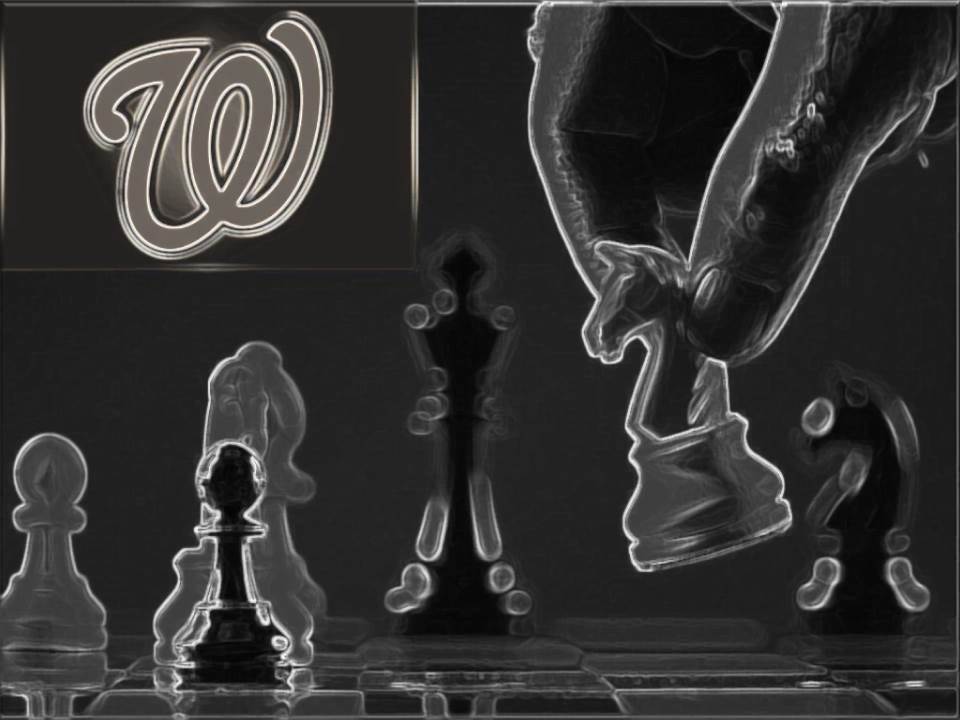 One of the most discussed topics around Nationals’ baseball all year has been first-year manager Dave Martinez.  Much of the dialog has closely resembled a scene from old black-and-white horror movies where the villagers gather near the castle with torches and pitchforks. Some of it has gone far over what little is left of the line demarcating common decency.   Passion works both ways within a fan base.  But, the fact remains that he was hired.  There are reasons for that beyond the obvious.  If Davey induces indigestion then stock up on antacids.  There are reasons that in all likelihood he will be retained as well.

The goals and aspirations of an organization drive its behaviors.  The Lerners have repeatedly said they want to win the World Series.  With that in mind consider the autumn of 2017.  Dusty Baker had just finished a very successful regular season.  But, the team again failed to advance past the Division Series.  It was one ripe for the taking.  Dusty had fallen into his familiar post-season pattern of failure to make the most of opportunities and advantages.  The list of sins was long.  However, leaving aged Jayson Werth in the field late in games while gazelle-like Victor Robles sat in the dugout is arguably the most egregious.  Dusty has a lifetime post-season managerial record of 22-32 winning 3 of 11 series. If you are in the Driver’s seat of the organization, and you want to win the Big Dance, then sticking with Dusty becomes counter-intuitive.  We know all that because it was in plain sight.  What we don’t know are the dynamics that took place out of view.  The combination of elements was enough to solidly tip the scales towards dismissal.

Now what?  In an ideal world there would be a Hall-of-Fame shoe-in with significant post-season success just returning from sabbatical. Fresh and ready the veteran icon would steer the team to the Promised Land.  Unfortunately, the alarm clock rang and interrupted that pipe dream.  The landscape was fairly bare.  There was one big name on the board, however; Joe Girardi.  Everyone would hear it all summer from the pundits.  The reason the talking heads gave for the Nats not hiring Joe is that the Lerners are cheap.  A quick fact check showed they have one of the highest payrolls in baseball.  That required morphing the line to, “…they don’t like to pay managers.”  There are two problems with this narrative.  The first is that Girardi declared he was taking his own sabbatical. The second is that Girardi didn’t walk away from the Yankees: He was shoved out in very similar form to Dusty.  Girardi’s “Old School” approach had alienated the team’s young players.  For a team like the Nats with a bit of a youth wave coming within two years with Robles, Soto, and Carter Kieboom this was a warning flag.

The strategy taken was to pick a rookie manager.  It was a gamble.  Rookie managers lose games they won’t later after they gain experience.  Casey Stengel and  Bruce Bochy are on the long list of managers with losing records their first year of managing.  There were two other elements in play, however.  It appeared the division was there for the taking.  The Braves looked to be at least a year away.  The Phillies were coming off of a hot mess season.  The Mets had pitching and little else.  And, the Marlins had not only sold everything in sight, they dug into the safe deposit box and sold those contents as well.  The thinking, in all likelihood, was that the talent on the team would overcome the rookie manager’s losses while he got his footing.  By the playoffs the team would be in full stride and ready.  The second element was that a rookie manager would be malleable.  Organizations, almost without fail, hire the polar opposite personality of the predecessor.  An older, long established manager like Dusty quite often is stubborn. Rizzo wanted someone he could mold to his liking.

Davey was the understudy of Joe Maddon for years.  Joe took small-market Tampa Bay from 101 losses to the World Series in 3 years.  He has team-building activities on a frequent basis.  It should not have been a surprise that Davey tried to emulate that with the now infamous camel rides and the clubhouse Disc Jockeys.  This infuriates those that conflate the baseball clubhouse experiences with those in a Marines’ Quonset Hut.  The resulting ridicule should not have surprised Martinez.  Every time the Cubs lose two games in a row before one of Maddon’s frequent team fun exercises, like flying from the West Coast in pajamas, the Chicago papers raise Holy Hell.

It took all of three weeks for much of the fanbase to decide that Davey didn’t have the wherewithal to fill the job.  He made mistakes by the bushel basket.  Bullpen management, the hardest of the skills for a young manager to master, was atrocious.  Relief Pitchers were being warmed up without coming into the game, the so-called “Dry hump”, on a daily basis.   The lineup shifted constantly.  Finally, his post-game pressers are not high in entertainment value.  His goal is to say as little as possible.  He has obviously been trained in the, “Message Box” technique of always returning to the central message.  Usually that is a boilerplate cliché: “We have to do the little things correctly.”  Or, “The guys really fought hard today.”  It’s an act designed to reveal as little of him as possible.  For those who evaluate managers based on pressers, Davey provides a constant stream of ammunition.

Those that prefer the volcanic Earl Weaver  style temper tantrums at umpires are also disappointed.  Martinez has been thrown out of only one game.  That was in Game #8 on April 7.  Ten other managers have also been ejected only once this year including Boston’s Alex Cora.  Terry Francona is the sole manager not tossed from a game.  The two managers with the most incidents are John Gibbons in Toronto and Rick Renteria with the White Sox with six apiece.  There are 13 managers with 3 or more ejections.  Only five of them have winning records. If there is any statistical correlation between being kicked out of a game and winning then the scant data says more ejections don’t help.

He had a bullpen insurrection.  Big Daddy intervened to kick ass, take names, and ship a few heads out of town.  If you think this doesn’t happen in other businesses with new supervisors, guess again.  One uprising that requires intervention by a superior is almost a given.   Things don’t get really tenuous until there’s a second maelstrom.  It never came for the Nationals.

Fast forward the tape to late August.  The team dealt off assets.  Suddenly Davey has the team playing with higher energy.  He handles the bullpen better.  The lineup is fairly constant.  Rest is given to the right people at the right time.  That trend has continued into the final few games of the season. It all turns into too little too late.  But, that is for the season.  From the standpoint of Martinez it turned out to be good measure in the nick of time.   No one hires an inexperienced person expecting Master-level performance out of the blocks.  The retention criteria is; “Can he learn?”  The interface with Rizzo is all important here.  Mike has a large stake invested in Martinez’ eventual success.  Davey has shown growth over the year.  Without doubt there has been massive mentoring going on behind the scenes.  Martinez was perceptive enough to apparently embrace it.  Some hires are based on the immediate return.  Many are based on future potential.  There is little doubt that Davey’s hiring was based on the latter.

The bottom line is that he will be back next year barring something unforeseen.   Whether the torches and pitchforks are put into storage is another matter altogether.