Mr. Walk-Off does it again! #Nats shock the Phillies! 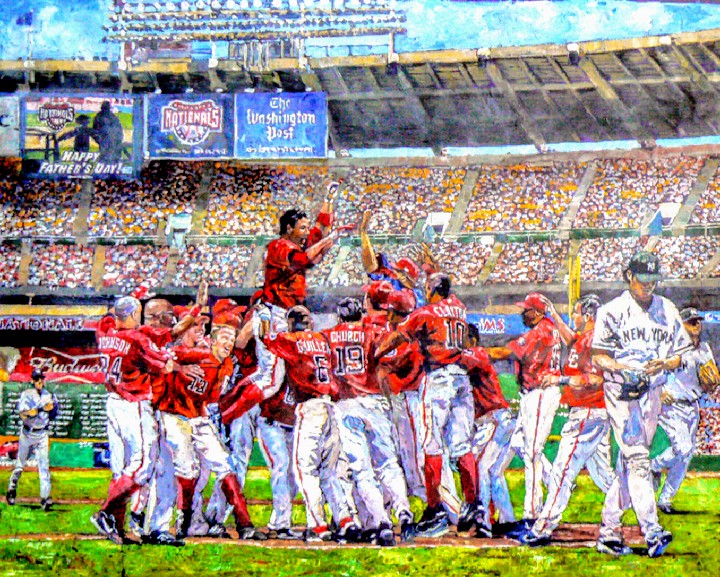 This Washington Nationals team for two days in a row has been playing with youthful enthusiasm and have comeback wins in two straight games in dramatic fashion, and on this night, it was Ryan Zimmerman with a 2-out 2-run walk-off home run after Juan Soto doubled in a 2-strike count. A week and a half ago it was the Nationals who suffered two meltdowns to lose via the walk-off in Chicago and St. Louis. It is much better to be on the receiving end of games like this.

“What a great job by the guys tonight fighting back,” Ryan Zimmerman said. “The last two nights really. We just got to keep going. Come out here every night and try to win a game that night. The truth is we have 30-something games left, and we’re going to try to win each one.”

The other good news is that Stephen Strasburg is back as he started this game and went four innings before turning it over to the bullpen.

This was the 11th walk-off in Ryan Zimmerman‘s career which gave him the nickname in 2008 of Mr. Walk-Off. The initial ruling by the umpire was a double with Soto scoring to tie the game. On replay review, they overturned it which added drama. Zimmerman joins an elite group of walk-off heroes in the top-10 all-time for walk-off home runs. Jim Thome has 13 walk-off home runs followed by Jimmie Foxx, Mickey Mantle, Stan Musial, Albert Pujols, Frank Robinson (Zim’s 1st manager), and Babe Ruth all have 12 walk-off home runs, and Zim is tied with David Ortiz and Tony Perez with 11 walk-off home runs.

The Nationals were behind three times in this game and never gave up. Every Nats position player had at least one hit in this game. All of this was possible by some great bullpen work in the top of the 9th inning as Jimmy Cordero had to work around a lead-off error and with one out and bases loaded he got a pop-out from Asdrubal Cabrera and Matt Grace then relieved Cordero to strikeout Justin Bour to strand 3 baserunners.

This game was started by Stephen Strasburg who returned from the DL and is really in Spring Training mode because the Nats were in desperation mode and rushed him back as Strasburg had only had some bullpen sessions and one sim game last week where he threw about 45-pitches.

As you might expect, Strasburg was not sharp with the command on his full arsenal of pitches, and he threw 84-pitches in total in this start over his 4-innings which included a very long 1st inning which took its toll. The first few fastballs Strasburg threw in the 1st inning registered near 95mph on the radar gun and slowly his velo declined (see chart) as his endurance just was not at his peak performance at this point yet as he works himself back into shape which takes time after a pitcher has been shutdown. Manager Davey Martinez said he was “gassed” which is understandable.

“It was a work in progress,” Strasburg said about his performance. “I just think [the velo drop] was endurance.”

On this night, it was Strasburg’s teammates who picked him up, and the bullpen finished off the remaining 5 innings for him. If not for two bad pitches by the bullpen, they would have had a very good night.

Manager Dave Martinez had his strategy working early and once again used Andrew Stevenson in a key pinch-hitting at-bat, and Stevo drilled a liner deep enough to score Wilmer Difo on a sacrifice fly. It was Stevenson’s third RBI in 2 at-bats since he was called-up yesterday to replace Matt Adams. Stevenson now has as many RBIs as Adams had for his entire month of August with the Nationals. For Wilmer Difo who replaced Daniel Murphy, he was 2-3 with a walk. His two hits today were a triple and a double. Difo also turned some slick defensive plays tonight and was out early today working with his coaches in groundballs. Yes, defense matters.

For those of the 31,855 fans in attendance who stayed to the end were treated to another high energy game with an unforgettable finish. 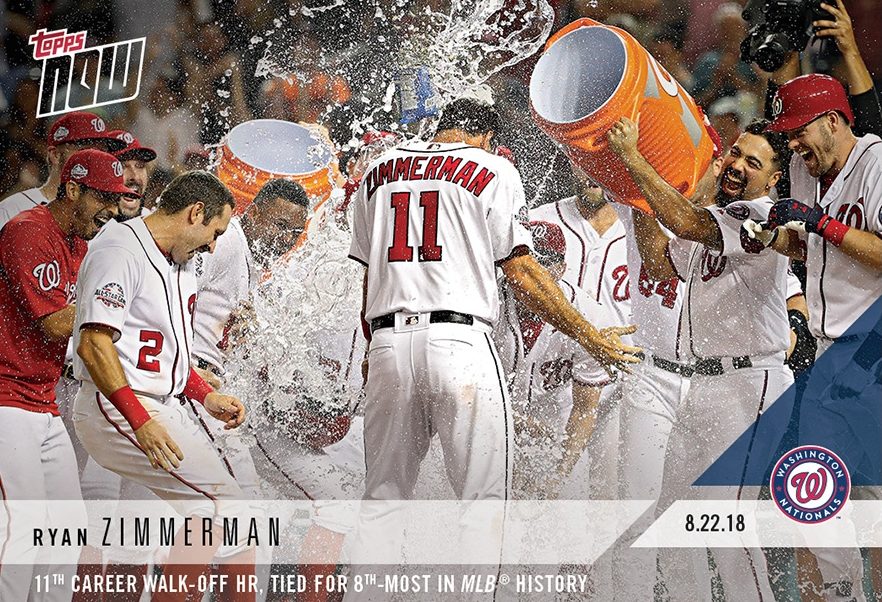