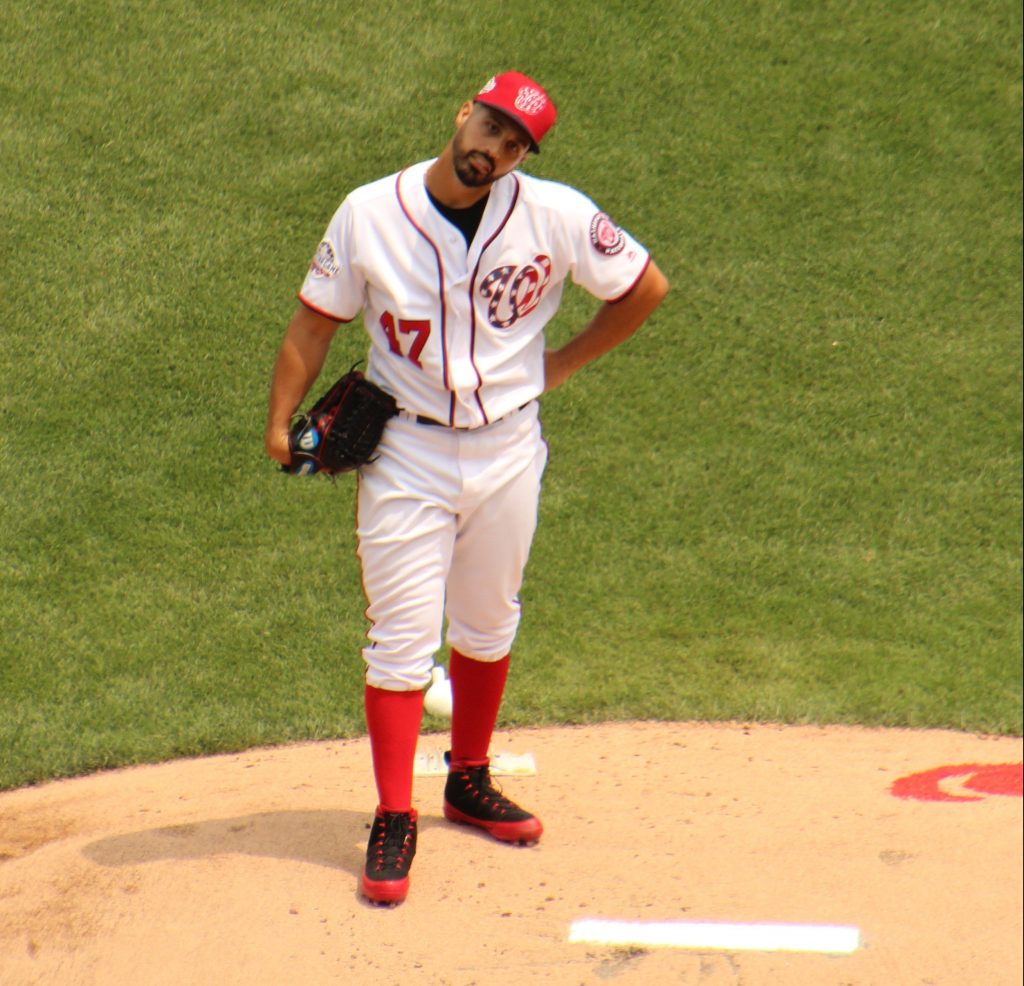 Two weeks ago, Washington Nationals starting pitcher Gio Gonzalez looked like one of the best pitchers in baseball with his ace ERA of 2.10. People were talking about Gio as a lock for the All-Star game. Fast forward to Toronto over the weekend, and Gio looks like a pitcher who is trying to find his way back on track. Currently, Gonzalez’s 3.01 ERA ranks him now at 18th for starting pitchers.

For the Orioles today, they will throw Andrew Cashner out there as he returns from a stint on the DL. The Nationals have seen Cashner a few times before and many Nats have hit the right-hander well. The Nats have a trio of lefties who have hit Cashner at .500 and over and that group of lefties is Bryce Harper, Adam Eaton and Daniel Murphy. The Nats also have a duo of righties who are hitting at least .400 against Cashner, and they are Anthony Rendon and Trea Turner. This is the game you probably sit Michael A. Taylor who is hitting just .125 against Cashner with a career 1-for-8.

If you missed the news this morning, general manager Mike Rizzo said on 106.7 radio that Victor Robles would be starting baseball activities soon. Rizzo said they want to see how the elbow responds to all aspects of the game. The injury was an elbow hyper-extension to his non-throwing arm.

“He’s coming along good, Mike Rizzo said on Robles. “He’s going to start baseball activities in the near-future. We’ll test out that elbow in stress situations like when he’s playing games, and we’ll see how it fares. If it fares well, it will be great for us because then no surgery is needed, and we will get this guy back sometime this year.”

Will the Nationals make a roster move and send Jefry Rodriguez back or keep him just in case Jeremy Hellickson is not ready to pitch on Sunday? That question and more should be answered shortly along with the starting line-up presented by manager Dave Martinez.