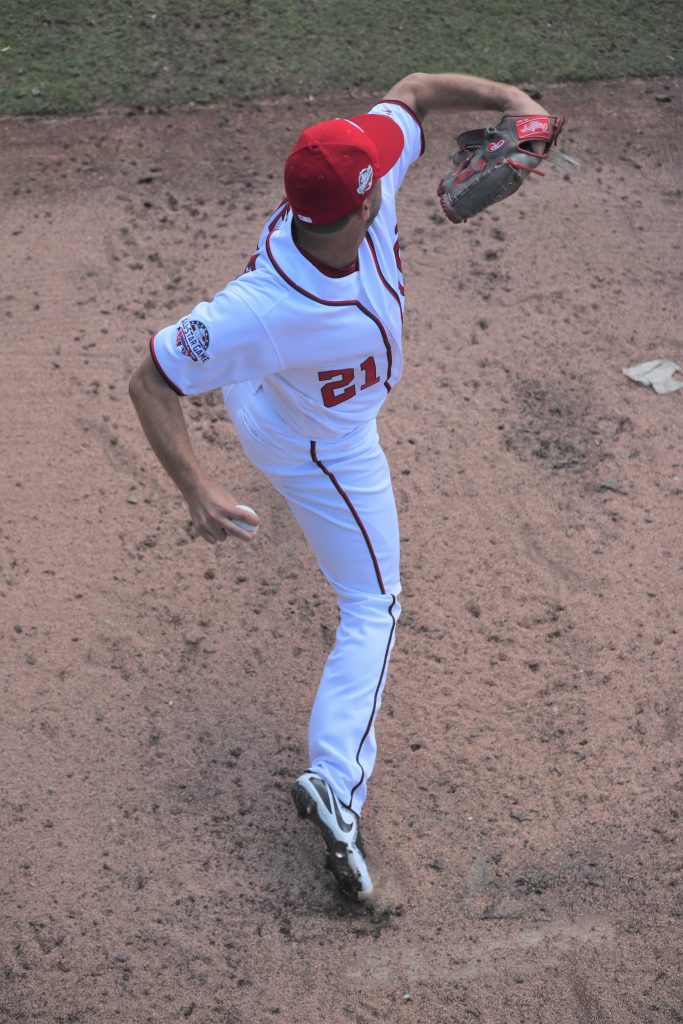 For Brandon Kintzler, pitching is a gift after he sustained a labrum tear early in his career. For most pitchers, a labrum tear is the kiss of death for a baseball career. Kintzler paid his dues coming back from the injury while playing in independent baseball in places you have never heard of in the “Northern League”. The Rhino played so far north he was north of the border in Canada playing for the Winnipeg Goldeyes. The twice-drafted 40th-round pick exited the 8th inning yesterday with an apparent arm injury. Luckily it wasn’t the shoulder, but it looked serious as the camera showed him pointing to his elbow and forearm.

If there is good news, sources tell us that the MRI on Brandon Kintzler‘s forearm and elbow only revealed a mild grade 1 forearm flexor strain and no tear. You just fear a flexor tendon tear another source told us. This is good news all-in-all and will require just a DL stint with rest. Kintzler will join Stephen Strasburg on the 10-Day DL. Most likely Wander Suero will take his spot as Suero was still at Nationals Park after he was optioned back to Triple-A Syracuse and rules allow an optioned player to return at any time in order to replace a DL’d player, but Trevor Gott is also available as he was sent back to Syracuse on May 31 when Ryan Madson came off of the DL. Even though Jefry Rodriguez pitched yesterday for Double-A Harrisburg, he went 5 innings with 65 pitches and pitched for the Nationals after only 3-days of rest. Erick Fedde becomes a likely call-up as he is on the same schedule as Stephen Strasburg.

Just like Strasburg, there will is no timetable for Kintzler’s return and rest is what his arm needs. Kintzler just signed a new two-year deal with the Nationals which has some strings attached for the second year of the deal. The soon to be 34-year-old will be back soon with the hopes of an improved second half of his season.

In a strange twist, the player Kintzler recommended for the Nationals to sign, Justin Miller, could take his place as a key set-up man. Miller and Kintzler share the same agent, Kevin Kohler, and Kintzler gave Miller some advice that was significant in his resurgence back into baseball by hooking him up with Eric Cressey who is a go-to in the off-season for strength and conditioning.