The Nationals bullpen went from bad to very good! 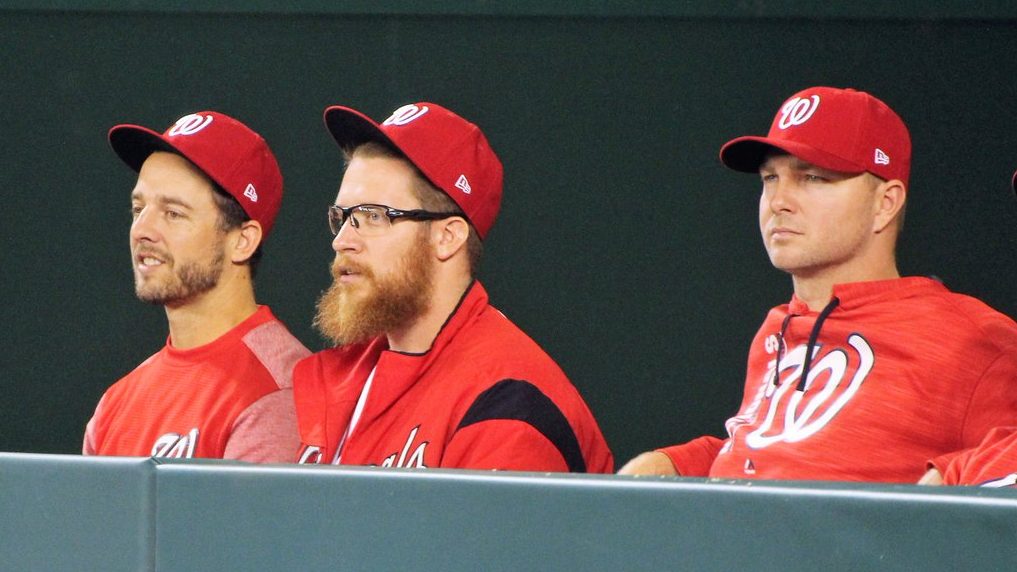 The metrics to judge bullpens is multi-faceted. You have final inning saves, blown saves, WHIP, and runs given up. In April, there were issues with the bullpen in defining roles and acclimation with manager Dave Martinez and pitching coach Derek Lilliquist. It took a while using trial and error, and slowly we have seen improvement with this evolving bullpen that is now looking like a strength with the promotion of Justin Miller and the return of Ryan Madson from the disabled list.

What we saw today with the bullpen was unfortunate as roles changed due to a 14-inning game last night and Shawn Kelley was inserted into a tie game and blew the one-run lead (quickly), and Tanner Roark was added to help the bullpen today, and he lost the game in the 9th inning (quickly). Normally you would not want to pat the bullpen on their backs after a day like today, but the main pieces of the bullpen have been doing the job and you don’t want to judge them on the performance of Kelley and Roark.

By month, the bullpen stats have been:

The Nationals bullpen is the 5th best for runs given up, and 6th best for save % at 73.08%. In the final inning, the Nationals rank best in the Majors at 19 saves in 20 attempts which is a 95% success rate.

It looks like the Nationals are able to count on five high leverage relievers now with:

In medium leverage, Wander Suero has been serviceable. Beyond him “no bueno”. Shawn Kelley blew another game for the Nationals and has a 4.76 ERA, and Tim Collins has not been good in his small sample size. If Kelley held the lead today, Tanner Roark never enters the game, and it would have gone to Sean Doolittle for the 9th inning. The Nationals have already DFA’d Enny Romero and Carlos Torres. They have moved Austin Adams and Trevor Gott back to Triple-A Syracuse. Matt Grace is rehabbing at Double-A Harrisburg and Koda Glover remains on the DL and has not been heard from.

On Wander Suero, he has reverse splits where righties are hitting him too well at .316 and lefties at .158. If there is good news, it looks like his last start against Atlanta he figured something out.

If you take Sean Doolittle, Ryan Madson, Brandon Kintzler, Justin Miller, Sammy Solis and Wander Suero as 6 relievers you can count on. Is Jefry Rodriguez the 7th man/long-man or do you need a pure LOOGY? Can Matt Grace be that pitcher?

So many questions, but if Justin Miller continues to be this good and Sammy Solis and Wander Suero can fill the void in the middle of the bullpen, maybe the Nationals are in better shape than first thought.