Game #24 Nats must stop this skid; Martinez has a new bench! 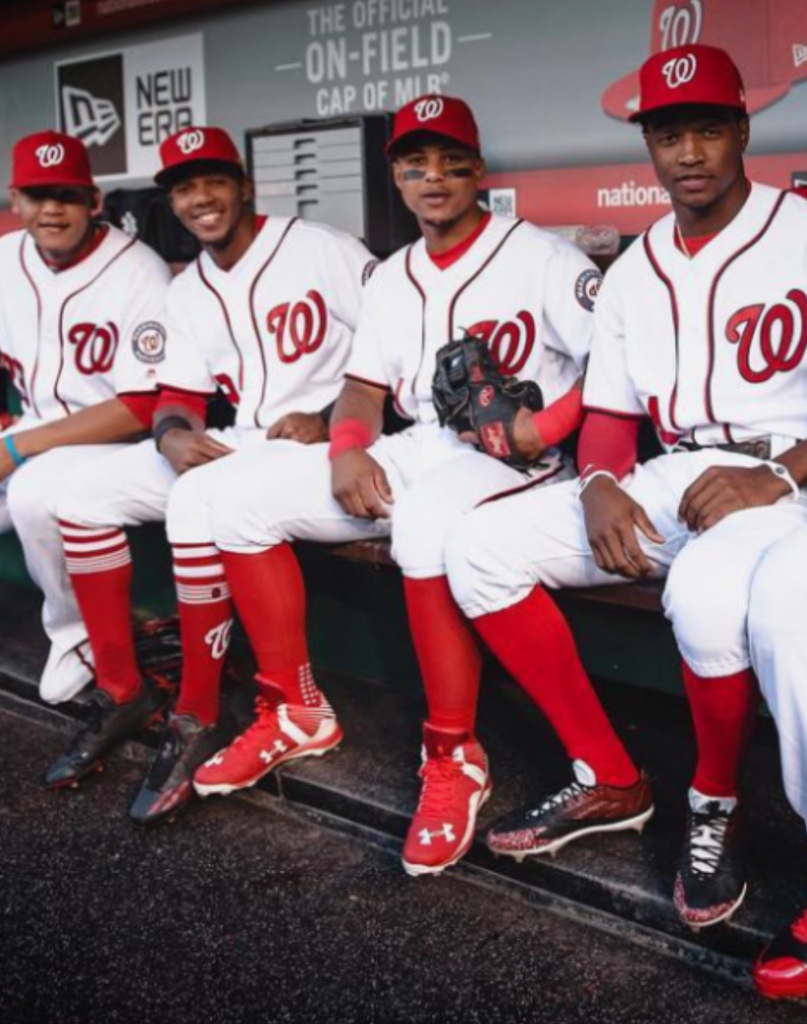 Cuatro amigos: Pedro Severino, Rafael Bautista, Wilmer Difo, Victor Robles. 3 of the 4 are now on the roster plus Adrian Sanchez

The Nationals have made four roster moves today and will be expanding the Tres Amigos to Cinco Amigos adding Rafael Bautista and Adrian Sanchez to join Wilmer Difo, Pedro Severino and Moises Sierra. The corresponding moves were placing Shawn Kelley on the DL and optioning Matt Reynolds back to Triple-A Syracuse. These moves put the bench back at five players, and the bullpen which was at eight players yesterday is back to seven players giving manager Dave Martinez a balanced roster.

The Washington Nationals are mired in a 3-game slide and have to find their level of consistency. You hate to be so blunt but this team is better today than yesterday from addition by subtraction. Shawn Kelley was not effective, and Matt Reynolds could not get enough work to get his bat going. Removing Kelley and Reynolds and adding some speed to the bench could make a difference late in games.

For tonight, Tanner Roark gets the role of the stopper to do what Gio Gonzalez and Jeremy Hellickson could not do by going late into the game and secure a Nationals lead. The last time Roark pitched in San Francisco, he pitched a gem.

The Giants will pitch the struggling lefty Ty Blach who is the 5th lefty the Nats have faced in the previous 6 games. Howie Kendrick and Matt Adams are the only two Nationals players who have faced Blach before.