The Nationals offense is racking up the hits! Long and Dillon are new-age coaches! 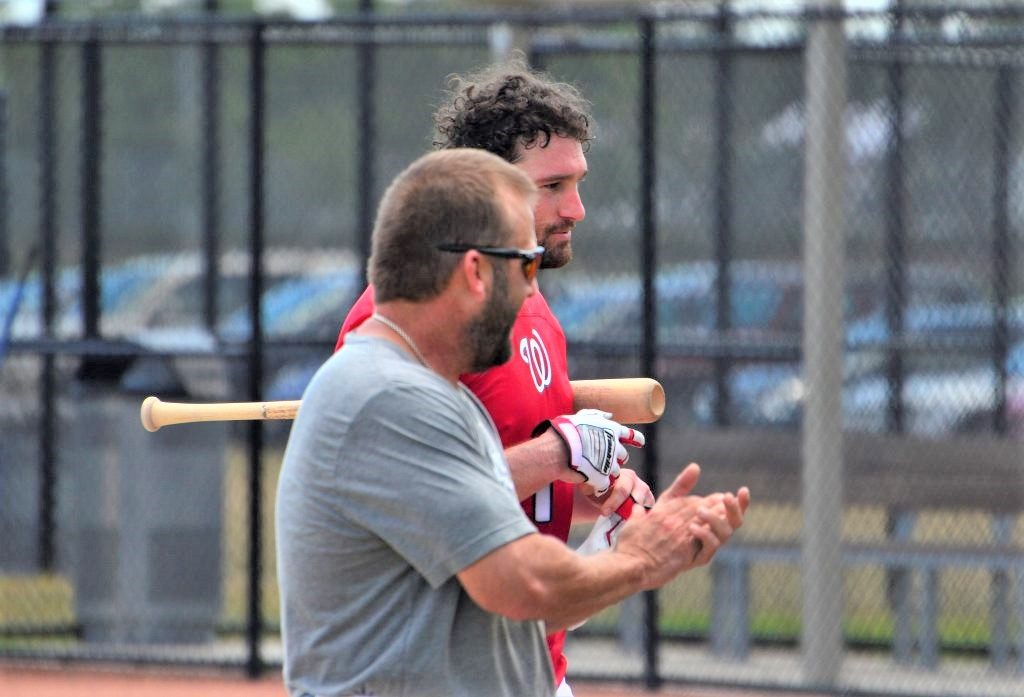 When Kevin Long was hired as the Nationals new hitting coach, many of the Nats players were very much aware of who he was based on his reputation and what they had heard about Long through their teammate Daniel Murphy. There was reason to smile, but the players were trying to remain neutral about the hiring out of respect for the departed former hitting coach Rick Schu who was liked and respected during his tenure with the Nationals.

Whatever you think of small sample sizes, they will never be large in Spring Training. The yellow highlighted players below are the projected starting “8” position players for the Washington Nationals on Opening Day which is just ten days away. Of those 8 players, all but Michael Taylor are batting at least .318. Again, small sample sizes of just 2 at-bats for Ryan Zimmerman and 5 plate appearances for Adam Eaton, but all of the other sample sizes for the batters other than Michael Taylor is at least 25 plate appearances and at least 10 games played. 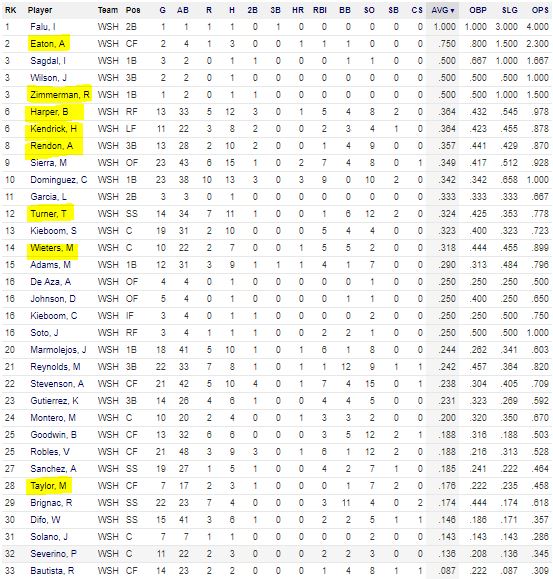 Is there a Kevin Long effect or is this all a coincidence? Even the top prospects are making adjustments from what they have learned from Long and assistant hitting coach Joe Dillon.

After hearing a ton about him I decided to check out Nationals Juan Soto today on the sleepy backfields. This one landed on Haverhill road. He’s good. pic.twitter.com/qqGQ9dsFxY

You will notice the Nationals number two prospect, Juan Soto, in a minor league game today was in a two strike count and widened his base to make better contact. Ho hum, the better contact was a smash onto Haverhill Road in West Palm Beach out of the FITTEAM Ballpark of the Palm Beaches complex.

“Especialmente es cuando tengo 2 strikes,” Juan Soto responded to me about the wider base of his legs and that translates to “Especially when I have 2 strikes.”

Of course the real judging for all of the players will come once the regular season starts, and the sample sizes become large enough to really give statistical relevance to form meaningful analysis. Sample sizes aside, Kevin Long and his assistant hitting coach Joe Dillon have been making their rounds and working tirelessly.

Dillon has a very cerebral approach to hitting rooted in cognitive principles. He is one of manager Dave Martinez‘s new-age thinkers and fits in this complex jigsaw puzzle well. No pieces were forced to fit in place. They all know their places and are given great latitude to teach, and it is not a one-size fits all model. If players want to opt-out of the cognitive work— they can. It is a lot to absorb from this new coaching staff, and the enthusiasm runs deep.

“This guy’s amazing,” Long said about Joe Dillon. “I’ve got the best assistant in baseball.”

What you want to avoid is information overload since these are baseball players and not PhD’s in neuroscience and physiology. Again, Dave Martinez and his staff believe they are coaching players up even when they don’t realize it. That is part of his objective of not only keeping things fun but learning in new ways. 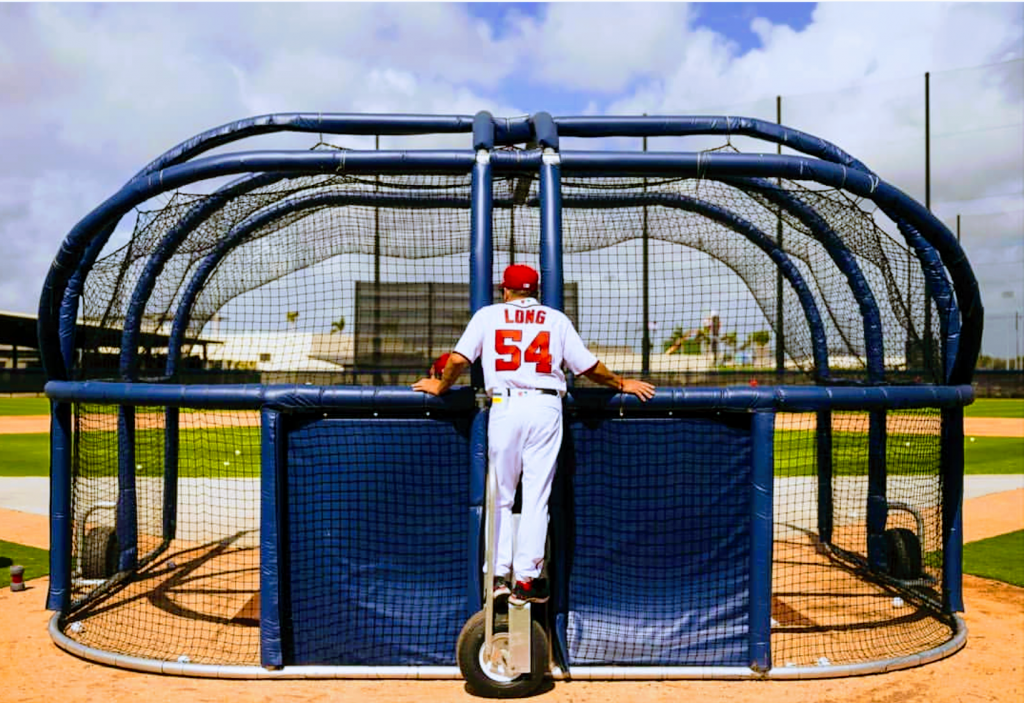 Again, this could all feel like a lot of wasted effort if the team does not show improvement over last year. Winning is the ultimate measure of success in sports. You know, what have you done for me lately? Martinez thinks that information and coaching up players will give his new team an edge.

To this point, the eight position players who are supposed to start on Opening Day have not played in one spring training game together. Today’s game had four projected starters. Once Trea Turner‘s in-grown toenail is healed, he should be inserted back into a line-up that should look Opening Day ready.

This entry was posted in CoachingStaff. Bookmark the permalink.
← Previous Article | Next Article →