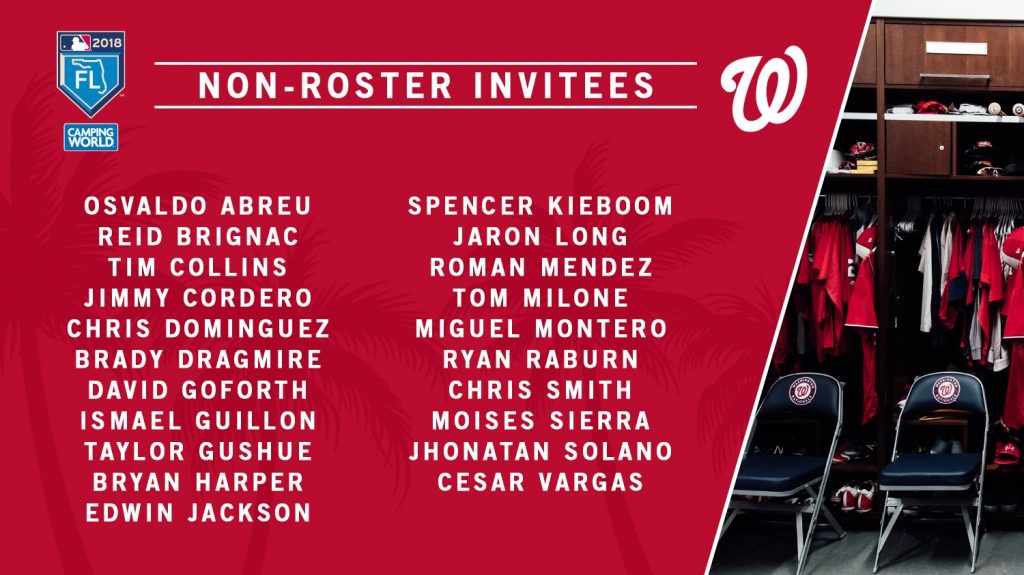 With Spring Training camp officially opening tomorrow, you had to figure the Nationals would print the non-roster invitee list soon — and they did within hours of camp opening. The most recognized last-name on the list of 21 non-roster players is Harper, first-name Bryan, who was showing much promise before blowing out the ulnar-collateral ligament in his left elbow at the end of 2016. The 28-year-old, as most know, is the older brother of Bryce Harper, and the pair should enjoy this time together.

Some other names that fans should recognize are former Nats like Edwin Jackson, Tommy Milone and Ryan Raburn. New free agent signings like  Miguel Montero and Reid Brignac will make their debuts at Nats’ camp. Promising right-handed pitcher Jaron Long, son of hitting coach Kevin Long, scored an invite along with  Taylor Gushue and Spencer Kieboom who will be extra catchers in the bullpen.

Bryan Harper will take part in his first Major League Spring Training in 2018. If Bryan Harper shows some progress, it is possible he could crack the roster at some point this season.  Since 2013, he has held opposing left-handed batters to a .182 average (45-for-247) while allowing just 12 extra base hits (8 doubles, 4 home runs) along the way. Prior to his injury, he pitched to a 2.81 ERA across his previous three seasons (2014–16).

This list is the 17 minor leaguers who the Nationals came to agreements with that included invites to big league camp:

As you scroll through those 21 names, you have to wonder who could be this year’s version of Clint Robinson to pull-off going from non-roster invitee to making the opening day roster like Robinson did in 2015. One intriguing player is Miguel Montero who signed a minor league free agent contract with the Nationals. Pedro Severino is out of options and was already named by Mike Rizzo as his bench catcher, however that was prior to the acquisition of Montero.

The long-shot for a non-roster invitee to make the opening day roster has a low probability because they also have to leap-frog ahead of 15 players on the 40-man roster who are trying to make the team. 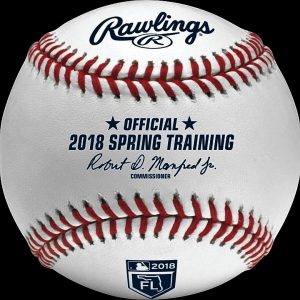 Expect a new in-depth piece from SaoMagnifico on some of the lesser known names on the non-roster invitee list like SaoMagnifico wrote last year.

This entry was posted in Prospects, Roster, SpringTraining. Bookmark the permalink.
← Previous Article | Next Article →