Sources: Howie Kendrick is heading back to the #Nats on a 2-year deal 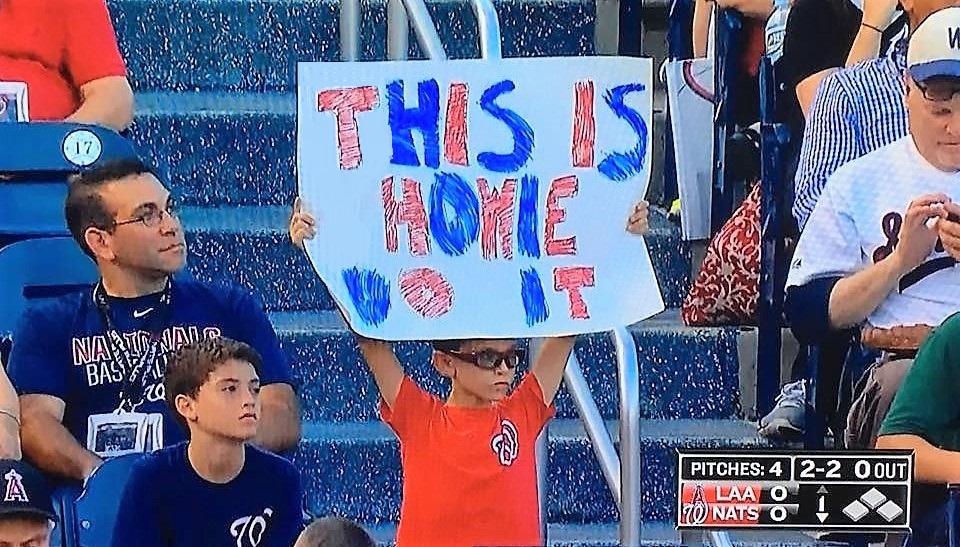 This morning news broke from Bob Nightengale of USA Today that the Nationals have re-acquired Howie Kendrick through a 2-year free agent signing. Kendrick was part of the 2017 Washington Nationals team and received $3.827 million after the Nationals acquired him in a trade with the Philadelphia Phillies on July 28th. For roughly 2 months of service last season, Kendrick made more than he will before incentives on this new $3.5 million per year deal. Final terms have not been disclosed, however TalkNats learned from a source that Kendrick can earn at least $2 million in incentives over the term of the contract.

I'm being told the $7 million base for Howie Kendrick could also include incentives and slightly less this year and more next year.

This deal almost certainly solidifies the final bench unless a trade occurs. The projected opening day bench for March 29th should look like:

While the bench looks complete, the back-up catcher role could still be upgraded. Fangraphs projects Severino as a +0.3 WAR this season. They had Severino as a -0.2 last year in only 17 games and 31 plate appearances. It is hard to understand why they would be so bullish on him for 2018.

Howie Kendrick brings back his potent bat off of the bench for the Nationals and could see more action given the uncertainty on Daniel Murphy‘s knee after microfracture and debridement surgery.

Kendrick filed for free agency and his season ended abruptly as he only saw limited action for the Nationals in the post-season with just 3 plate appearances. According to our sources, that did not sit well with Kendrick who was brought to the Nats for key moments in the post-season, and the 2017 manager Dusty Baker went with the same starting line-up for each game of the NLDS with Jayson Werth starting in leftfield even though Kendrick had excellent numbers in a small sample size against Jose Quintana slashing .500/.583/.600/1.183. Kendrick was a +1.6 fWAR last year and is projected at a conservative +0.2 this season in only 33 games. Triple those numbers as Kendrick should appear in at least 90 games and be worth at least a +1.0 WAR.

Perhaps the most needed attribute the Nats will look to with Kendrick is his bat off the bench. Last season as a pinch-hitter Kendrick slashed an impressive .357/.400/.500/.900 and Kendrick projects to be the top right-handed bat off of the bench. This almost certainly closes the door on a re-acquisition of Jayson Werth with the Nationals.

We are hearing that Howie Kendrick was offered more money from other teams but really wanted to come back to the Washington Nationals. Unfinished business.

So far in this off-season, the Nationals have re-signed Howie Kendrick, Brandon Kintzler, Edwin Jackson (Minor’s Deal), Ryan Raburn, (Minor’s deal), and Jason Martinson (Minor’s deal). These re-acquisitions bode well for the cohesive roster that Mike Rizzo has built for players to return. We had reported on rumors during the Winter Meetings that a few players wanted to return.

On August 13, 2017, Howie Kendrick had his top moment for the Nationals when he hit a walk-off grand slam home run. You could see the elation from Mike Rizzo’s front office staff in this video:

The question going forward is whether Nationals general manager Mike Rizzo is finished with moves on his 2018 roster. Of note is the 40-man roster will be full at 40-men when Kendrick is officially added to the roster. If any Major League deals are made prior to Spring Training, it will require a roster move to open up a spot on the 40-man roster.

This entry was posted in Analysis, Breaking. Bookmark the permalink.
← Previous Article | Next Article →