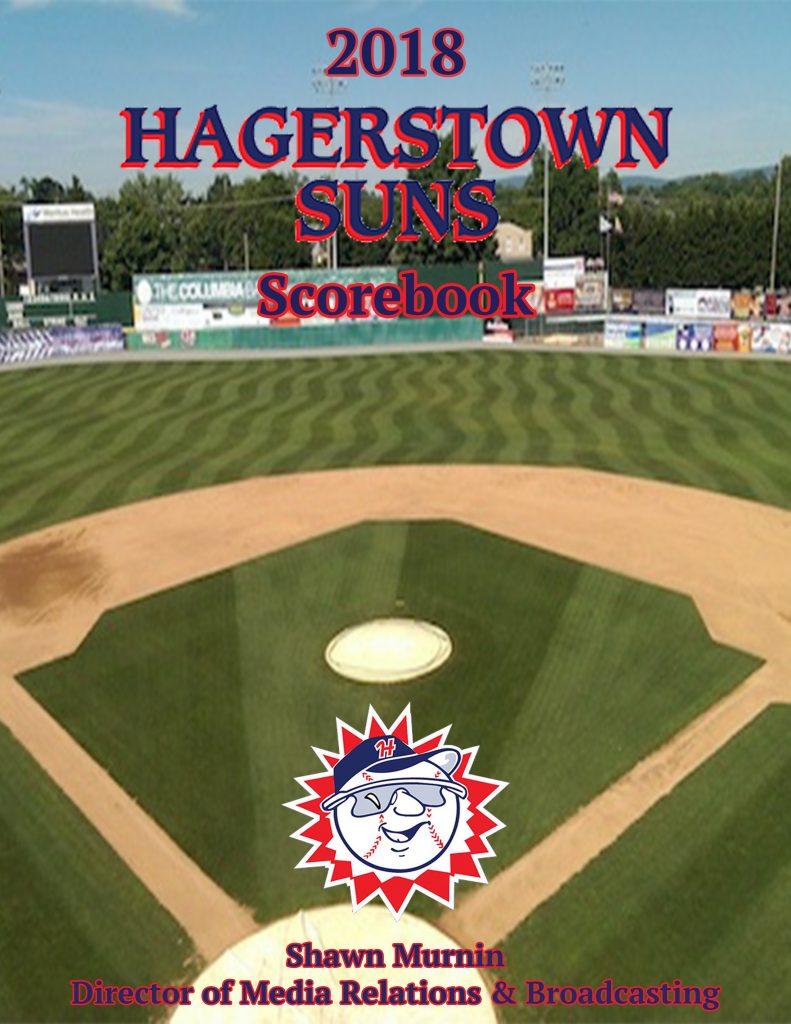 The Hagerstown Suns, Low-A affiliate of the Washington Nationals, announced on Wednesday that they have signed Shawn Murnin as their play-by-play broadcaster as well as the team’s new Director of Media Relations. Previously Murnin was the Media Relations and Broadcast Assistant for the Midwest League’s Peoria Chiefs (Class-A/St. Louis Cardinals).

Murnin will be replacing Kevin Gehl who held the same position for the Suns last year. Gehl is headed to Boston to work in college broadcasting. In fact, it was Gehl who recommended Murnin to take his place.

“We are very excited to be adding Shawn to our staff for the 2018 season,” Suns GM Travis Painter remarked. “Shawn brings a great work ethic and enthusiasm that will be evident on all of our 2018 home
broadcasts.”

Prior to his stint with the Cardinals Single-A affiliate, Murnin did the play-by-play for the Mankato MoonDogs in the collegiate summer Northwoods League and received the 2015 Northwoods League Play-by-Play Announcer of the Year award. Many MLB players have gone through the Northwoods summer league including many Nats like Max Scherzer and Andrew Stevenson as well as former Nats Jordan Zimmermann and Zach Walters.

Like most aspiring baseball broadcasters, you start off your career in small towns and work your way up the ladder, and this is exactly what Murnin has done. This job with Hagerstown puts the 29-year-old Pennsylvania native close to where he grew up and a few hours away from East Stroudsburg University of Pennsylvania where he graduated in 2011.

Recently Kevin Brown who was the play-by-play person for the Syracuse Chiefs got a call-up to fill-in on Nats Radio and then Brown got a play-by-play deal with ESPN. Hopefully Murnin will have that type of trajectory, but for now he and his wife, Samantha, are very excited about this new opportunity and traveling south from their home in frigid Minnesota.

“It’s always impossibly exciting to get to call games with MLB level talent in them,” Murnin said about Juan Soto and Carter Kieboom at Hagerstown. “I still get butterflies before every broadcast. In general I’m excited to call pro games on a regular basis, though. All of the guys who take the field at this level are a rare breed of athlete, and that makes for some seriously entertaining baseball.”

“I played [baseball] through high school,” Murnin said. “I’m a pretty big guy and not very fast, so I was a first basemen and a middle of the order type of hitter.” 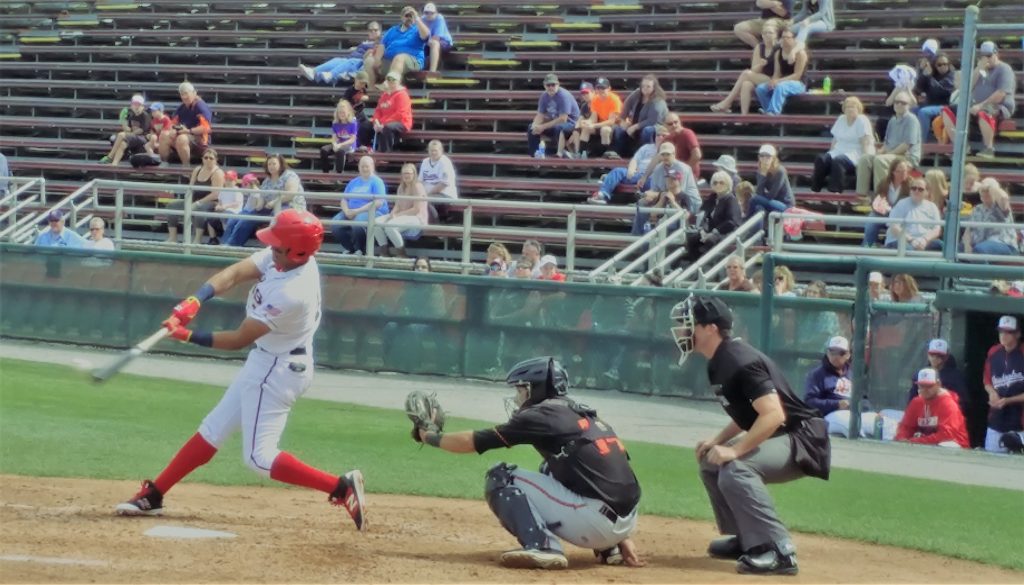 In our discussion, I asked Murnin if he had a signature Home Run call, and he said he didn’t. My suggestion was a John Sterling-esque home run call for Carter Kieboom as “Kabbbooooom” and for Juan Soto “So Long”.  One thing Murnin won’t do is copy Bob Carpenter’s signature “See —You — Later” for home run calls because he said he would never copy a legend. Murnin admitted he is a big Bob Carpenter fan and he used to score games with a Bob Carpenter scorebook until he designed his own because he needed more room for notes. In fact the picture at the top of the article is the actual cover for Murnin’s 2018 scorebook.

“Yeah, he’s a legend,” Murnin said about Bob Carpenter. “He’s just really smooth and relatable in the booth. It seems like he’s got a great story for every broadcast, too.”

There you have it! Welcome to Hagerstown to Shawn and Samantha Murnin, and we will see you on April 12th for the Hagerstown Sun’s home Opening Day against the Greensboro Grasshoppers. By the way, fans can listen to Shawn Murnin call the action by logging on to www.HagerstownSuns.com or the TuneIn Radio App.