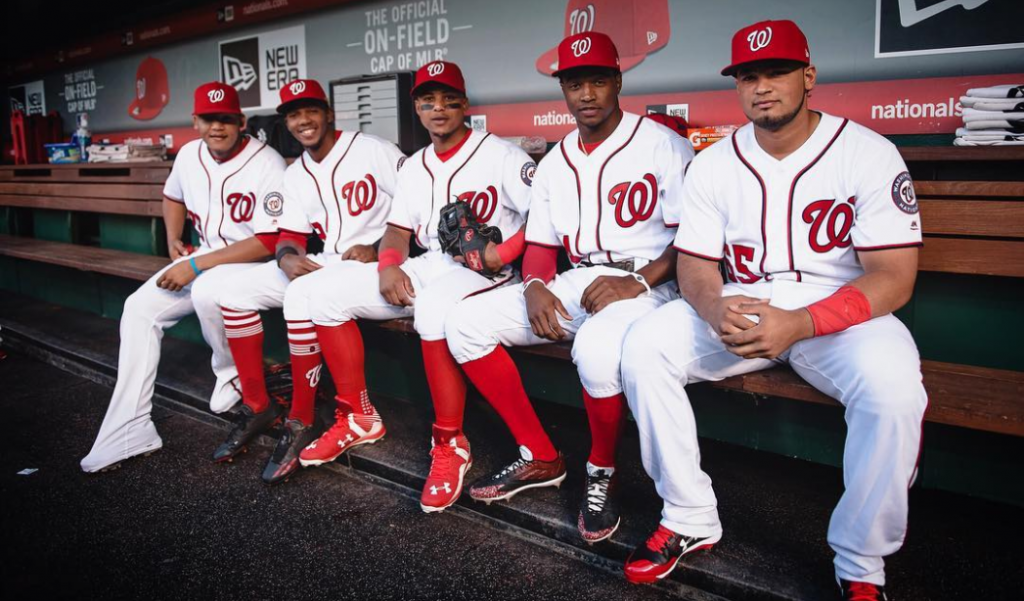 John Sickels released his Top 20 Prospects for the Washington Nationals over the weekend, roughly 30 hours after posting a preliminary post. Here’s the breakdown by letter grade:

Thank you, John for posting before I had to finalize the 2018 Watchlist 😉

For the second straight year, half the list is C+ players but there are no “C” players. In fact, there were four “C+” guys who missed the cut; the total of 14 is the most since this site began in 2010.

Now for the commentary…

Question for the Pollyanas: Will Robles make the jump in late April to avoid burning an option (e.g. Bryce Harper) or in early June (e.g. Stephen Strasburg) to avoid Super-Two status ? I personally wouldn’t offer an opinion until Adam Eaton plays in spring training.

Before adjusting your undergarments about Erick Fedde being downgraded (from B+ to B/B+), don’t forget that he finished the season on the DL and that he did not pitch more innings in 2017 than in 2016. To me, anyone should see that as a red signal for a pitchers who’s had surgery [insert Nationals’ elbow joke here].

However, if he’s healthy and the Nats stand pat on starting pitchers, Fedde should be the favorite to be the #5 starter.

The other “blue” player is Andrew Stevenson, who also only dropped one notch from last year (B-/C+ to C+). His “problem” is a rather common one – a fourth or fifth outfielder who’d be valuable as a defensive replacement, a pinch-runner, but lacks power and on-base skills.

Sickels is a believer in Daniel Johnson, entering the Top 20 at nearly a “B” and at #7 overall, though I think he’s understating his swing/miss and aggression tendencies. My worry is that the tailspin he took in the AFL after a hot start could happen again at AA; he did fade some in August at Potomac, too.

Four of the 2018 Top 20 are 2017 draft picks and all are pitchers, which combined with the recent influx of IFAs (Soto, Antuna, Garcia), helps explain the bevy of guys who dropped into “also-ran” territory (A.J. Cole and Wilmer Difo were the only two from last year’s Top 20 to graduate).

Finally, the injuries to Soto, Kieboom, and Gutierrez did not adversely affect their ratings. In fact, Sickels was explicit in his write-up for Juan Soto about the talent overwhelming the usual doubts of a shortened season (just 32 games):

[He] missed most of the season with ankle, hamstring, and hamate injuries but hit the hell out of the ball when healthy. [A]lthough I am normally cautious about players with sample-size issues, in this case I believe what Soto did is a fair representation of his true ability.

Kieboom also improved his rating with just 48 games played. Gutierrez only played 68 games in the regular season, but it would appear that his strong showing in the AFL (or the scouts’ reports) offset his no longer qualifying for the Billy Rowell defense, having turned 23 in late August. Plus, this ought to sound to familiar to regular readers:

[A] superior defensive third baseman with above-average range and dramatically improved reliability over the last year; still learning to tap his power but has more sock than hitting just two homers implies.