Pre-prep for the Winter Meetings; Mike Rizzo and Dave Martinez deal in reality. 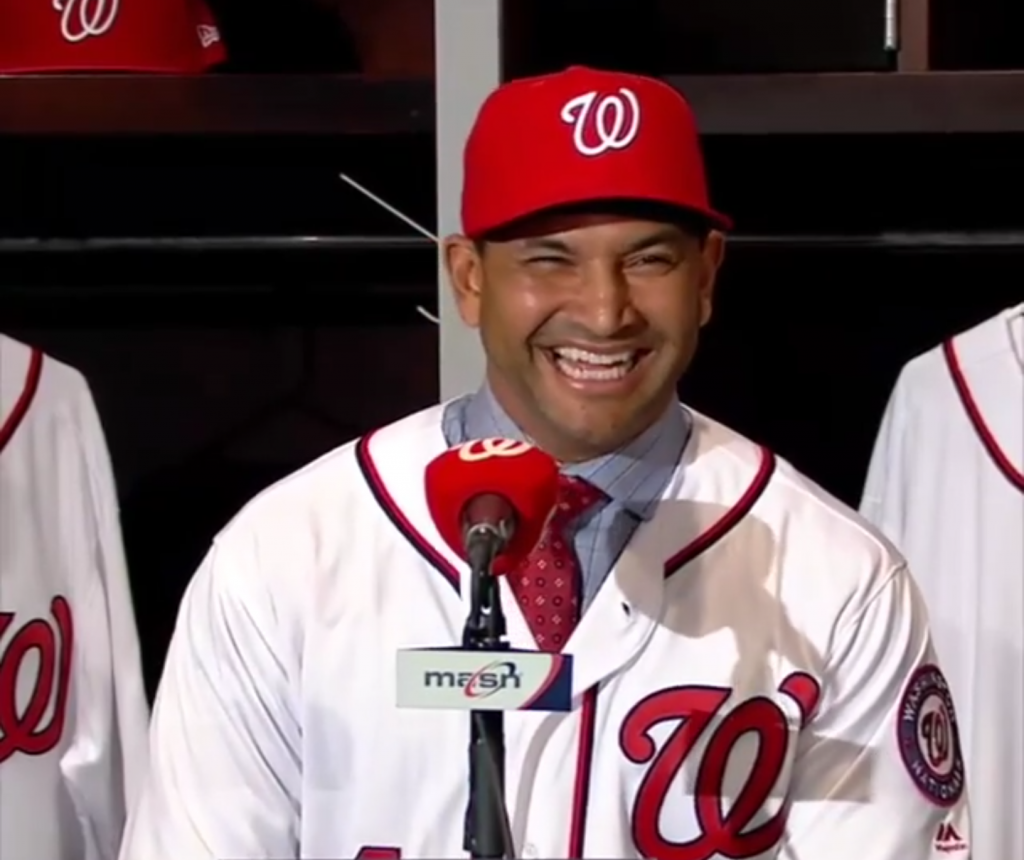 The pre-prep is being done. We are less than 2 weeks away from the start of the Winter Meetings. Mike Rizzo and Dave Martinez have a plan while knowing that we live in a reality of an ever-changing environment. They won’t tell us the plan. But they have a plan that they will start from and work forward. This year is very different from past years as the needs are fewer. Last year, Mike Rizzo was without a starting catcher and really was looking for a starting centerfielder upgrade as well as bullpen depth and a big lefty bat off of the bench.

A week after Thanksgiving last year, Rizzo traded to get Derek Norris as his starting catcher. That deal never felt like the right fit as it was a major step backwards from the production Wilson Ramos gave the Nationals. As it would turn out, Norris would be released during Spring Training costing the Nationals nearly $700,000 as a parting gift. It had to be the strangest off-season for Mike Rizzo as almost every move seemed out of character. He created “addition by subtraction” by trading away Danny Espinosa which seemed wise — and long overdue. Then the Nats made a blockbuster deal for Adam Eaton trading away almost all of their future starting pitching depth with the exception of Erick Fedde. That was how they left the Winter Meetings.

From the Winter meetings to the end of January, there was very little activity in signings by the Nationals as the pursuit of the closer never came to be. It was in February when Rizzo got busy again. He traded for Enny Romero and then signed a trio of free agents as Adam Lind was signed along with Joe Blanton and Matt Wieters. Was this really Mike Rizzo making these moves? Maybe the moves were as of result of what did not happen because much of the focus was on one player — Kenley Jansen. When Jansen was not signed by the Nationals, it seemed to change the plan. It also seemed to free up money in the budget which went mostly to Matt Wieters.

By May 1st, the roster looked just like the 2016 rendition except Matt Wieters was the starting catcher, Lind was on the bench, and Matt Albers and Enny Romero were in the bullpen and Michael Taylor was once again starting in centerfield.

Rizzo ended up having to make some expensive tweaks at the trade deadline. By adding Howie Kendrick and Brandon Kintzler, Ryan Madson and Sean Doolittle for the bullpen, he had to trade off additional middling prospects as well as the 2017 opening day closer, Blake Treinen.

There is an old saying: “Don’t put all of your eggs in one basket”. The Nationals did that in their pursuit of Kenley Jansen, and it did not come to fruition. Every time that has happened to Mike Rizzo before he seemed to squeeze lemons and come out with some sweet lemonade like he did with Daniel Murphy before the 2016 season. This year is very different unless Mike Rizzo trades away some players. The needs are few.

While last year’s off-season did not have the impact intended, Adam Eaton should return healthy for the 2018 season and make a large positive impression for the Nationals. For 2018, the Washington Nationals could go to Spring Training in West Palm Beach with the exact roster they have today for Dave Martinez. Even with question marks about Daniel Murphy’s knee, there is enough talent to write 25 names under team control on the roster for Opening Day on March 29th of 2018.

The fanbase might become restless as they expect deals to be made, but you don’t make deals for the sake of making deals. As of today, the entire starting line-up is complete as well as the first 4 names in the starting rotation as well as the back of the bullpen and most of the bench.  All you have to do is look at the Nationals starting line-up on April 22nd of the 2017 season to see the future.

While Mike Rizzo has a plan, any good architect will tell you that plans change all the time. Mike Rizzo’s vision is just that — a vision looking out and surveying what is in front of him and much of that is out of his control, and he could call an audible and change it up which happens all the time. He has done that before.  At this point, guessing and rumors rarely come true in Mike Rizzo’s world. If you believe the rumors last year, the Nationals would have had Andrew McCutchen and Kenley Jansen and several others. Reality is what counts here.