It was just 37 days ago that Washington Nationals top-prospect Victor Robles was playing against the Chicago Cubs in the post-season, and today Robles is leading-off in the Arizona Fall League championship game at 3pm EDT on MLB Network. Two weeks ago, Robles was the named the MVP of the Fall Stars game which was the third All-Star team that he made in 2017 as he played in the All-Stars Futures game as part of MLB All-Star week as well as Robles was named to the Carolina League All-Star team as a member of the Potomac Nationals. 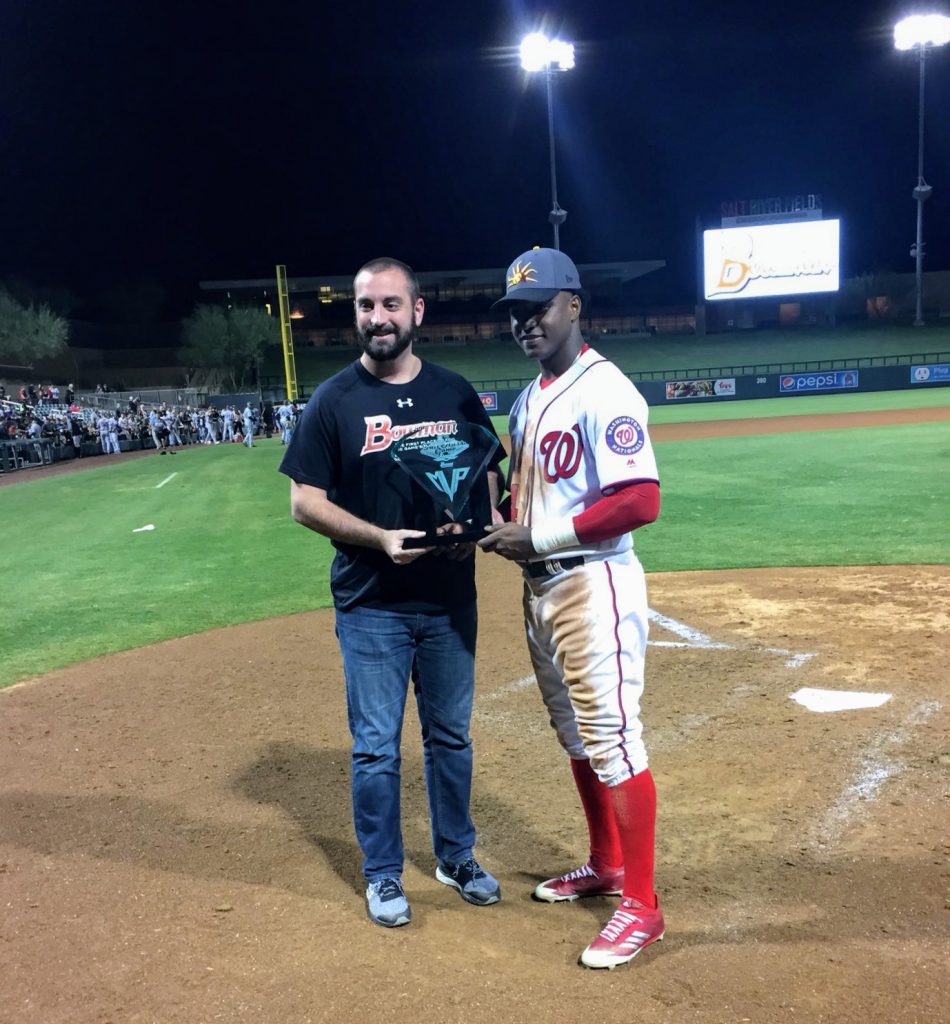 Robles is a game changer as Nationals fans have seen. In the Fall Stars game, Robles scored the first run that he manufactured after stealing 2nd base, and then he knocked in the game tying run and scored the winning run on his way to being named the MVP. Today’s starting line-ups will feature several names familiar to Nats fans like Kelvin Gutierrez who is a potential rule-5 player for the Nats and led the Mesa Solar Sox in hitting during the AFL, and hitting #3 for the Mesa Solar Sox is former Nat prospect Sheldon Neuse who was traded to the Oakland A’s as part of the Sean Doolittle/Ryan Madson deal. Ronald Acuna, the top prospect from NL East foe Atlanta Braves, starts in left-field for the Peoria Javelinas. 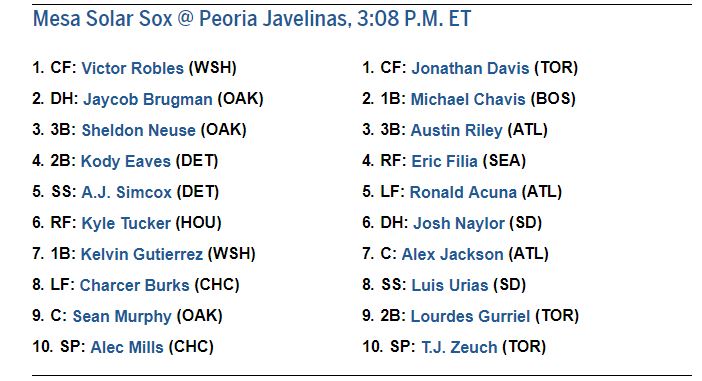 During today’s game, expect Acuna and Robles comparisons as they are rated #1 and #2 as the top prospects in all of baseball.

“Both [Acuna and Robles] have exciting tools,” a general manager said to Jonathan Mayo of MLB Network. “Acuna may have more power but Robles has the drive to be a great player… edge to Robles.”

The Robles and Acuna matchups could be something Nats and Braves fans will see 18 or 19 games a year for several years. Robles has already made his MLB debut, and he could prominently figure into the Nats 2018 plans.

This entry was posted in Analysis, VictorRobles. Bookmark the permalink.
← Previous Article | Next Article →