Posted on November 5, 2017 by ArVaFan aka Laura Peebles

Well, that was fun!  We attended the Fall Stars game with 4,212 other fans.  We did meet a handful of other Nationals fans, although we were well outnumbered by pretty much every other fan base (okay, I have to say I didn’t see any Padres jerseys).  Phil Rizzo had warned us about the steps:  they are really irregular depths. Odd design.  Thank goodness the designers didn’t copy that “feature” in WPB (same firm designed both stadiums).

As pretty much everyone knows by now, Victor Robles was the star (and MVP) of the game.  In the first inning, he walked, stole second and scored the first run for the East Division All-Stars. Then in the 8th inning he singled home the game tying run and scored the winning run on a Sheldon Neuse single. I managed to get a photo of Swaggy V crossing the plate scoring the first run. 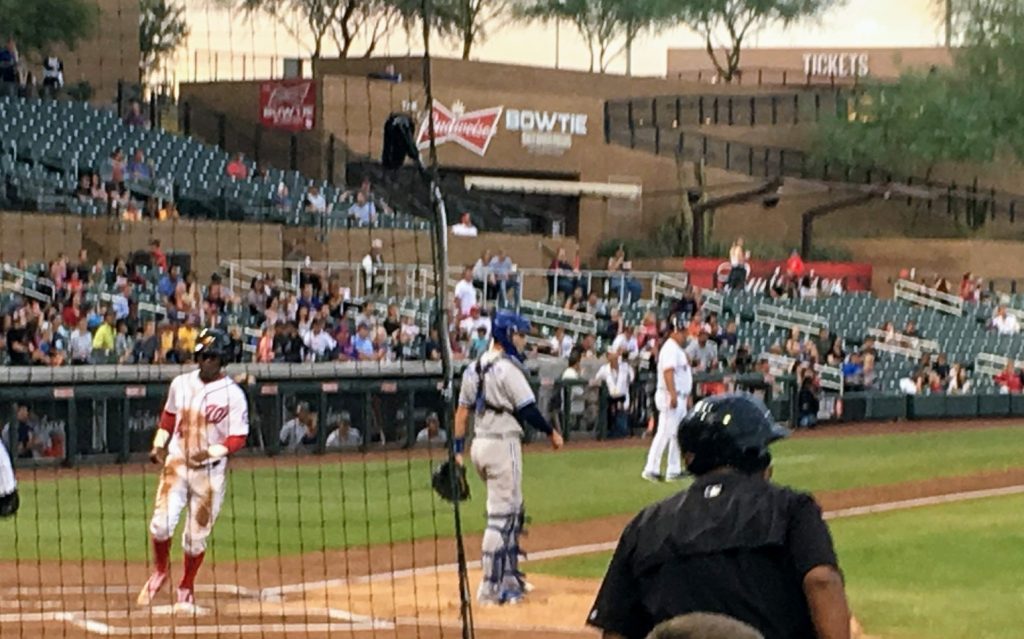 Robles grounded out in the third, but it was a close play at first. His defense was fine, including a catch at the wall and the last out of the game.

Robles also scored the second (tying) run of the game for the East as mention.  Here he is getting ready to high-five his coaches after crossing the plate. 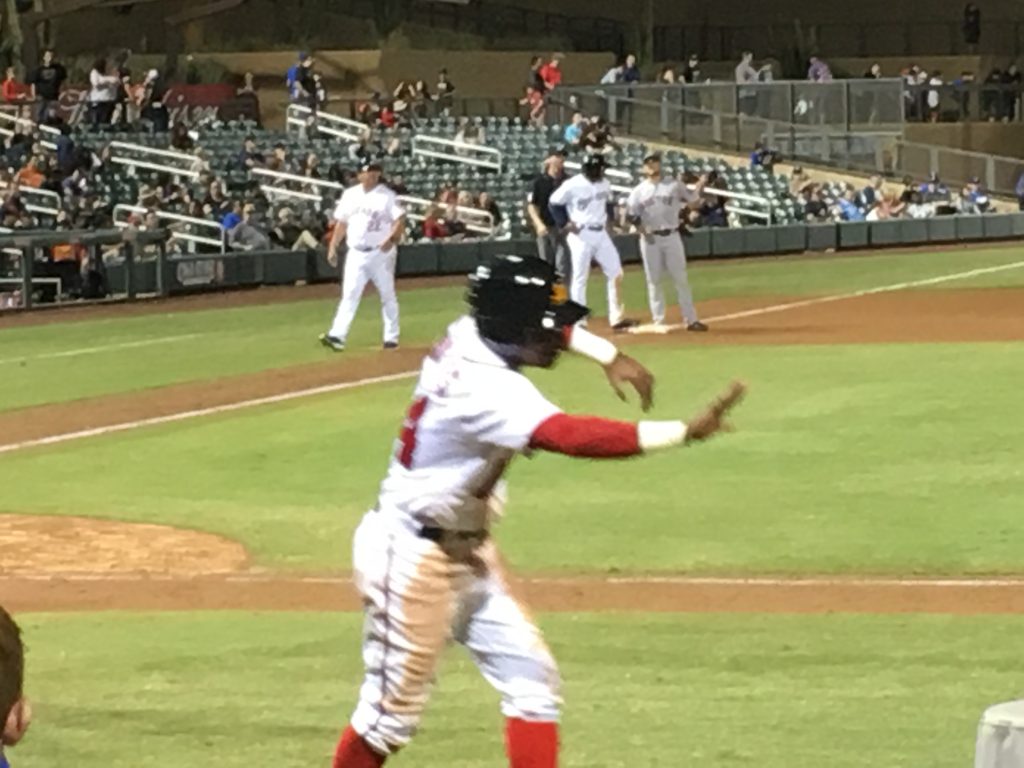 There were other players, of course:  I was impressed by Sandy Alcantara (Cardinals) and Tyler Cyr (SF).  Given the performance of the Giants last year, we might be seeing Cyr and his batterymate Aramis Garcia sooner rather than later.

A couple of observations about the game generally:  the home plate umpire called a couple of balls on the pitchers for going beyond the 15-second clock between pitches thrown.  There were boos from the fans when he did.  The fielding was pretty sharp:  I can see why those players were selected for this game.  There were a couple of mound visits and pitching changes mid-inning, but the game was still done in a few minutes under 2-1/2 hours.

Although Robles was the Nationals’ only representative on the Fall Stars roster, Michael Tejera served as the pitching coach for the West. [see photo with Tejera and Robles]. 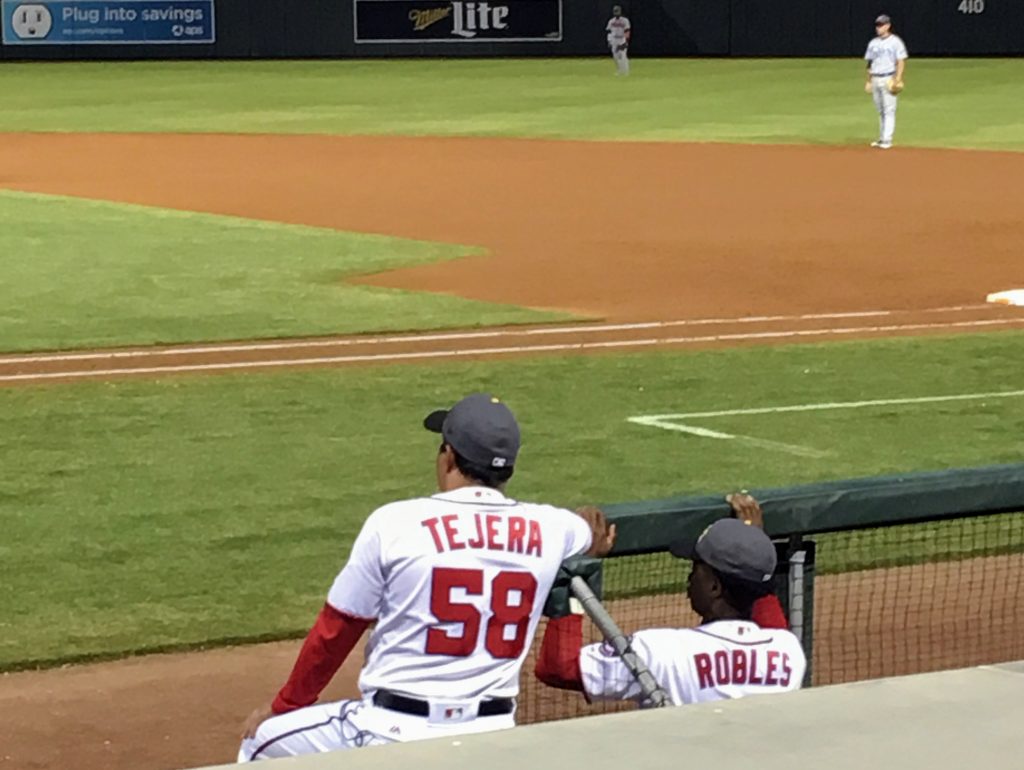 Easy to see who the MVP was:  he’s the guy wearing the infield. 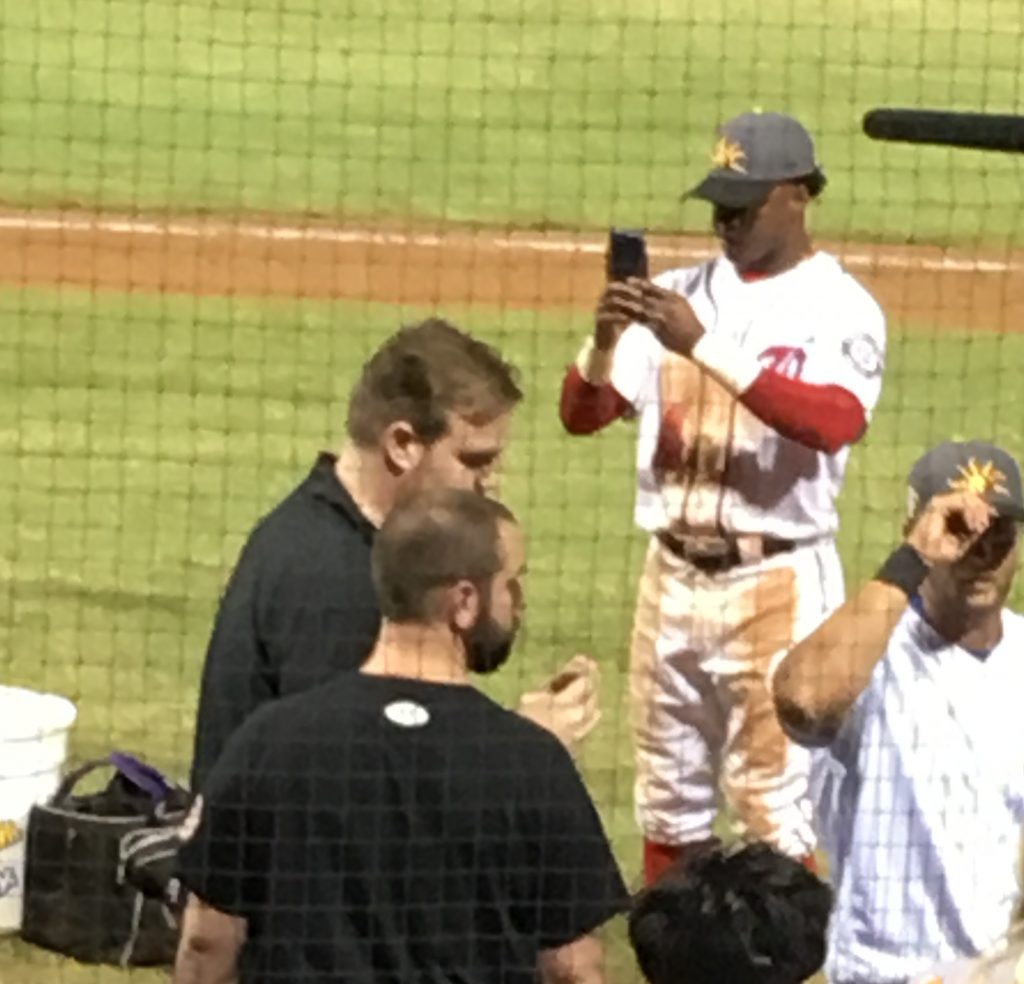 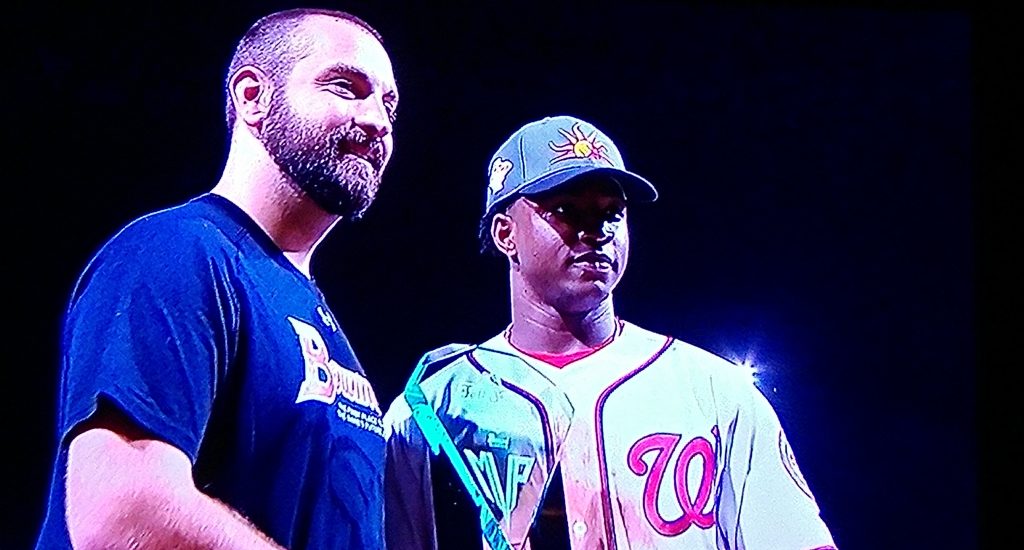 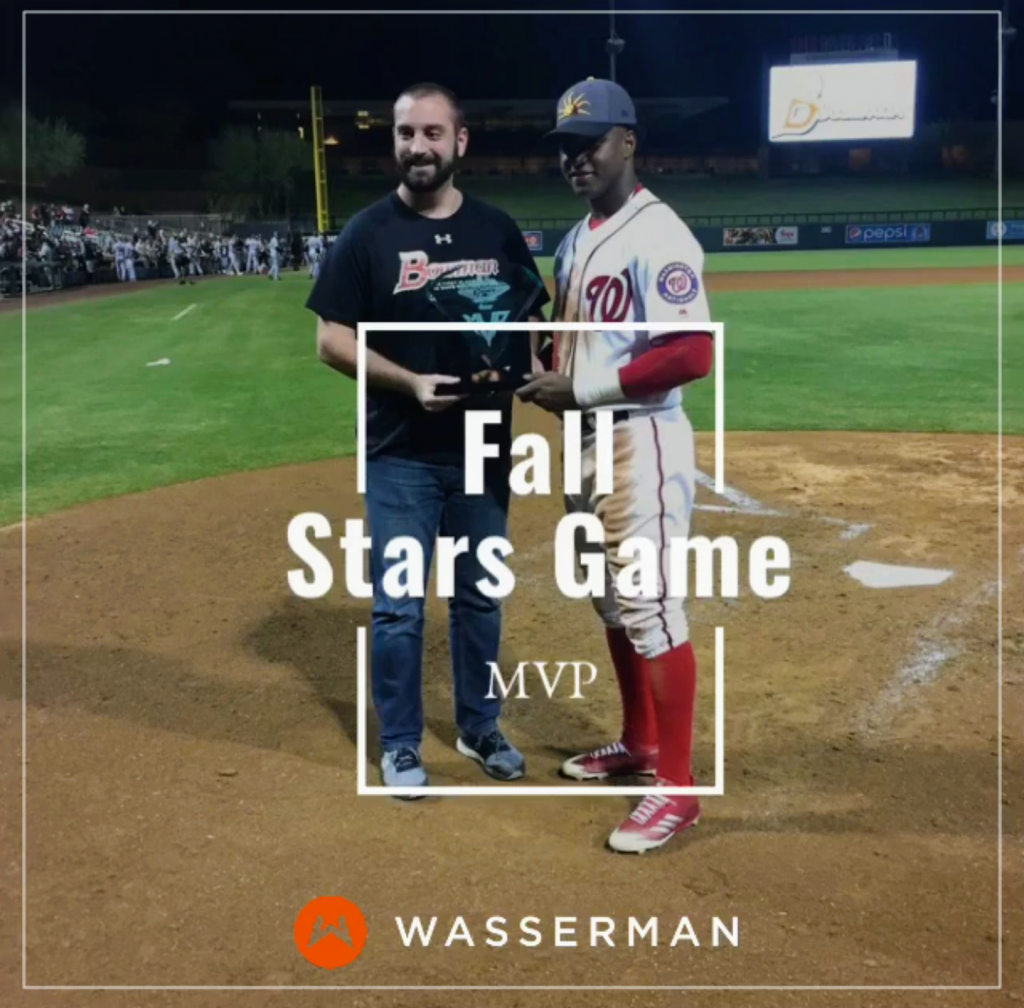 We stopped by to say “goodbye and goodnight” to Phil Rizzo, who said he hoped to see us back next year—and if he doesn’t make it to next year, we are supposed to call Mike, pretending to be Phil calling from beyond the grave to get our free tickets.

This entry was posted in Analysis, VictorRobles. Bookmark the permalink.
← Previous Article | Next Article →