Naval Academy Baseball Classic is one and done!

Major League Baseball has created incredible match-ups in recent years to honor the military like the game at Fort Bragg as well as honoring the youth in the Little League Classic in Williamsport, Pennsylvania. There were no geographic wranglings from the Pittsburgh Pirates or the Philadelphia Phillies like what just occurred with the Naval Academy Baseball Classic according to Jake Russell of the Washington Post. 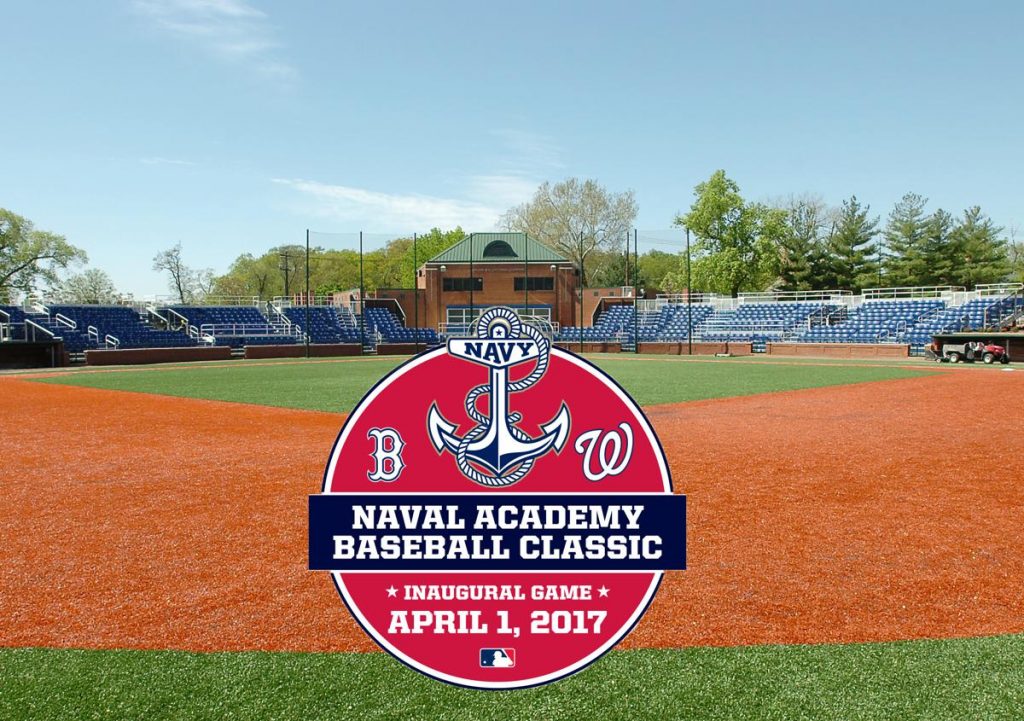 According to Russell, there will be no more Washington Nationals hosting the Naval Academy Baseball Classic to be played in Annapolis due to territorial issues claimed by, you guessed it, the Baltimore Orioles!

“[The Nationals] wanted to have a multiyear commitment but, because it was an agreement made in another club’s territory, it was then agreed that they could do the one year, but beyond that, that is really something that is in the Orioles’ territory,” an MLB official said.

“Ultimately it landed at our office that there’s an issue with a club doing something in another club’s territory and we had to resolve it,” the MLB official continued.

From the MLB Constitution

The NABC exhibition game was closed to fans and only open to Naval personnel and invited guests free of charge. If anything, the crowd was dominated by fans of all teams and it was a neutral crowd. This game had nothing to do with geography especially when you consider that the Naval Academy is located in Anne Arundel County which has both Nationals and Orioles fans and an easy ride down Route 50 to Nationals Park, but Peter Angelos used the MLB Constitution to enforce that the Nats would not play again in Orioles’ territory. 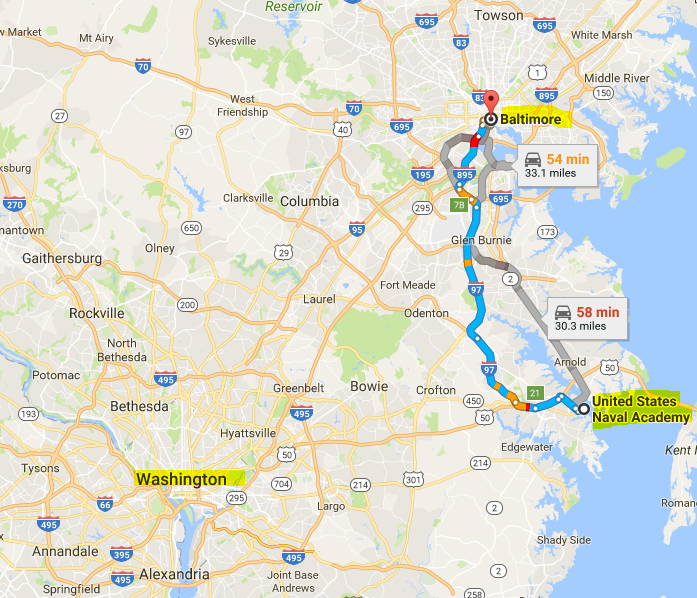 Before the Nationals moved from Montreal, Orioles owner Peter Angelos told a Baltimore radio station in 2004 that “there are no real baseball fans in D.C.” A decade later, Orioles manager Buck Showalter rankled Nationals fans when he said, “Our owner was kind enough to let them have a team here.”

Of all the shenanigans the Orioles and Peter Angelos have pulled, this could be the lowest and who are you hurting here? The answer is simple: the Naval Midshipmen who this exhibition was created for. The Orioles have pulled some stunts in the past when they continued to operate an Orioles Store near Farragut Square in the heart of Washington, D.C., but they also have advertised on a billboard inside the Washington Beltway as well as doing a MASN Orioles promotion for areas they claimed as Birdland and yes, they eventually claimed Washington, D.C. as Birdland which was extremely distasteful. 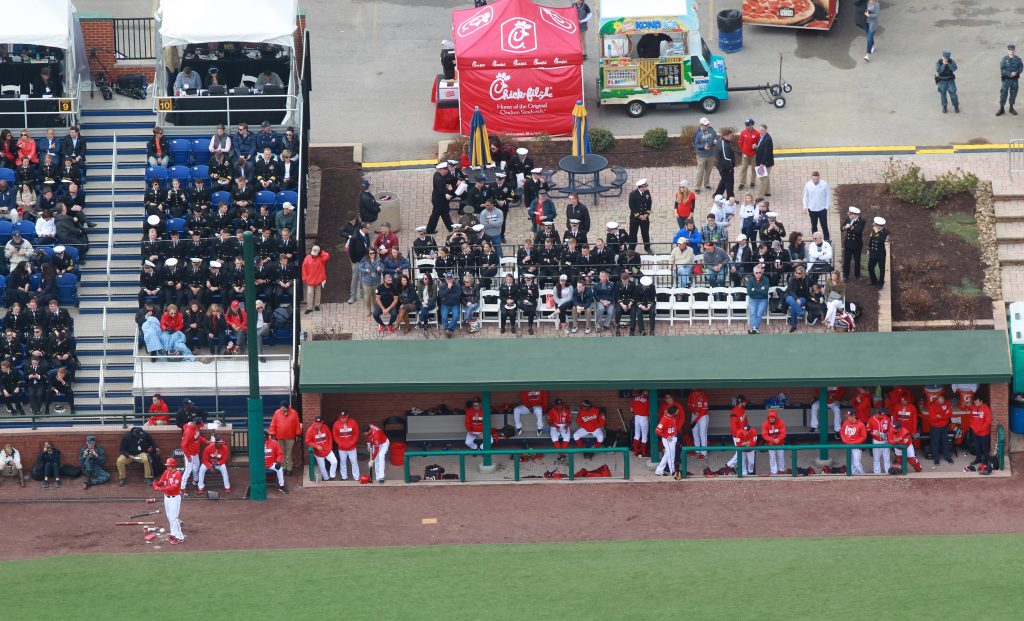 The main issue here goes back to the 2004 amended MLB Constitution and the geographic restrictions doesn’t allow the Nationals to play any games in Orioles controlled parts of Maryland unless it is against the Orioles as the home-team. It appears the Orioles cried foul last year about this game, but allowed it. The Nationals and the Orioles and MASN have been embroiled in a TV rights issue for several years now which has been in the courts with no end in sight. At what point, does Commissioner Manfred step in to evoke his powers?

Midshipmen paying the price for another petty Angelos attempt to stiff the Lerners and Nats fans. https://t.co/vqzYmkP39Y