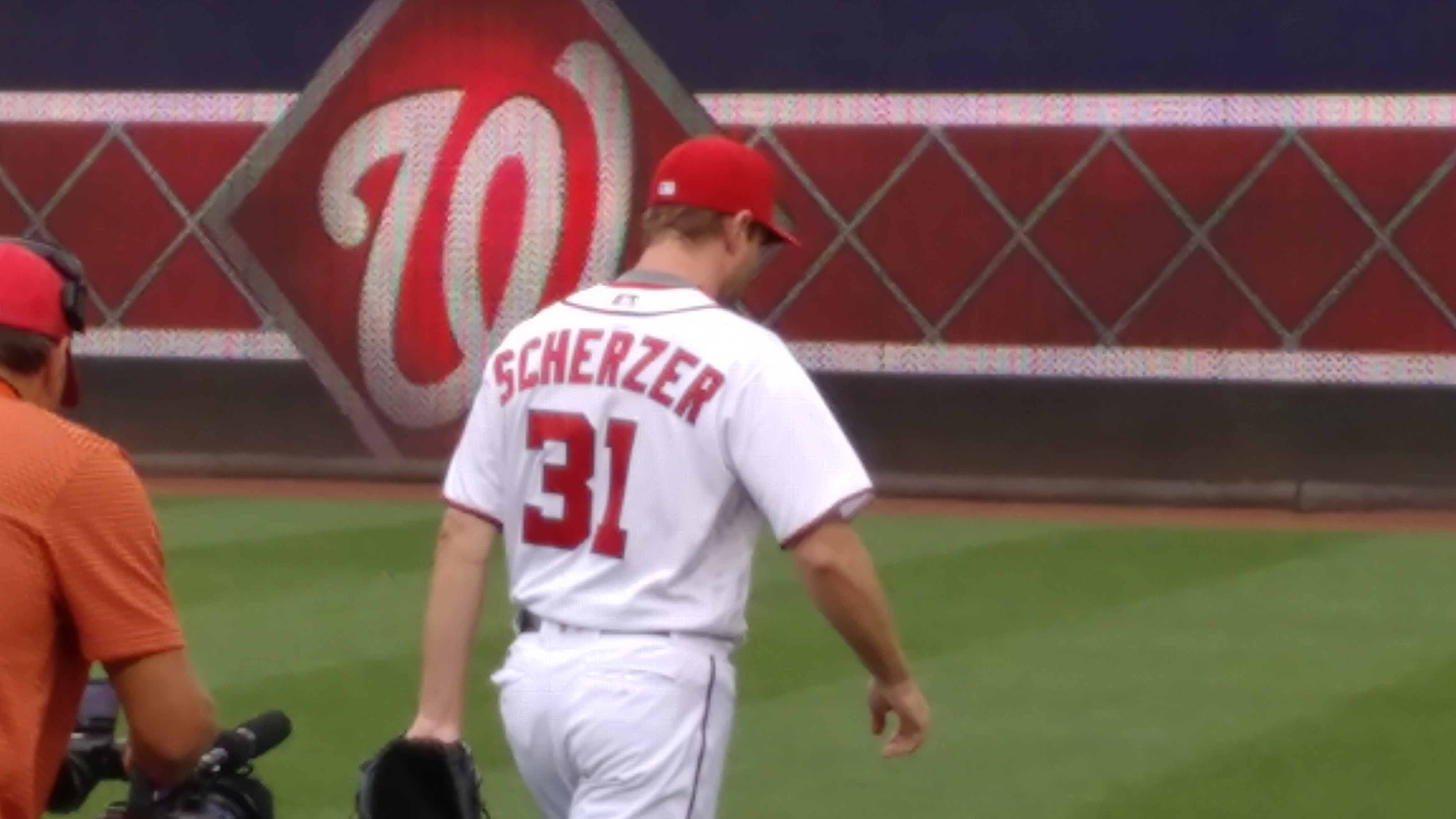 If you missed our report a few days ago, tonight was supposed to be Gio Gonzalez’s start but he was pushed to tomorrow giving him 3 extra days of rest. Max Scherzer will start tonight coming after a very controversial finish to his start last week against the Braves when Scherzer remained in a meaningless game to pitch the 7th inning in a tie game and was tagged for 5 runs in the inning after he walked the bases loaded and still remained in the game as his pitch count soared. Scherzer exited the game at 116 pitches, and both Dusty Baker and Scherzer in post-game interviews tried to explain away the thinking of fatiguing Scherzer and stretching him out. The tweet (below) summed up initially by Thomas Boswell of the Washington Post as:

The key tonight is Max Scherzer needs to pitch like an ace. It will also help to give him some better outfield defense then he received last week. The Braves scored their first 2 runs on balls hit to Jayson Werth in rightfield and neither were played well.

All eyes will also be on Bryce Harper today as he is reportedly the star of a “sim” game being played for Bryce as the Nationals are bringing in some Minor Leaguers to pitch to him. The reports also say the game will be held in Atlanta.

The Braves will start lefty rookie Luiz Gohara tonight, and he pitched last week against the Nationals in which he held the Nats to one run over six innings. The Nats got their hits off of him but could not push across any more than the 1 run.

Here's how we're lining up to kick off our final road trip of the season. pic.twitter.com/vyC2eM3JrS