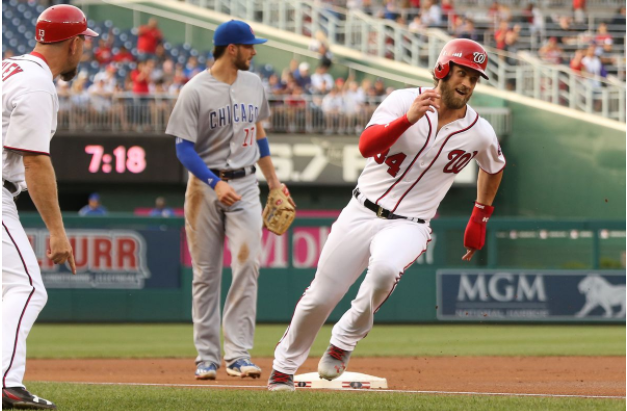 I’m a Chicago Cubs fan 155 games a year. Those seven other games I’m rooting hard for my Washington Nationals. I’m a Nationals fan all season long. I watch almost every Nationals game on MLB TV, and when they aren’t playing, the TV is switched to WGN or CSN, and I’m watching the Cubs play excellent ball. So you should believe me when I tell you the Nationals and Cubs are the real deal. Come October, the Nationals and Cubs almost certainly will be battling it out for the right to play in the NLCS unless the Brewers pull off the miracle.

As a DC native but recent Chicago transplant who loves baseball, I was at all three games in Chicago this weekend. Of course, I was decked out in Nats gear, root root rooting for the away team. As a dual Nationals-Cubs fan, there’s not a better time to be alive.

The Nationals have been the best team in baseball since 2012, with three division championships to show for it, but not much else. On the other side, I saw the Cubs rebuild in action, from the days of starting a declining Alfonso Soriano to the days where the Cubs sent an entire infield to the All-Star game, who eventually would lead them to a championship. The Cubs are new on the postseason stage, while the Nationals seem to be in the midst of one of their best seasons yet.

It’s hard to deny the similarities that exist between the two teams. The Cubs have a young core of bright stars (Kris Bryant, Javier Báez, Kyle Schwarber) who supplemented by veterans (Jon Lester, Jason Heyward, Anthony Rizzo). They were once viewed as a Yankees-like dynasty, and were the obvious favorites going into this year to repeat as World Champions.

Then take the Nationals, a team of veterans (Max Scherzer, Ryan Zimmerman, Jayson Werth) who mesh with young stars (Bryce Harper, Trea Turner, Anthony Rendon). The team has had extreme regular season success that has not translated into postseason success yet.

Both rosters look very similar in terms of age and skill level. Both starting rotations have veteran aces in Lester and Scherzer who have the potential to carry the team in the postseason. Both teams have young Las Vegas stars, though Harper arrived on the scene much earlier than Bryant it’s easy to forget he is nine months younger. The Cubs expelled their postseason woes last year when they finally won it all, but Nationals fans continue to live under the bullpen demons of playoffs past.

Both teams improved drastically at the All-Star break. The Cubs flipped their last top tier prospect into an ace starting pitcher who immediately transformed the look of the rotation.

As Nationals fans on Twitter were quick to point out, the starting pitching match ups will not be the same. Erick Fedde will probably not make the postseason roster cut, and neither will John Lackey in all likelihood. Edwin Jackson is still a question mark, but as we know things can change.

The Nationals bullpen underwent a makeover since they played in late June, and the Cubs are playing like the defending world champions. And hopefully come October the Nationals will be starting Werth, Turner, and Taylor instead of Kendrick, Difo, and Goodwin.

The Cubs offense is better so far in the second half than the Nationals offense was in the first half. The Cubs and Nationals both have the same number of home runs this half, and their second half rotation ERA’s are both in the top five. Baseball is a streaky game, and series, even ones as seemingly important as this, don’t mean a whole lot.

There is no doubt in my mind that the Nationals see this as a victory, not only taking the season series from the Cubs, but taking two out of three in games where they sent their #6 and #7 starters out. The Cubs will take it as a reality check, especially on the back of a series loss to the Diamondbacks earlier this week.

Both teams have seen glimpses of what the other is capable of, whether it’s Wilson Contreras destroying baseballs or the newly revamped Nationals bullpen shutting things down in two games. 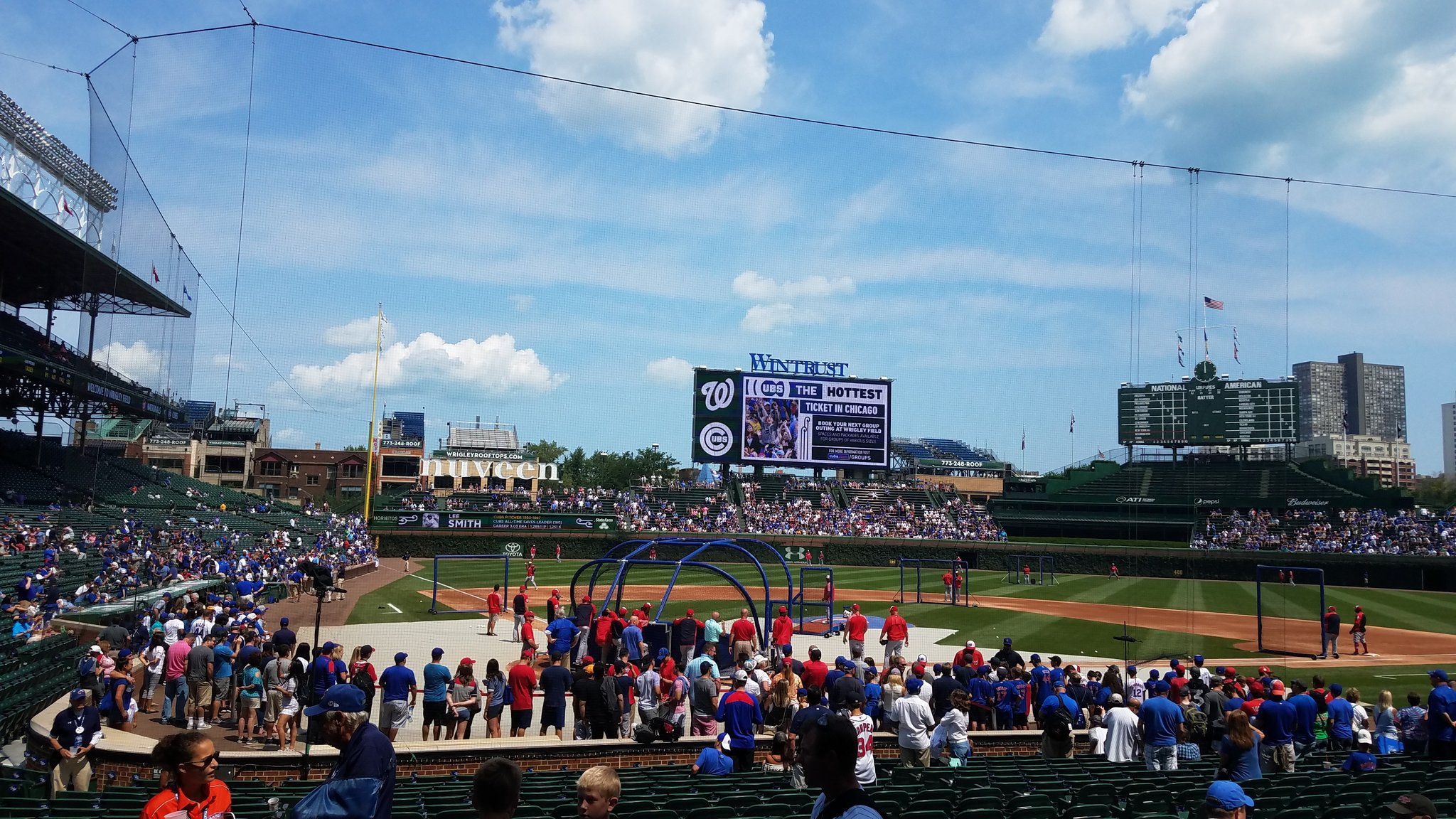 Photo by Michael Daalder for TalkNats

If the Cubs continue to play as they have coming out of the All-Star break (they are 15/7 in that time) and the Nationals (13/8 since the break) continue to add to their commanding lead in the NL East, and assuming the Dodgers retain a firm hold on the best record in the league, the Nationals and Cubs will face each other in the NLDS.

Each team has something to prove this year. The Cubs, who started out the season extremely poorly for their standards, need to prove they are a team to be feared for the next several years. The Nationals, of course, need to seize the window while they have Harper locked up.

This extremely close 4-3 season series was just a wonderful, terrible, extremely nerve-wracking, exciting preview of what we can look forward to this October. And for all the reasons above, take it with a grain of salt. There’s still a lot of baseball left to play.

But as a Nationals fan first, Lets Go Nats!

View all posts by Michael Daalder →
This entry was posted in Analysis. Bookmark the permalink.
← Previous Article | Next Article →