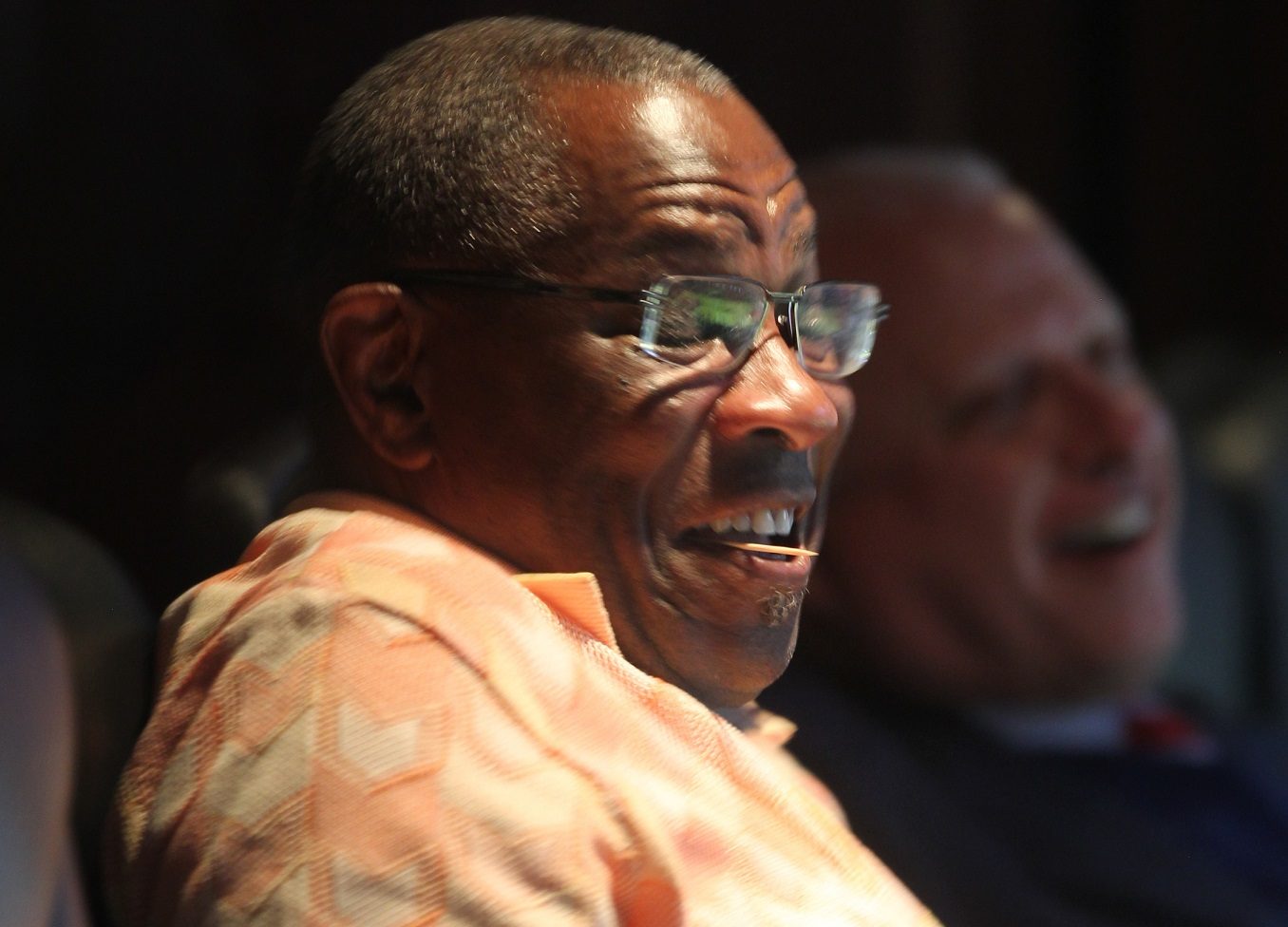 We see you Dusty Baker, put your glasses on, sit down and tell us the story about how glad you are to be back in baseball, and how wonderful it is to be in the nation’s capital skippering a team with such great potential. Tell us you never want to kick a player on a bad day. Tell us how you’ll pick that player up again and again until he gets it right.

When Baker signed with the Washington Nationals on November 3, 2015, he was handed a team with the makings for a great comeback from a less than sterling (83-79) 2015 season with Matt Williams at the helm, and Mike Rizzo gave him help immediately by signing the 2015 NLCS MVP Daniel Murphy and traded for speedy lead-off man Ben Revere along with a new bench and a promising group of prospects led by Trea Turner and Lucas Giolito. Baker would inherit possibly the best starting rotation in baseball with Max Scherzer, Stephen Strasburg, Gio Gonzalez, Tanner Roark and Joe Ross.

Baker admitted he consulted with Matt Williams, a good friend, before signing his contract. Surely Williams told him straight up about his dealings with the Nationals’ front office and ownership. Of course he did, and Baker admitted it in an interview several days ago. That was the same interview when he complained that he’s being underpaid for the job he does, in addition to not having his contract extended. With all due respect, Baker’s gift of gab with politicians, celebrities, and journalists hardly contributes to in-game strategy in winning baseball games.

This was written by Chelsea Janes of the Washington Post:

Digressing to 2015, within hours of the announcement of Baker’s hiring, the Nationals announced the signing of Mike Maddux to an unusual 2-year contract as pitching coach following ongoing negotiations. Maddux had other offers, too, including a return to the Texas Rangers. Some say that Maddux is the highest paid pitching coach in baseball. The Nationals wanted and were willing to pay Maddux to guard their pitching investments – whether veteran Scherzer or rookie Giolito. But why would he come to a team managed by the former pitcher and World Series winning pitching coach Bud Black? Does Dusty Baker owe his current employment to a man he seldom mentions these days?

In February 2017, Baker started his media campaign for a contract extension. Early in spring training he commented that an extension before the season would give him security.

“You’d like to do it sooner rather than later because I don’t want to be a distraction to my team.”

When he recently reached his 1800th managerial win, Baker recalculated and now (joking or not) needs a two year extension to reach 2000 wins. Somehow the ongoing reference to the extension has become a distraction along with the bullpen problems. Does Baker envision a 2-year $8 million contract like he signed in Cincinnati in 2012? He should know better, especially considering he was fired mid-way through in 2013.

About the bullpen: Having the correct confidence.

Early in the season when the bullpen faltered, Mike Rizzo said the bullpen needed to pitch to their talent and capability. That was based on 2016 when the staff ERA was 3.51, third behind Cubs and Dodgers. In the splits, both the starters (3.60 to the Cubs 2.96) and relievers (3.37 to Dodgers 3.35) were in second place. Other than needing a closer, how does a General Manager know in the off-season which pitcher will not perform as projected or be injured?

Four days after that scathing tweet from Thomas Boswell, he would openly campaign for a Baker contract extension in a 1,213 word article in the Washington Post that was hypercritical of the Lerner’s ownership in respect to a Baker contract extension. Boswell repeatedly praised Dusty Baker’s career accomplishments without any reasoning why ownership could be hesitant to extend him, and there was no mention of any criticism of Baker even four short days after Boswell said “awful managing by Baker”.

Aside from that critical tweet, Dusty Baker has compounded his bullpen’s problems multiple times by declaring to the media that he needs help, big help. Does that mean Mike Rizzo is not helping or that Mike Maddux is not doing his job?

Now, like a see-saw, Dusty seems either full of confidence (hoping a starter can get out of a jam), or lacking confidence by not using the bullpen to its’ best advantages – not wanting to tear it up, as he said. Does this mean Baker can’t manage pitchers until he has an extension?

It’s time Dusty Baker. It’s time to be a manager for the whole (team) and not for the individual parts (players). Tell us how the bullpen is going to get it together under Mike Maddux. Tell us how the season is nearly one-half history and one-half potential. Tell us you are optimistic and intend to win. Tell us you have no sour grapes. Tell us without your glasses on.

This entry was posted in Analysis, CoachingStaff, Dusty. Bookmark the permalink.
← Previous Article | Next Article →