The Cy Young vs. The Heisman; Nats travel to Port St. Lucie; One week until Opening Day 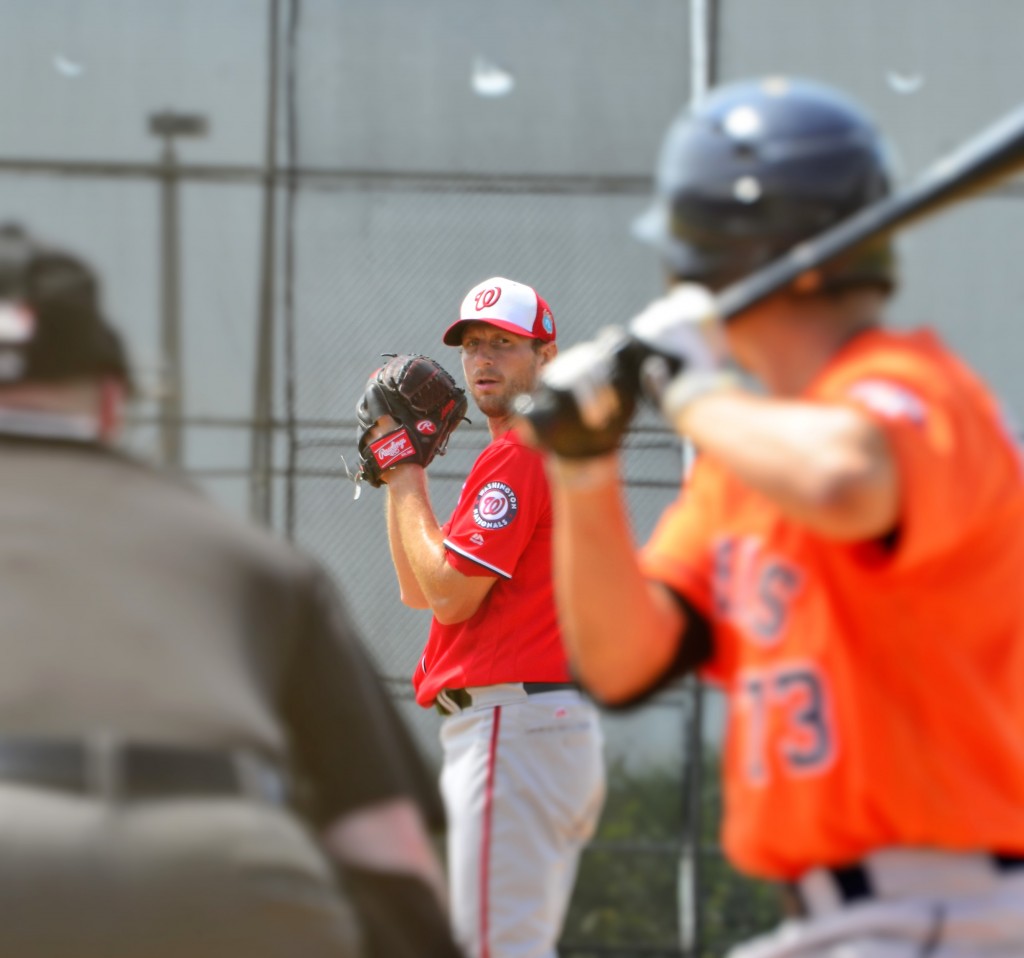 Cy Young was a great baseball pitcher and John Heisman was a pitcher himself growing up. They grew up near each other in rural Ohio. Cy Young was two years older. Heisman played all the sports growing up and preferred football and played in college at Brown University and later Heisman coached baseball, football and basketball at Georgia Tech as well as he became the head of the Atlanta Baseball Association.

Tim Tebow is trying to become a legitimate two-sport athlete in football and baseball, and the fact he made it this far in the New York Mets system shows he just isn’t a side-show even though his odds are long like they were for Michael Jordan to make it to ‘the show’. As most know, Tebow won football’s top collegiate award named after John Heisman known as The Heisman Trophy.

Today, in a 1:10pm game, the reigning NL Cy Young, Max Scherzer, will face-off against Tim Tebow in a match-up that is made for TV, even though it is not nationally televised, you can bet there will be video rolling. The game will be available on Mets radio live on the MLB app.

We are exactly one week away from the Nats opening day next Monday, April 3rd, and Mike Rizzo continues to pare back the roster as they released Joe Nathan and Matt Albers. The bullpen picture isn’t much clearer as Jeremy Guthrie and Vance Worley appear to still be in the mix along with Enny Romero, Sammy Solis, Koda Glover, Oliver Perez who all appear to be locks along with Blake Treinen, Joe Blanton and Shawn Kelley who are all going to be pitching in big spots for the Nats this year.

Here is how the Nationals line-up today against the Met’s Seth Lugo who returned from the WBC as he pitched in the finals game for Team Puerto Rico:

Here's how we're lining up against the Mets:

As you can see, Daniel Murphy is not in the starting line-up and will be appearing on the back fields at The Ballpark of the Palm Beaches for one of the Washington Nationals minor league affiliates today.

Trea Turner will lead-off with Jayson Werth back in the #2 followed by Bryce Harper, Anthony Rendon, Stephen Drew, Ryan Zimmerman, Adam Eaton, Matt Wieters, and Max Scherzer will bat for himself in the #9 spot.