Max Scherzer makes his Grapefruit League debut; Roark stars in the WBC; Zimmerman is in a groove

What an exciting 24 hours in Nats camp! Team USA is heading to the WBC finals which was all made possible by a four-inning shut-out performance by the Washington Nationals’ own Tanner Roark! Roark spun a 2-hit gem while throwing 48 pitches in a classic pitch-to-contact performance where he was pitch efficient averaging just 12 pitches per inning. Team USA defeated Team Japan 2-1 in a winner-take-all elimination game to advance to the finals tonight against Team Puerto Rico. Daniel Murphy unfortunately did not appear for Team USA. This is the first time Team USA has ever advanced to the finals of the WBC. 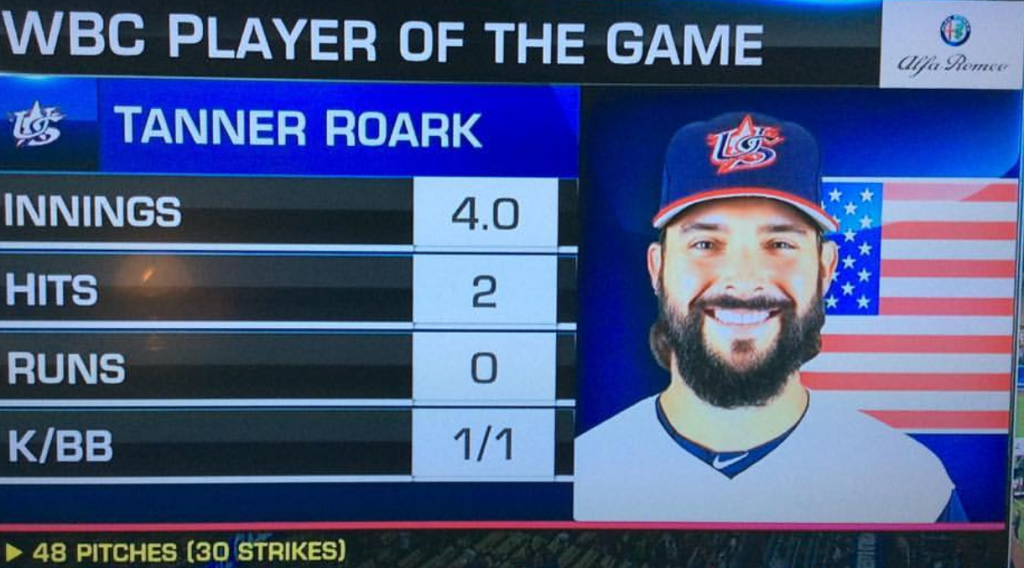 Back in Florida, Max Scherzer prepares for his first Grapefruit League start of 2017 and he gets to face the Cardinals in Jupiter. Scherzer had been working strictly on the minor league side of camp to get his work in and build up arm strength while he was recovering from a slight fracture in the knuckle of his ring-finger on his right hand. Scherzer had been throwing all 3-finger grip fastballs to alleviate the pain, but five days ago in a minor league start was able to throw his normal 2-finger grip fastball without pain.

Daniel Murphy will rejoin Nats camp on Thursday and will appear in Friday’s game at The Ballpark of the Palm Beaches against the Cardinals unless there was some compelling reason for Murphy to fly out on a red-eye tonight from Los Angeles and get into Thursday’s game against the Mets in West Palm Beach, Florida.

Meanwhile, Ryan Zimmerman has been knocking the ball all around the park and when things are going right, they are going right as he even snuck in a 2nd inning swinging bunt for a single on a 2-for-4 game to raise his batting average to a team-high .303 batting average among the regulars as Bryce Harper is hitting is hitting .282 and Rendon is at .278. What a turnaround for Zim who started the Grapefruit League season on an 0-for-17 start and since has gone en fuego with a 10-for-16 hot streak! 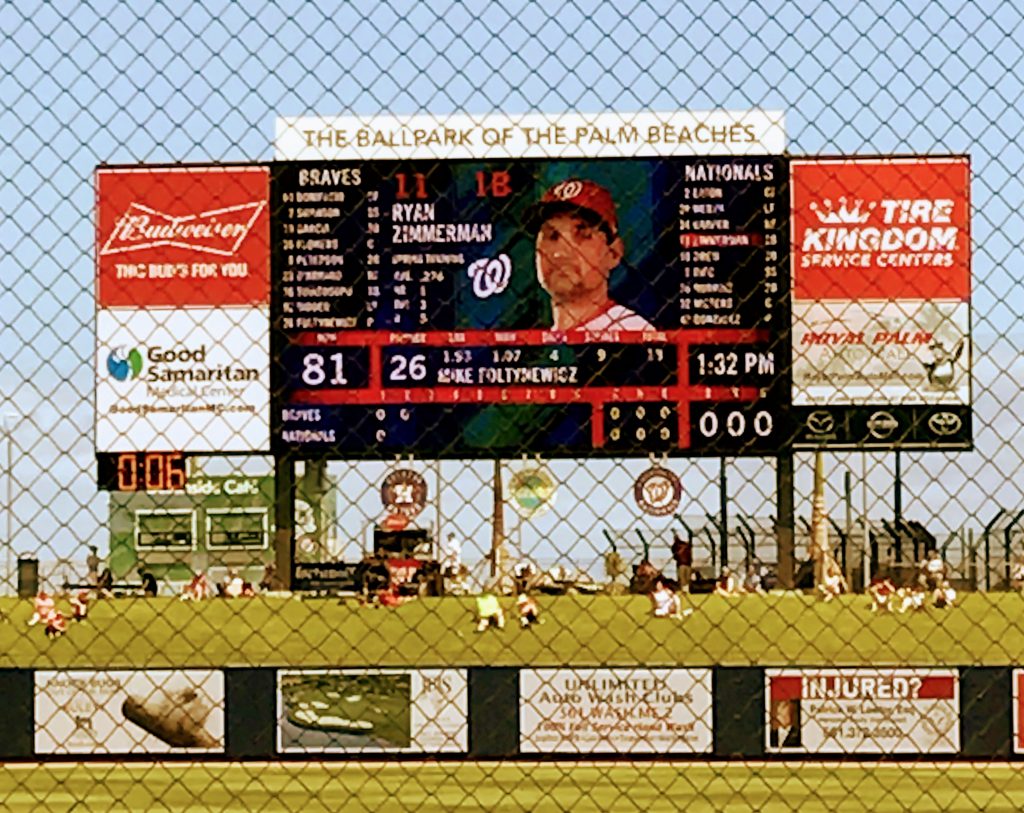 Photo by Lynn Grody for TalkNats

There is no television again today for the Nationals game and radio is provided on the St. Louis Cardinals’ feed.