While Bryce Harper posted up a video last night that he is on the Vegas strip, his teammates are checking into their spring housing in Palm Beach County, Florida. Bryce’s overlay, “HOME! 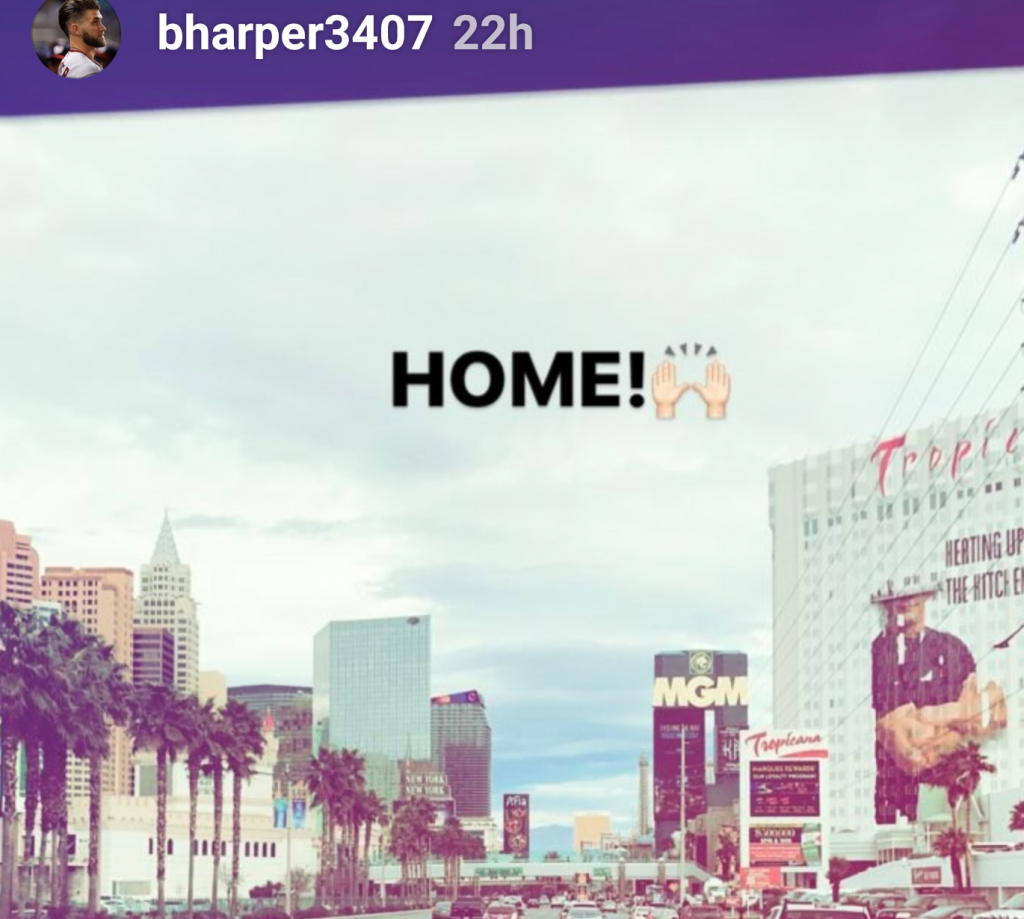 Everyone has their own pace on when to arrive for Spring Training. Washington Nationals’ position players must report on or before Friday, February 17th, which gives Bryce a few more days to enjoy his home in Las Vegas.

Meanwhile, Adam Eaton and his baby son will continue to entertain us from afar. Adam and his endorsers were kind enough to let us know that his 2017 gear is on it’s way. Last week, Phoenix Bats were making his bats made of ash and measuring at 33″/31oz. These are the AE94 model which features a medium flared handle and a large barrel. Adam switched in mid-2015 from the harder maple wood.

“This bat creates a ton of whip,” Brad Taylor of Phoenix Bats told us. “[The ash model] really flies through the zone.”

We asked Brad Taylor of Phoenix Bats if they make the bats on the Locatelli machines which are the most expensive and most precise computer guided machines available.

“Yes sir it is,” Taylor responded about the Locatelli machine.  “It’s the most advanced lathe in the bat industry.  It’ll cut and sand each bat in about 2 minutes and each bat is precision cut to within .01 milimeter.  Its a great asset for our pro players as [the bats] have a consistent feel from bat to bat is crucial for them to be comfortable when they get to the plate.”

After the bats are are cut to the exact dimensions, they are inspected and re-measured for weighed, length, and quality. Phoenix Bats will then add the desired color and add clearcoat which you can see on this video.

Those bats will then get the players names added to the bat barrel with the specifications and manufacturing dates. The last step before shipping will be to add the Phoenix Bats logo. 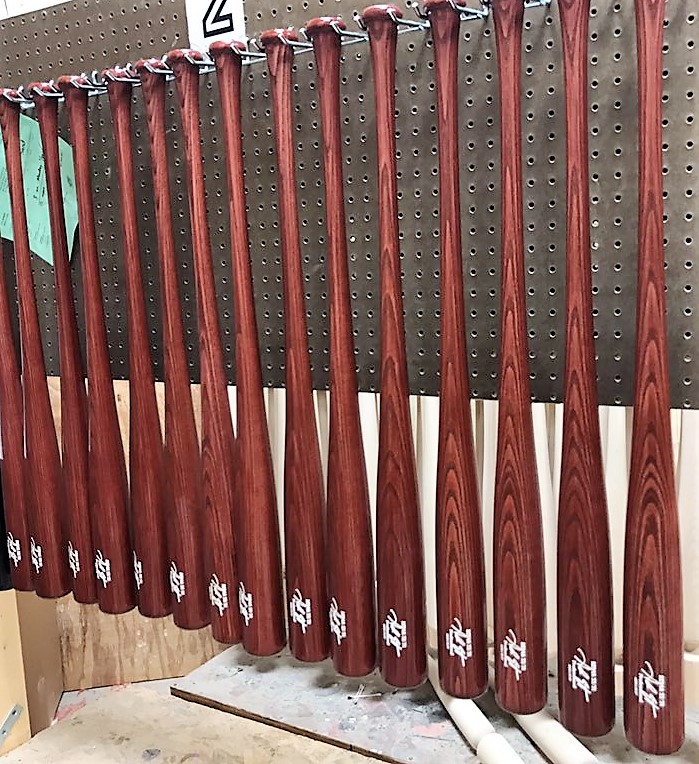 “I love the feel of the [Phoenix] bats,” Adam Eaton said. “It’s a high quality product made by higher quality people.”

We cannot wait to see Adam Eaton swinging the lumber this season! Eaton also is sponsored this year by New Balance for his cleats, and Franklin for his batting gloves and Rawlings for his fielding glove. 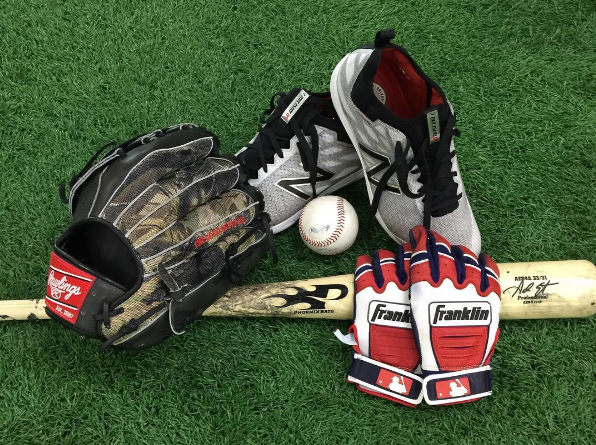 “Here is one of the pairs he wears,” Neil Brooks from New Balance told us. “He has a red pair [in Nats colors] as well but we don’t promote it online since it is used only for pro players.”

You would have to say that is a very nice looking pair of cleats that will only enhance the speed of Adam Eaton in the field and on the base paths. 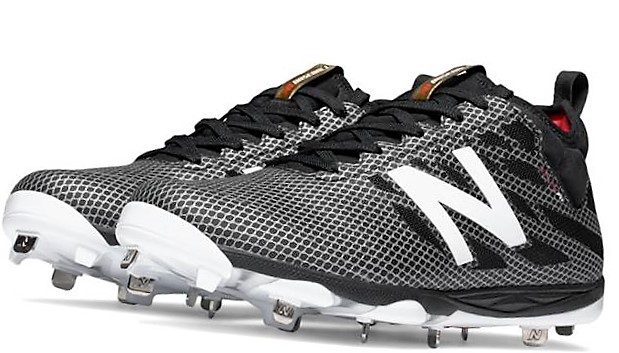 The batting glove from Franklin Sports is a custom design for Adam Eaton which will go perfect with the red, white, and blue Nats’ uni’s. 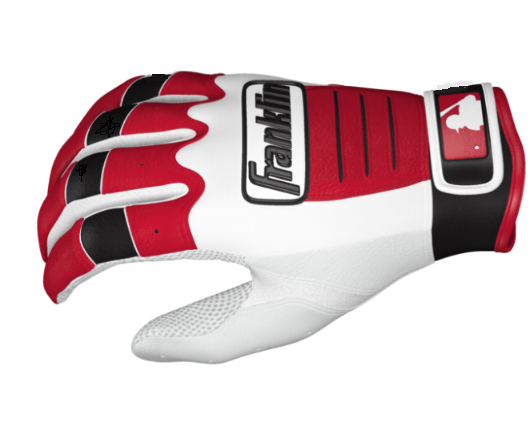 Lastly, this is the official 2017 Washington Nationals spring training jersey that all of the players will be wearing this season at The Ballpark of the Palm Beaches. The jersey pictured below of course is the Bryce Harper jersey. 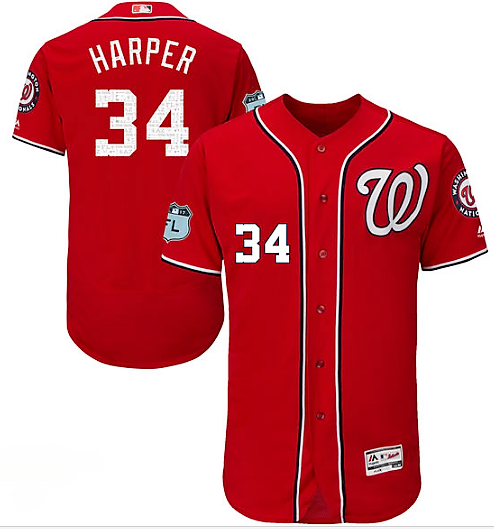 Here is what a game used Adam Eaton 2017 Phoenix bat looks like: 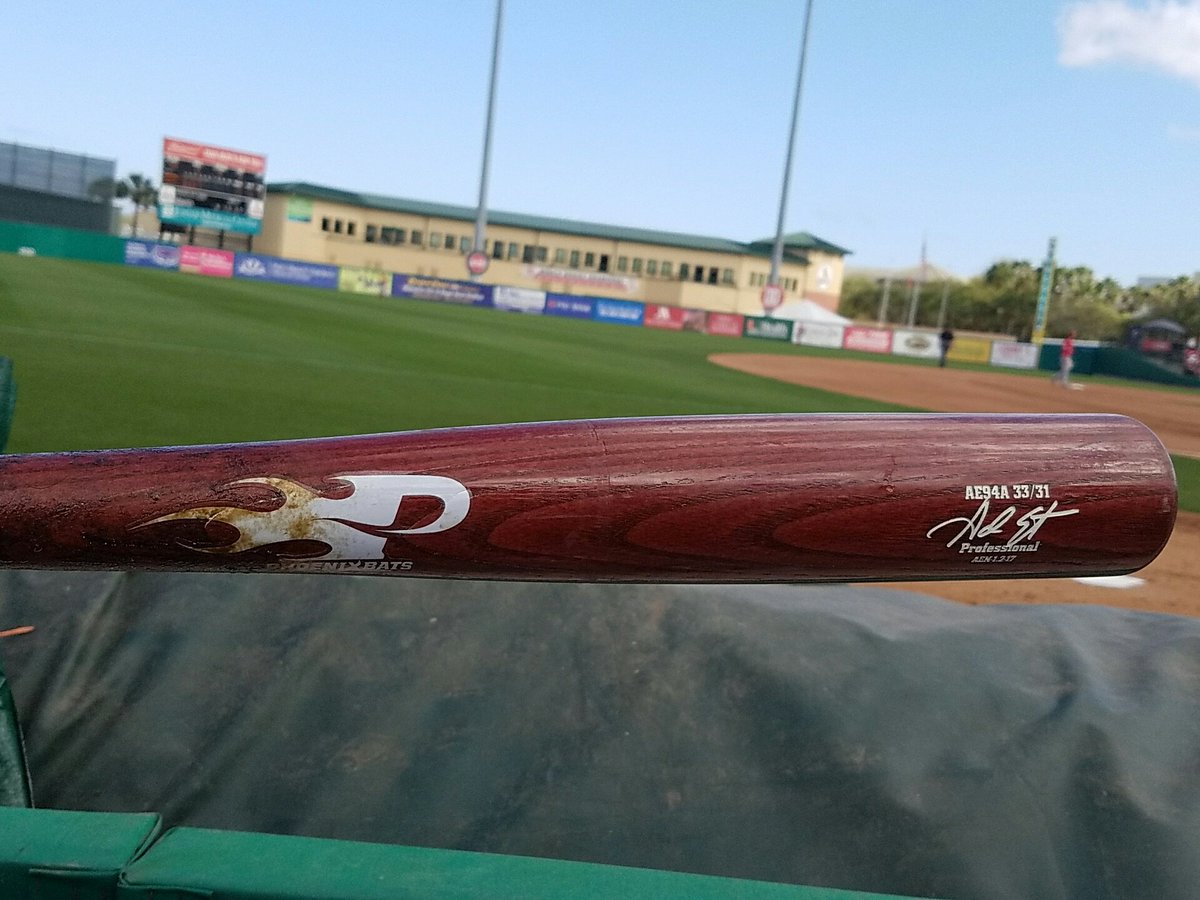