The Impressive Journey of Koda Glover 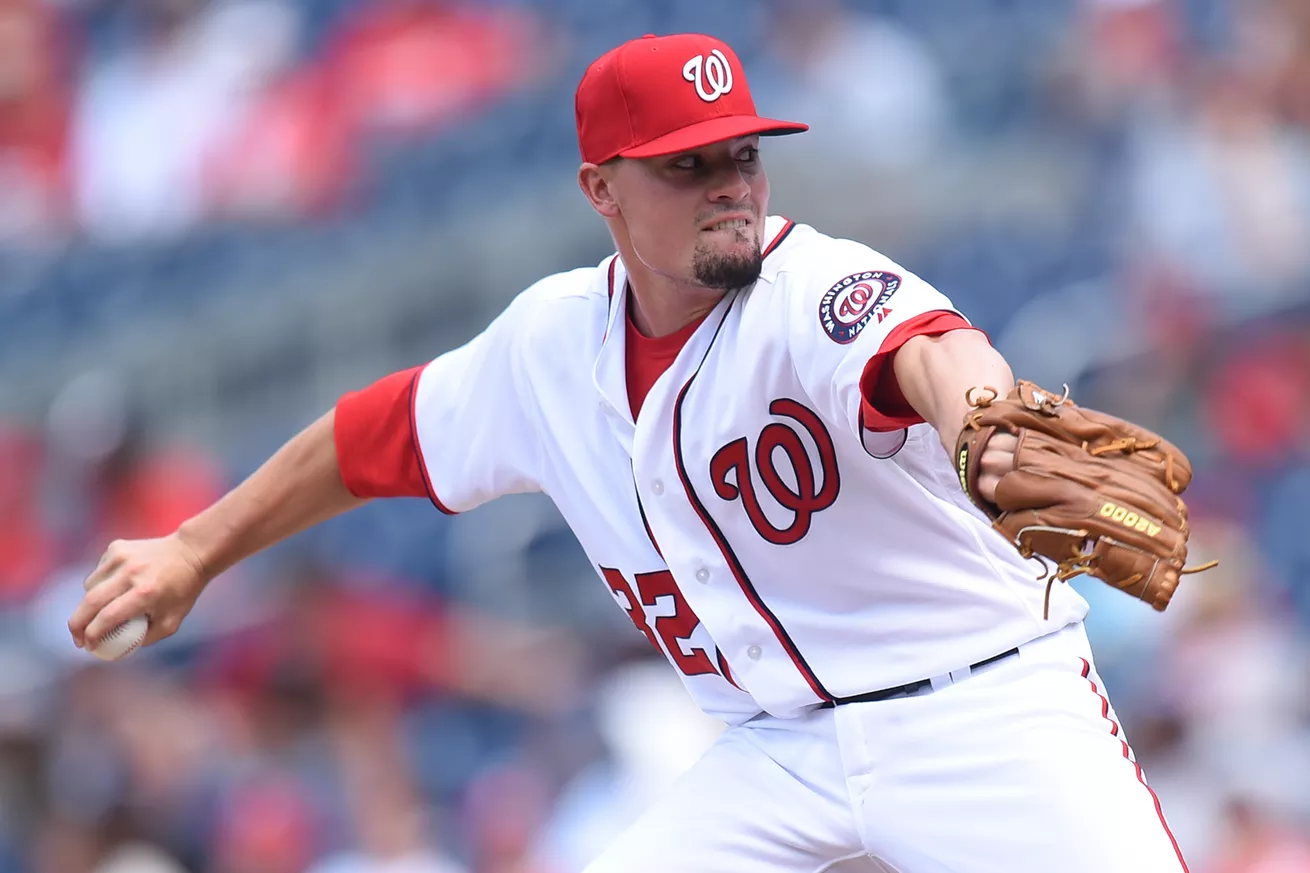 The name Koda Glover is relatively unknown outside the circle of Washington Nationals fans and insiders. The average MLB fan most likely won’t know who Glover is, but they’ll know soon enough. He was drafted in the eighth round of the 2015 major league draft. He made his Nationals debut just 13 months and one day after being drafted. The 6’5″ reliever is 225 pounds and is an imposing figure on the mound. Glover is native-American of Cherokee descent where Koda translates to ‘bear’, and Glover is self-described to having a bulldog mentality.

The incredible journey of Koda Glover from an unknown reliever at Oklahoma State to a potential closer in 2017 began in 2015, when he pitched in A- and A ball in the Nationals farm system. There he pitched games for the Auburn Doubledays, the Nationals A- affiliate, and didn’t surrender a single run. After just three games, they had seen enough, and Glover was promoted to the Low-A Hagerstown Suns to finish the year. He ended his time with the Suns after 24 IP, a 27.00 K/BB ratio, and 4 saves in just 16 games.

Glover began 2016 in High-A Potomac. While he only pitched in 7 games, he threw 9.2 innings and notched 2 saves while seeing his strikeout rate skyrocket from 28.1% to 41.7%. Once again, he failed to surrender a single run, and was soon promoted to AA Harrisburg. Of his time in the minor leagues, Glover pitched his “worst” in Harrisburg. In 22.1 IP, he had an 3.22 ERA and saw his BABIP shoot up to .339. That being said, his FIP in Harrisburg was actually better than in Hagerstown, resting at a very strong 2.28. He also decreased his walk rate from Potomac, bringing it back down to a more reasonable 7.5%. After just 17 games in Harrisburg (he had four saves in that span) he was promoted to AAA Syracuse.

Glover pitched in 16 games in Syracuse, notched two saves, and logged 24 innings. He had a respectable ERA (2.25) and FIP (2.92) and an impressive 7.33 K/BB ratio. His strikeout rate went down from 31.2% to 25%, but so did his walk rate, which decreased to just 3.4%. After thoroughly impressing in the minors, the Nationals felt he was ready to be called up on July 20th, and he made his MLB debut that same day, pitching a flawless inning on just 4 pitches, all of which were strikes. Dusty Baker was impressed with his debut and his attitude.

“We’re really impressed in our organization by him,“ Dusty Baker said after Glover’s debut. “He’s come on rather quickly.”

While Glover may have started the 2016 in Class A Potomac, in just a few months he had already made the big league roster. He impressed in the minor leagues, from A- all the way to AAA, but was he really ready for the jump to the big leagues? After all, Glover only notched 43.1 IP in the minor leagues last year, though he did record six saves and had a combined 2.18 ERA across all three levels.

His 5.03 ERA and 4.72 FIP in 19.2 IP while pitching with the Nationals seems to indicate he might not have been ready for the jump to the big leagues. Yet that’s not the entire story. Glover had a 3.27 ERA in 11 IP from his debut to the end of August, a great stretch for a young reliever, especially one with very little minor and major league experience. In September, things took a turn for the worst, as he compiled a 7.27 ERA in the remaining 8.2 innings before being shut down.

On September 26, Glover had that MRI revealing a torn labrum in the hip, which caused him to land strange and alter his mechanics. While Glover was quick to deny that his injury was entirely to blame for his subpar performance in September (“I don’t want to say it was the reason why I pitched bad there late, because it’s not,”) it’s not hard to imagine it did impact him in some way.

So did the Nationals make a mistake by putting Glover on the fast track to the big leagues? If we blame his poor September performance entirely on the injury, then the Nats made the right call. Yet if the injury was only part of the problem, then it might be worth having Glover start the year back in Syracuse, if only to give him some more minor league experience. Impressing in the minors and impressing in the majors are two entirely different things.

If Glover is as good as his minor league numbers suggest, and performs more like he did in July and August, he certainly has the “stuff” and skill to close for the Nationals in the future, and at the moment an in-house option seems like the easiest route for Mike Rizzo and the rest of the organization to take. We’ll just have to wait and see. After all, it’s only 17 more days until pitchers and catchers report for spring training.

This chart tells an interesting story. We all knew Koda Glover was a fastball/slider pitcher who had been experimenting with a changeup and curveball when he was in Hagerstown. This chart tells us that the changeup experiment ended, and Glover started to throw the curveball in games in August. Glover’s slider also ticked up in velocity towards the end of the season. Glover’s fastball velocity dropped towards the end of his season and was most likely caused by his hip injury.

“Koda did not want to tell us that he wasn’t feeling right,” Mike Rizzo said after the season. “But his stuff is unmistakable, and he’s got the skill set and the stuff and the attitude to pitch meaningful innings in the late part of games.”

Health will be a key for Koda Glover as the stuff is there. All eyes will be on Glover in this spring training.

Northwestern University Class of 2021, writing about all things Nationals for Talk Nats, The Medium and ROBaseball.com. Twitter: @Michael_Daalder
View all posts by Michael Daalder →
This entry was posted in CoachingStaff, Koda. Bookmark the permalink.
← Previous Article | Next Article →